Christen
Press (m. 11) and Megan
Rapinoe (m. 87) gave the United States the victory against Marta’s Brazil (2-0) in the SheBelieves Cup this Sunday. The US team tops the tournament standings with two wins. Winners of the last two World Cups, they are now undefeated in 36 consecutive games and 52 in a row at home.

The Americans have won five games in a row against Brazil and are unbeaten in the last seven games. The team is 20-0-2 against Brazil on US soil. “I am disappointed with the start of the match, of course. We conceded a goal. But not just a goal, the way we played our attack in the first 20 minutes, ”said Brazil coach and former USA coach, Pia Sundhage of Sweden.

On the first goal, Press received a pass from Lindsey Horan and ran down the left wing, dodging a defense and scoring from a long shot and crossed. It was Press’s 10th goal in his last 13 games with the national team and his 59th international goal. 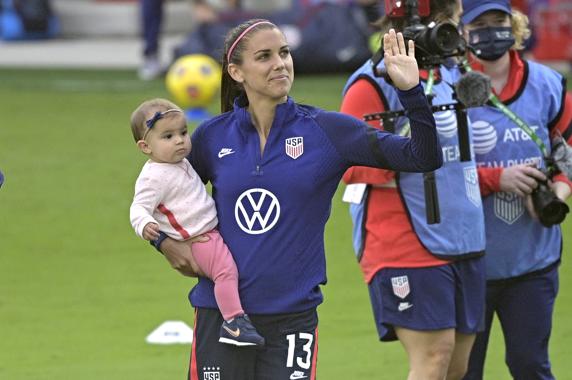 Alex Morgan returned to being a starter after being a mother

Alex Morgan started for the first time with the national team since giving birth to daughter Charlie last year. Morgan and Press were substituted in the 71st minute and replaced by Rapinoe and Carli Lloyd. Horan served the ball in the area for Rapinoe, who scored in the 88th minute. After scoring, Rapinoe made a gesture of rocking the baby in honor of her teammates Ali Krieger and Ashlynn Harris, who recently adopted their daughter Sloane.