The SUV type vehicle segment does not stop growing with models of all kinds. Large, medium, small, luxury, with coupe design, one hundred percent electric… The variety is such that drivers often have a difficult time choosing the model that best suits their needs. On this occasion, we focus on two large SUV whose interior can be configured with 7 seats: the Kia Sorento and the Skoda Kodiaq.

From At the beginning of this 2021, Kia has been marketing the fourth generation of the Sorento in Europe. In addition to the noticeable design change made compared to the third generation, the fourth gives the lug slightly with a length increased by 10 mm, to 4.81 m. However, what has changed the most in the South Korean firm’s vehicle has been its great technological load at all levels.

In the inside, the multimedia systems that this model incorporates are new and may include a 8-inch screen (in the less equipped versions) or a 10.25-inch screen (for the most equipped). In all cases, compatibility with technologies is supported Android Auto and Apple CarPlay, although the most advanced and exclusive multimedia system offered by this model offers constant Internet connection via virtual SIM card.

In the equipment of Sorento IV safety there are several prominent systems and technologies. One of the most relevant devices is the so-called Multi-collision Brake or «Kia’s multi-collision brake system», which actively activates the brakes after suffering an accident or impact in which the airbags have been triggered in order for the car to continue moving and to suffer a new collision or impact. There are also other systems such as blind spot control (with a camera system in the rear view mirrors pointing towards this area and showing it to the driver), active cruise control (the vehicle can stop and resume on its own), Lane Keeping System, Driver Fatigue / Fatigue Detection, Cross Traffic Alert when Reversing and Parking Assist, by means of which the driver can move his car from outside the vehicle through the control of the key (to remove the Sorento from very narrow gaps that prevent the doors from opening).

Other relevant elements in the equipment of the Sorento IV are the chill descent control, a wireless charging zone for smartphones, Head-up Display system of information projected on the windshield and a sound system with 12 speakers from the specialist Bose.

The volume of cargo capacity in the trunk is 821 liters (in five-seater mode and somewhat less in the hybrid and plug-in hybrid versions), a volume that can increase to 1,996 liters if the second and third rows of seats are folded.

The Marketing of the Kodiaq 2021 has recently started in the Spanish market. The first model dates from the autumn of 2016, so the Czech firm of the VW Group has considered that it was the right time to bring it up to date in the face of its varied and wide competition.

The renewed Kodiaq 2021 is now available in the Spanish market with the trim levels – Active, Ambition, Style and Sportline– and a little later the special versions L&K and RS. On an aesthetic level, the Active, Ambition and Style versions feature various aluminum-effect details on the front apron and on the rear apron. On the outside, the raised hood and slightly redesigned front grille are also not unnoticed. 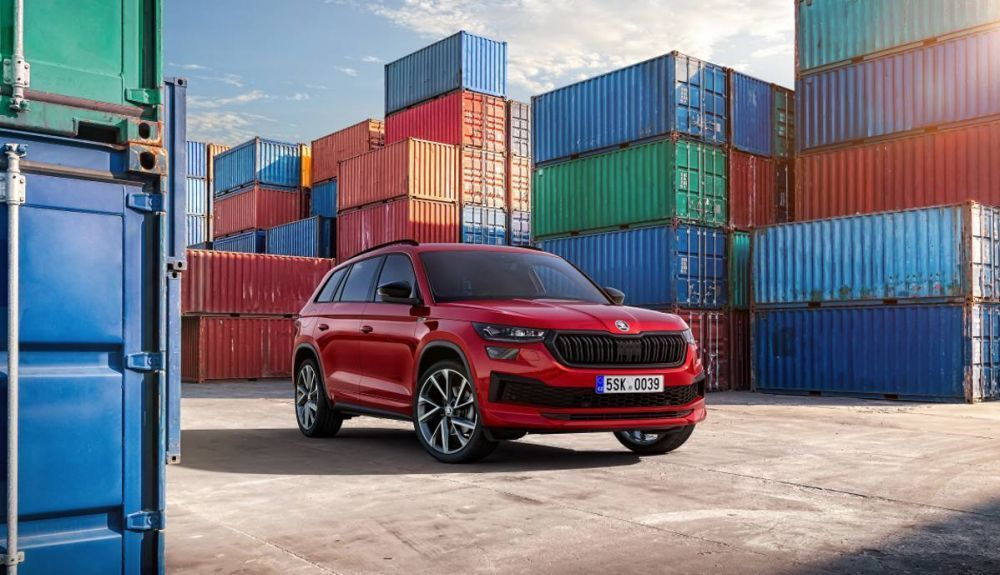 One of the most relevant novelties in this update of the SUV of the Czech firm corresponds to the nNew headlights with Full LED Matrix technology (as an option on the Ambition trim level and standard on the RS and L&K variants). Other new exterior elements are the new 18-20-inch alloy wheels with a more aerodynamic and optimized design, in addition to the new special Aero wheels, the redesigned front and rear bumpers, the new rear spoiler in gloss black and the new wings on the sides of the rear rear window that improve aerodynamic resistance. For its part, the RS version now includes a specific front bumper with more aerodynamic shapes, as well as another series of exterior and interior decorations that accentuate its more sporty character.

The 2021 Kodiaq cockpit The most important changes are the new decorative inserts, the new stitching of the seats and the door panels and the improved functions of the on-board lighting system. Also noteworthy are the new ergonomic perforated leather seats with multi-position power adjustment, also equipped with ventilation and massage functions. On board, another of the optional technologies is the optional new generation Canton sound system, now equipped with 10 speakers (instead of the 8 speakers that the previous one had).

The Virtual cockpit concept behind the wheel with a 10.25-inch digital display and four different designs is available as an option for the entire range, although it is offered as standard in the RS variant. The multimedia systems available on board are called Bolero, Admunsen and Columbus. The central screen of the dashboard can reach a size of up to 9.2 inches, depending on the version chosen. For its part, on board you can also enjoy many of the apps installed on smartphones (due to their compatibility with the technologies of Android Auto, Apple CarPlay or MirrorLink connectivity), which in turn connect to the vehicle’s multimedia system through the new Wireless SmartLink wireless technology. On the other hand, the new Skoda Connect online infotainment services allow, among other things, remote access to the vehicle via the MyŠKODA app, which makes it possible for the driver to open or close his vehicle via his smartphone. 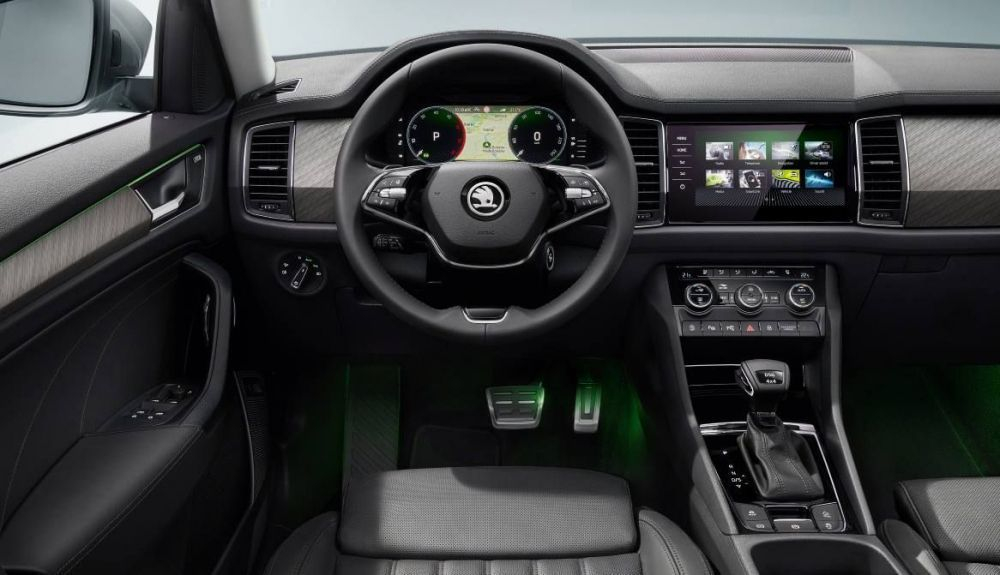 The other two gasoline engines in the mechanical range are the 1.5 TSI 110 kW (150 PS) with Active Cylinder Technology cylinder deactivation system (two of the four cylinders are deactivated depending on the demand of force / power according to the driving conditions) and the 2.0 TSI of 140 kW (190 hp).

Finally, at the level of security, highlights the new improvement of the Crew Protect Assist technology, now equipped with additional radar sensors at the rear to monitor, monitor and, in the extreme case, even act against vehicles that may present a risk of impact in the rear area.