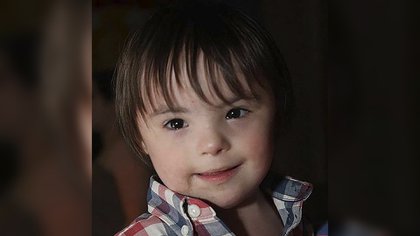 The incident occurred at around 20 on October 10, 2017, in a building located on Calle 9, between 55 and 56 in the heart of the city of La Plata, when Renzo Villanueva fell from the balcony of the 7th floor “A ” and died

The criminal justice of La Plata will resume today the oral trial that was suspended last March due to the coronavirus pandemic and that had a man and his partner as accused of killing his 7-year-old son, with Down Syndrome and who in 2017 fell through a window of the building in which they lived in the center of the Buenos Aires capital.

The Oral Criminal Court 3 platense After more than eight months without hearings, it resolved to resume the debate with the allegations stage which were scheduled for last March 25.

Diego Villanueva and Rosa Martignoni are tried, accused of the crimes of “homicide qualified by the bond” in the case of men and “simple homicide” of women.

It all happened around 20 on October 10, 2017, in a building located on Calle 9, between 55 and 56 in the heart of the city of La Plata, when Renzo Villanueva fell from the balcony of the 7th floor “A” and died as a result of the blows suffered.

The two defendants in their investigative statements argued that the child was playing in a room that overlooks an internal courtyard when he allegedly dropped a toy and that is why he would have leaned out the window, lost balance and rushed into the void although Angela Donato, the boy’s mother accused the couple of throwing him out the window.

In an interview with ., the woman assured that she hopes “that justice is done” and relied on “the common sense of the judges beyond the evidence presented” in the oral trial.

The woman however, admitted not having “many expectations because justice always failed me and that is why we are now in a murder trial ”.

Renzo is a victim of his dad and the decision of the justice that put him in his hands, ”he said in relation to the previous complaints he had made for alleged beatings that the boy received when he visited his father.

At the start of the trial, the prosecution announced that it will seek to prove that it was a homicide Although it will also request in a subsidiary way a conviction for wrongful death, while the defense points out that it was an accident and will request the acquittal of the accused. 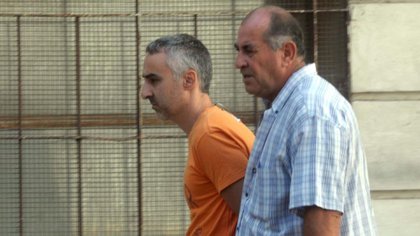 Diego Villanueva (photo) and Rosa Martignoni are being tried, accused of the crimes of “homicide qualified by the bond” in the case of the man and “simple homicide” of the woman

For its part, the tried couple was detained for a few months but last year the La Plata Appeals Chamber granted him the benefit of house arrest.

A judicial source explained to . that in the hearings scheduled for December 1 and 3 Only the judges, defendants, their lawyers, the prosecution and the individual victim and the mother of the child will be present in the Courtroom.

Angela further told the news agency that her attorney, Gastón Nicosia presented a request for annulment of the trial due to the time elapsed between the last hearing and its resumption that according to the Buenos Aires Code of Criminal Procedure cannot exceed 10 days.

“With the time that has elapsed, you can lose track of everything that was discussed, of what the witnesses said, no one can guarantee that they remember it verbatim,” he specified in relation to the request that was rejected by the Court.

The presentation was based on the fact that the Code of Criminal Procedure it establishes the grounds for which a trial can be suspended although it clarifies that “it may not exceed ten days, otherwise the trial will be annulled and a new one will be held.”

A balcony collapsed in Recoleta: 3 people are injured

Three balconies fell from a building in Villa Gesell: there were no injuries