The ‘Middle Sunday’ It wasn’t just a day off for the grass of Wimbledon will rest. It was a day of respite to satisfy the residents of the neighborhood of Merton and that ended up creating two fantastic days for the public, the ‘Manic Monday ‘ and the ‘People’s Sunday’, traditions that will disappear from 2022.

This was announced by the organization of the All England Club this Tuesday. There will be no more ‘Middle Sunday’ from 2022. The most traditional tournament of all is matched with its brothers in Paris, Melbourne and New York and will become a fourteen-day event, eliminating the day of rest.

And is that the ‘Middle Sunday’ is a custom that was born in the 80s when the tournament went from playing its final on Saturday to Sunday. Residents of the London neighborhood in which Wimbledon is located protested. Its power is very great and today a curfew is maintained at 11 at night that forces the tournament to close, even if there are games at stake, so as not to disturb the rest of the neighbors.

Their strength is such that they put pressure on the organizers so that, if they took away the Sunday after the final, they would introduce a rest day in the middle of the tournament. And they did so, adding as an excuse that it would also serve to give rest to the grass, increasingly punished over the years and the absence of the game on the net.

The ‘Middle Sunday’ also caused that at the end of the first week, with the dispute of the first three rounds of the tournament, all the knockout stages, both male and female, were crowded together on Monday, in what was known as’ Manic Monday ‘.

Now, the eighths will be divided and some will be played on Sunday and others on Monday. This also ends with another special day, with ‘People’s Day’, an exclusive day because it was only enjoyed four times in all of history.

When the rain interrupted the usual dispute of the matches, Sunday could be used to recover. It happened in 1991, 1997, 2004 and 2016 and as it was an unexpected day, prices were reduced to a minimum, resulting in the exclusive public of the All England being replaced by ordinary people. 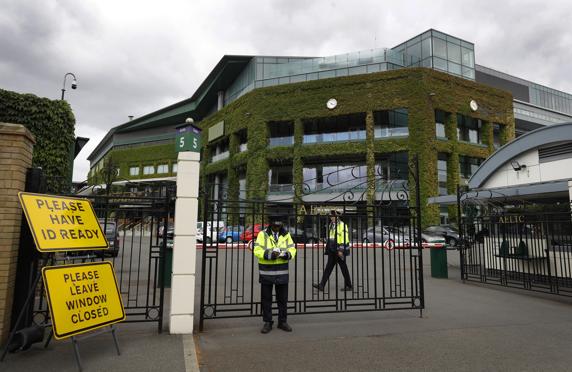 The 2021 edition will be the last with ‘Middle Sunday’

“The games I played on ‘Middle Sunday’ at Wimbledon were against two of the best environments of my career,” he said Tim henman, who played it in 1991 and 1997. “It’s one of the best days in tennis,” he admitted.

By allowing people to enter center court at non-abusive prices, it created an atmosphere similar to that of the 2001 final, when Goran ivanisevic was imposed on Patrick Rafter. That edition, the rain forced the final, instead of being played on Sunday, had to be moved to Monday. It was created in the center court, whose seats, 50% are distributed among the great families of England, an unusual and precious atmosphere. With Croatian and Australian flags and chants, as if it were a match in the defunct Davis Cup.

This is impossible to repeat, since the center court and court 1 have a roof, just as it seems unfeasible that there is again a ‘People’s Day’. One bullet will remain, since the 2021 edition will be the last with ‘Middle Sunday’, the tradition that Wimbledon did dare to remove.