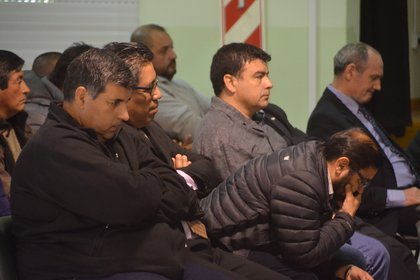 Part of the group of accused penitentiaries (Sebastian Fariña Petersen)

The responsibility of eight agents of the Federal Penitentiary Service regarding the torture and the murder of Argentino Pelozo Iturri in a jail of the former Penal Unit 9 of Neuquén in 2008 he was confirmed by the National Chamber of Criminal Cassation.

The judges Eduardo Rafael Riggi, Juan Carlos Gemignani and Liliana Catucci they ratified the sentence to life imprisonment for those responsible for the death of the detainee after the March 2019 ruling of the Neuquén Federal Oral Court.

Even though the body of Pelozo Iturri I was shattered, the murderers and their accomplices, among whom are doctors and nurses, they managed to preserve lies and impunity by hiding evidence for ten years. However, after a trial that took four months it was found that the prisons tortured the prisoner to death.

Upon confirmation of life imprisonment, the condemned will stay in jail where they will spend the rest of their lives. Paradoxically, it is the same place where they worked, but they are already on the same side of the bars as their victim. 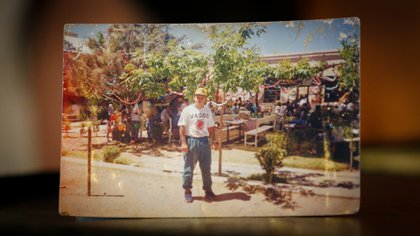 Argentino Pelozo Iturri, in the only photo that is known of him (Nicolás Aboaf)

“We do not warn that life imprisonment is irresponsible or disproportionate”, considered in a 200-page ruling the chambermaids, in response to the defense of the eight penitentiaries, who had raised in their appeal the unconstitutionality of the maximum punishment.

The conviction in the Pelozo Iturri case is historic. Its about first ruling against prison officers for the death of a prisoner, a very difficult crime to prove because the witnesses are the suspects’ own fellow penitentiaries or prisoners who, by testifying against those who watch them, feel they are risking their lives.

“These practices, undoubtedly, do not arise from occasional occurrences of a deviant prison, but rather are part of a systematic and widespread practice which, even tacitly allowed by the prison authorities, also generate, in whoever carries them out, some sadistic pleasure and a confident sense of impunity as to the fact that the prisoner will not denounce him, your bosses won’t question it and, finally, when the case in which the wrongful act is known, – it hurts to say – the prison authorities themselves, will do what is necessary to cover up the fact or protect the perpetrator, while the judicial investigation – if it reaches these stages – hardly advances due to the sad decision (many times) of the victim herself who, out of fear or suffering threats, desists from reporting, ”wrote judges Marcelo Grosso, Orlando Coscia and Alejandro Vidal, in his first instance ruling.

The accused are Héctor Oscar Ledesma, former head of UP9; José Roberto Sosa, former deputy chief of the prison; and Daniel Ricardo Huenul, former head of external and internal security, for the crimes of omission to avoid the commission of torture and ideological falsehood qualified by the quality of being public officials. They all originally received between six and six and a half years of sentence.

In addition, the penalty was ratified by former SPF Regional Head Gabriel Eduardo Grobli, for the crimes of concealment doubly aggravated by the seriousness of the crime and by the quality of public official, failure to report the commission of the crime of torture and omission of an act of his office; also six years old, and those of the Unit doctor, Juan Carlos Heredia (four years in prison) and the nurse Miguel Angel Carrilao (three years and 6 months), for the crimes of omission to denounce doubly qualified by the nature of the hidden crime and because they are public officials.

However, in those cases the chambermaids resolved to annul the penalties imposed and forward the case to the Federal Oral Court for a new penalty, since, in the opinion of the Chamber, some mitigating factors were not considered by the judges of first instance.

The death of Pelozo Iturri, who had been officially registered as a “sudden death”, it survived impunity because it never closed the investigators of the National Penitentiary Office., who initiated the case and integrated the complaint. After ten years, they were able to gather a compelling body of evidence.

Argentino Pelozo Iturri had been transferred from the Ezeiza prison to Unit 9 in Neuquén three days before he died, that fall of 2008. He traveled injured, handcuffed and in a truck, without stops, without ventilation or food and in an irregular manner: no one notified federal judge Sergio Delgado of the “move”, in charge of his cause, who should approve the change of place. Neither did they notify the relatives of the detainee. 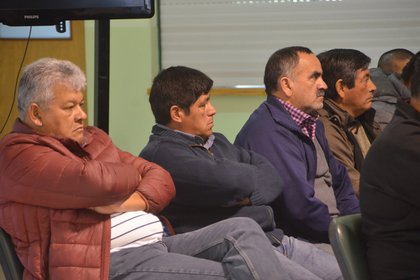 Some of the torturers in prison (Sebastian Fariña Petersen)

The man, 38, he had fallen for murdering a policeman 20 years earlier. “El Rengo Argentino”, as he was known in prisons, had already been in the Neuquén prison in 1996.

The story of the death of Pelozo Iturri is a black chain of impunity, omissions, adulterations of the autopsy, tightening and even another mysterious death before trial started in October: that of the key witness, the only prisoner who saw his cellmate being beaten to death.

That April day when Pelozo Iturri returned to Neuquén they were waiting for him. Ezeiza prisons gave him a lethal farewell: a beating that injured his legs to the point that he could hardly walk.

Those from Neuquén welcomed him, which in prison jargon is a torture combo organized by the authorities consisting of beatings, kicks and the “water bomb”, hose of ice water on the inmate’s naked body in the Patagonian weather.

Later he was locked up in a “mailbox” of isolation ward 10 and They took him out to kill him 72 hours later, although the official excuse was that the detainee had had a psychotic break and they tried to “help him and save his life” without success.

But the prisoners in the adjoining cells heard the blows against a body, the prisoner’s shields against the floor and the walls, and strokes and dragging and screaming and the voice of “Rengo Argentino”, who pleaded: “DO NOT PUNCH ME ANYMORE.”

Vergara, John and Muñiz, those who went to look for him at the “mailbox”, claimed that the blows were inflicted on him alone against the floor and walls. But Pelozo Iturri was handcuffed. They also said that he later fell off a ladder and vanished in the infirmary. 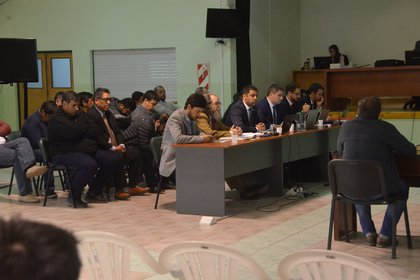 In hall 11 a detainee saw him being taken out into the corridor between “eight or ten prisons” and declared that he saw how they carried him up the stairs to the infirmary with blows and with sticks to the neck. “That day I felt the presence of death”he said at the trial. Another prisoner heard Pelozo Iturri’s screams from the central courtyard of the prison: “Don’t hit me anymore, they will kill me”.

Another detainee declared at trial that he saw how the body of the requisition beat him on the head until they fainted and transferred him “apparently unconscious” to the infirmary, from where he heard screams “heartbreaking torture, as if he was being butchered”. That same man saw Cackle, who told a prisoner: “This one doesn’t fuck anymore”.

In the infirmary two more witnesses were decisive for this sentence. One of them revealed that when they entered Pelozo Iturri they took him out, but that as he left he heard noises of blows and screams of pain.

The other was the prisoner at the time Luis Abella, the most important man on the case, who never testified. Why is dead. He was stabbed to death after entering the witness protection program, in a cause still unpunished, riddled with inconsistent facts and mystery, which is probably now beginning to be investigated as a derivation of this cause.

The torturous death of Pelozo Iturri in a dungeon told by his daughter: “My father was handed over to me in a crate of apples”