The fossil history of the sharks Modern dates back to 295 million years ago. But it has not always been easy to find complete remains of these animals. Their skeletons, made up almost entirely of cartilage, have only been preserved in very special circumstances during the fossilization process.

Most of the extinct sharks have been known thanks to their well mineralized teeth, which grow and are replaced throughout their lives

Despite this absence in the fossil record, most of the extinct sharks have been known thanks to their teeth well mineralized, which grow and are replaced throughout their life. It is these fossils that provide a deeper perspective on the evolutionary history of these predators.

A study, published in the journal Paleobiology, has now made it possible to review the fossil record of the 22 extinct species of tiger sharks, belonging to the genus Galeocerdo, thanks to the analysis of the morphological diversity and disparity of their teeth.

To do this, scientists from the Paleontology department of the University of Vienna (Austria) used geometric morphometry, a tool based on reference points to determine the shape Y morphological characteristics of teeth depending on the different extinct species of tiger shark and the current one.

The results show that, although these sharks were more diverse in the past, only five of the 22 fossil species of tiger sharks known are actually valid taxa, in addition to the current one (Galeocerdo cuvier), the only one that has survived to date and the only one. representative of the genus.

An origin that is millions of years ahead

In addition to its characteristic stripes on its back, more marked in juveniles and that fade in adults, the modern tiger sharks stand out for their teeth unique: large, sharp, very pointed and with serrated edges that allow them to easily break the bones of other animals as well as tortoise shells.

The authors have been able to identify 37 teeth, found in Florida in the USA, from 13.8 million years ago, and associate them with this species

These cosmopolitan sharksfound in the warm and temperate waters of all the world’s oceans, they are one of the largest predators known today. Until now, studies dated its origin to 5.3 million years ago.

However, although there were no remains of tiger sharks in the fossil record from the Middle Miocene, the authors have been able to identify 37 teeth, found in Florida in the USA, from 13.8 million years ago, and associate them with this species. This delays its appearance from the early Pliocene to the middle Miocene and shows that it originated earlier than previously believed. 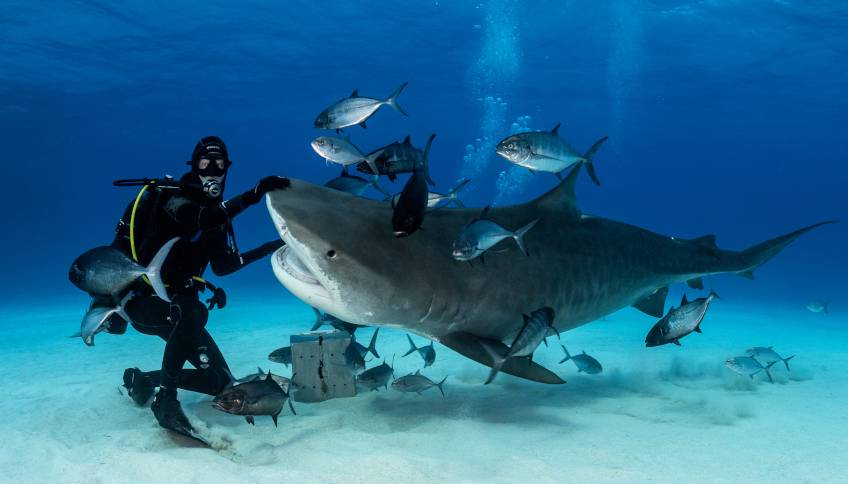