“When we smell another body, we possess it instantly, as if
outside his most secret substance, his own nature.
Jean-Paul Sartre

At the door of a restaurant, a couple waits. A parking attendant brings his car over to them and hands the man the keys. A few minutes later, already in the middle of an avenue, the driver notices something strange. He frowns, puts his hand to his nose.

“Do you smell something?”

“What if I smell something?” Of course I do, ”her companion replied, disgusted.

“The valet had BO, body odor.”

-Can not be. Nobody smells like that. The whole car sucks, ”he says, sticking his head out the window so he can breathe.

The next day, the bad smell was still there.

I opened the door and the stench hit me like a punch in the face. It’s like gaining strength. I never smelled anything like this in my life. Even Superman would be helpless against a pestilence like this.

The lingering mist didn’t go away even after heavy washing. Unable to sell it, the comedian Jerry seinfeld he ends up leaving the car and keys in plain sight on the street in the episode “The Smelly Car” of his famous sitcom, hoping that it will be stolen and the insurance company will give him some of the money back.

The peculiar smell that surrounds us and is ejected from each of our most intimate nooks and crannies varies according to our health and age, according to what we eat, according to the times we bathe per week or the hygienic customs of the culture to which we belong. 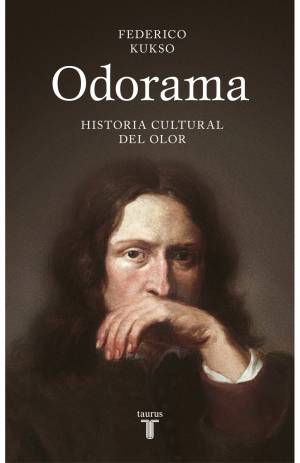 Temple of personal identity, traitor of the most iron will, the human body is smelling flesh, a symphony of odors out of tune. From the tips of the toes to the most extreme and unruly hair, our bodily continent smells. The fault, of course, is ours: the peculiar smell that envelops us and is ejected from each of our most intimate nooks and crannies varies according to our health and age, according to what we eat, according to the times we bathe per week or the hygienic customs of the culture to which we belong.

Still there is some shared responsibility with our invisible tenants: the one hundred trillion bacteria that live inside and outside of us and guarantee that we are never really alone. They colonize every space of our individuality. And there are many. In our mouth, for example, there are more bacteria than people on Earth: about 300 different species. The navel is a true jungle: 2,368 different types of bacteria live there.

In truth, a monument should be made to these microorganisms with so much bad press. They are the true queens of the planet. Thanks to them, we survive: they help us digest our food by releasing the nutrients we need to exist. Silently and in the deepest darkness within us, they produce vitamins and minerals that are lacking in our diet. They break down dangerous chemicals and toxins. They protect us from disease by crowding out the most dangerous microbes or directly killing them with antimicrobial chemicals.

It is usually pointed out to sweat As the root of body odor, but this clear liquid secreted by the sweat glands of the skin, which is expelled through the pores and is composed of water and 1 percent salt, ammonia, calcium and other minerals, is innocent: in itself it does not smell. The true authors of our aromatic signature are the bacteria that feed on the ingredients of this annoying fluid. In the process of their digestion, they release molecules that affect the way we smell. In fact, each species creates its own scents. For example, the genus Corynebacterium – more dominant in the male armpits – turns fat into something that smells like onion and testosterone into something that smells like vanilla or urine. The population of bacteria – or microbiome – in the armpit is believed to be stable, ensuring that our scent does not change a lot from day to day.

Thus, each person has a unique odor that emerges from their skin, on which neither cleaning nor perfume acts and that mediates their bond with others. Body odor, in the words of the anthropologist David Le Breton, individualizes us like fingerprints. It exposes us. Reveals, in the words of the German sociologist Georges simmel, our privacy.

In this sense, the sum of all the smells that our body gives off constitutes ours’scent passport‘, which we get used to and in certain cases we find addictive. In James Joyce’s novel Ulysses, Leopold Bloom exemplifies his ‘bromidrophilia’ or enjoyment of his own smells: he can’t help but delight in the scent of his own feces while reading the newspaper in the bathroom.

This odoriferous identity document is personal and unique and acts as an olfactory label that our pets they are able to easily identify despite changing throughout our lives: a teenager’s room does not smell the same as a baby’s room or a nursing home.

Each person is in this way a unique olfactory work. Our smells constitute a piece of that great puzzle that makes up our identity. And with them we mark the spaces. We do not recognize our house only by the furniture and objects that, with their mere presence, establish paths where to circulate and be. Rather, we distinguish it for its peculiar and irreproducible smell, for the atmosphere of our private planet, that strange parallel dimension in which we inhabit much of our days and that we use as a lair before embarking on our daily return to what we call reality: the street, work, the world. Our intimate space is a scented space, or in the words of the Argentine writer Julio Cortazar, “Enclosures where a heavy air comes and goes with an old perfume and a silence”.

The sheets that are spread on the mattress are impregnated by the aroma of corporality. They are enveloped by the perfumed aura of the self: hair, saliva, vaginal fluids, semen, echoes of ancient flatulence

A bed is not just a surface of pleasure, of rest, of boredom, the final target of tears or one of the many launching platforms for the next generation. The sheets that are spread on the mattress are impregnated by the aroma of corporality. They are enveloped by the perfumed aura of the self: hair, saliva, vaginal fluids, semen, echoes of ancient flatulence.

That is why the first thing we detect when entering someone else’s house is not the arrangement of the rooms, their particular geographical distribution – of tables, armchairs, libraries, paintings and other accessories of living – but their distinctive combination of gases.

Like a probe entering a distant planet, our noses focus on the different and the similar: aromatic signatures of otherness, different ways of being, of being, of smelling. They are aromas not only given off by other bodies – different biologies – but also by common foods and their particular ways of cooking, which remain in the aromatic atmosphere of a home like geological layers mixed with the smell that humanity gives off.

As the Lithuanian philosopher said Emmanuel Lévinas: “The smell of the other is imposed on me, like the face of the other, without leaving any opportunity for resistance.”