Think 10 words and write them quickly – this is how Harvard aims to measure your level of creativity.

Think of 10 words. Nothing technicalities, no specialized words. The simpler the better. The only condition is that are completely different from each other, or that they have a very distant relationship. By the way, only nouns are allowed. These are the basic instructions for the most recent creativity test released by Harvard, through its Divergent Association Task research project. The purpose is simple: determine if this human capacity is measurable, and if it is, find out if it can be potential in some way.

Beyond a computer result

On average, people who have voluntarily participated in the creativity test scored a total score of 78. Although the score ranges from 0 to 200, as explained after the application, “the scores above 100 are extremely unlikely in the first attempts ”. So far, the highest record is 96, while the lowest is 24.

The final result is calculated “a taking the average semantic distance between each word”. This translates as the how often these words are used together on a daily basis in similar contexts. Invalid words are voided. Among them are overly technical or misspelled terms. So far, people between the ages of 7 and 70 have taken the test online, available at this link.

Before starting, the user is asked to think of 10 words ‘at random’ for himself. The condition that it does not take elements in the environment is emphasized, but that go through a completely personal random selection process. Although a multiplicity of factors can influence in word decisions, the computer does not consider them so as not to add that level of complexity to the study.

We suggest: Lightheadedness and short-term memory: these are the symptoms of the pandemic brain 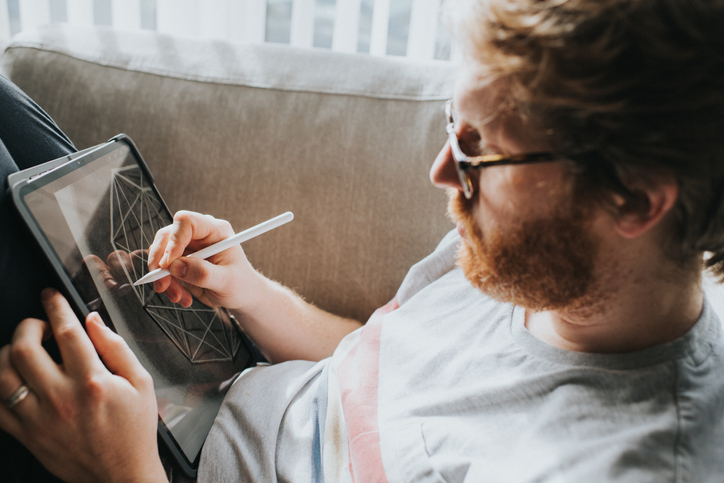 It is virtually impossible for a computer test to define human creativity to its full extent. Despite this, Harvard acknowledges that the “creativity is a complex process“. For this reason, the study only focuses on verbal creativity and divergent thinking. This refers to the ability to generate responses to a very open problem.

The university recognizes that the creativity test “is far from perfect.” However, it is part of a first approach to investigate the cognitive possibilities of human beings in this area. The manuscript was published in the Proceedings of the National Academy of Sciences, in conjunction with McGill University and the University of Melbourne.

Despite the fact that an objective approach is proposed, psychoanalysis would doubt the completely random quality of the selection of people. Finally, the words are always related to a specific social context, as well as the life history of the person on a symbolic level. For this reason, absolutely random selection could be questionable.

4 signs that your emotional intelligence is high