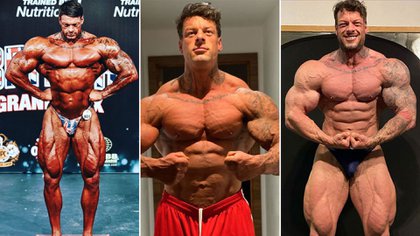 More than a discipline, bodybuilding is a lifestyle, since those who practice it must adapt their customs and habits to the bodies they intend to achieve. This is the case of Jamie christian johal, one of the most popular in the environment, who this week gave an interview to tell how he is preparing to compete again and how expensive the regime he is leading is.

The Briton is the tallest bodybuilder in the world, standing almost two meters tall, and sYour goal is to be able to exceed 136 kilograms for the next event. With this objective in mind, a strict diet of 6,400 calories per day, triple the recommended amount for an adult, and in dialogue with the site The Sun Sports he gave details of how he is doing it.

In total, you have seven meals per day: 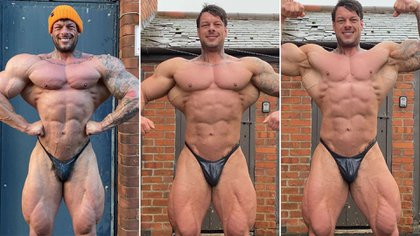 “Next year, the goal is to come in 10 pounds heavier, which will take me over 300 pounds on stage. I want to be 100 percent for Olympia 2021 (bodybuilding event),” he explained. Johal, whose nickname is The Giant, due to its enormous size.

The bodybuilder who professional of the International Federation of Bodybuilding and Fitness (IFBB, for its acronym in English) since this year explained that his diet costs him 300 euros (USD 355) per week and also pays him 500 pounds (USD 660) por month his wife to cook for him and it helps him not to break it, since if he is alone he sometimes combines the ingredients wrong. “I call it half and half because variety is the spice of life. This morning I had an omelette, but couldn’t decide what I wanted on top. So in one half I had ketchup and mustard, but in the other half I had dark chocolate, “he said.

Although he has been a professional for a few months, he has been dedicated to bodybuilding almost his entire life and has even participated in some competitions in 2011, when he weighed 40 kilos less. Personally he likes to compare himself to Superman on social media and he makes a living running his own gym, where he teaches a group of students. Before this life, he used to work as a firefighter.

On his Instagram account, he usually posts advice for his followers who want to increase muscle mass: “The body is a complex animal sometimes and one preparation can be very different from the next. It’s about working together (mind and body), conveying each other’s thoughts, being honest, and most of all, working together. ”Meanwhile, he continues his training to become the best bodybuilder in the world.

A bodybuilder recounted his experience after having coronavirus and being on the brink of death: “It was terrifying”

The Iranian Hulk confirmed that he will face the Kazakh Titan: “They will take you out of the cage with broken arms and legs”