I’ve been using 60Hz monitors my whole life, or at least as far as I can remember. I first had a 21-inch one, then I made the leap to an ultrawide which I think is fabulous and last week I decided to buy a 144 Hz monitor. The story is a bit longer, because it all started with wanting to change the graphics of the PC and ended up assembling a completely new computer by parts, but we left that for another day.

The fact is that a lot of doubts arose in me, from whether or not the change will be noticed to whether something is sacrificed. Therefore, I am going to take advantage of this space that I have every Saturday to talk about my moves to tell you my personal experience. My idea is to clear those doubts that may assail our mind before going through the checkout. In fact, I invite you to express your doubts in the comments or, if you already use a monitor of this type, to share your experience.

First thing: why the change 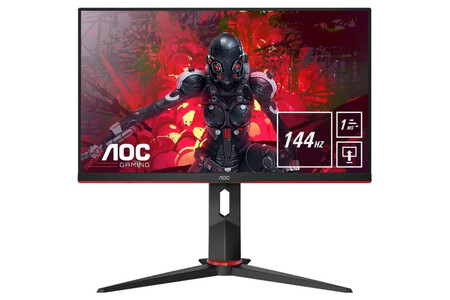 I first bought a BenQ Zowie XL2411P (199 euros), which has a 24-inch TN panel, FullHD resolution, 144 Hz refresh rate, and a millisecond response rate. It is a monitor very designed for electronic sports, specifically for the ‘Counter Strike’, but after a few months I decided to jump to an AOC Gaming 24G2U (239 euros), which has an IPS panel and 144 Hz.

Monitors of 144 Hz or higher are very popular in ESports

And why are these monitors used in e-sports? Because “you see before”, I explain myself (with plain language). When the monitor is refreshed more times, what it is doing is playing more images of the game. A 60 Hz monitor displays 60 images, a 144 Hz monitor 144 images, more than twice that. That helps see better the movement of your enemies and you can react sooner, something important in ESports competitions. However, it will depend on the power of the graph.

I am not a professional, that is, I am Bronze 3 in ‘Valorant’, I am not going to get exquisite either, but I wanted to try a monitor of this type for myself and, incidentally, share with you the experience and what I have learned. So, I tell you that someone who is very fond of triple A is talking to you, who enjoys good graphics and who gets very itchy in competitive games.

What I learned: welcome to the TN panels; stuttering and other weird words 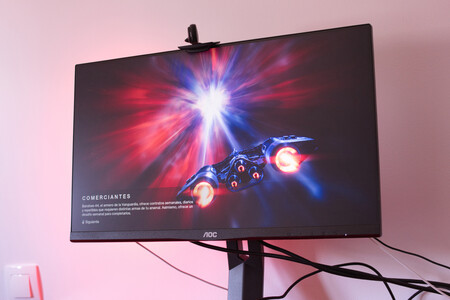 The first thing I learned is the differences between TN, VA, and IPS panels, which are the three most common. There is a lot of writing and in-depth analysis on these technologies, so I will summarize what does each thing mean for practical purposes:

TN panel– From Twisted Neumatic, it’s cheap to produce, offers millisecond response times, has regular viewing angles, offers high refresh rates, and colors look worse.
VA panel: from Vertical Alignment, it has a higher response time, achieves high refresh rates, has regular viewing angles and offers a more faithful color than TN panels.
IPS panel: From In-Plane Switching, it has a much higher response time and the refresh rate is usually lower (and those with high are expensive), but its color reproduction is usually much more realistic.

The Zowie has a TN monitor and the AOC I use now mounts an IPS panel. Is the change noticeable? Yes, quite a lot, especially in the colors. The XL2411P also has a bad factory calibration, so you have to be patient and configure it manually. I followed this tutorial (modifying some parameters) and I left it quite well, but when asked if the colors are noticeable or not, yes, in my TN panel they are more muted and less faithful. Nothing like a good IPS panel, really.

Another topic that I stumbled upon on the fly is the stuttering and tearing. Tearing appears when the rate of images produced by the graph exceeds the refresh rate of the monitor. Stuttering is the opposite, it appears when the monitor’s refresh rate is higher than the frames produced. The tearing appears on the screen as a momentary cut-off image and the stuttering as a small stop.

To solve this problem, NVIDIA has G-Sync and AMD has FreeSync, different names for two systems that essentially do the same thing: synchronize the frames produced by the graph with the refresh rate of the monitor. That way, if a game is running at 100 FPS, the monitor will refresh to 100 Hz and we won’t notice any weird effects.

“And have you noticed tearing or stuttering playing?”, You ask. Yes, I noticed tearing in my old monitor, but thanks to the fact that the AOC model has FreeSync, that problem disappeared completely and the truth is that now I could not play again without this technology.

The experience: another roll, but competitive 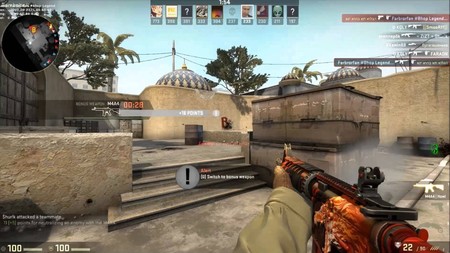 I admit that the contact was rare. As I said, I’ve been using 60Hz monitors my whole life and hadn’t tried a higher one until now, so the jump has been considerable. When I got everything ready and configured I started using it and the first site I noticed it was in the browser. After all, even though it’s my computer to play games, I also use it to work and write this text that you read, for example, and much of my work is done in the browser.

Everything moves more fluidly, reading is more comfortable because the letters do not “blur” when scrolling quickly and the animations of the system look smoother. However, and although I was pleasantly surprised here, where I have noticed it the most is in games. I have always been on consoles, but in the last three years I have been playing on the PC and I have had time to play many titles, and I do not want to focus on the quality of having a powerful graphics, but on the refresh rate per I know.

Where I have noticed it the most is in ‘Valorant’ and in ‘Destiny 2’, something that makes sense because they are competitive games with a lot of sudden movements. It is difficult to explain in words and even show it on video, but noticeable. There is some debate about whether it is noticeable or not, about whether this is pure marketing or not, and I can tell you that, in my experience, it is quite noticeable, but there are people who do not notice anything. 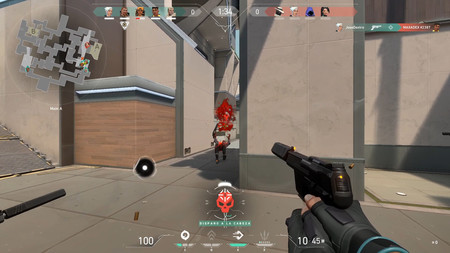 On whether or not it gives you an advantage in games, I don’t have the eye of players like Mixwell or ScreaM (two professional ‘CS: GO’ players), so maybe I don’t “feel” that advantage so clearly, but it doesn’t stop It is true that you can better see the path of the enemies and, from what I have been able to prove, you have more precision when moving and aiming (when you get used to 144 Hz, of course, because the first games are a disaster). It is what I said before, you see “before”, but you do not see “better”.

In more mainstream triple A games, say ‘Battlefield V’, ‘Gears 5’ or whatever game is more of history, I don’t notice it as much. It is true that it looks more fluid, obviously, because there is more FPS parading before your eyes, but it is achieved at the cost of sacrificing color. There are games that are more enjoyed for the scenery, the map design or the story itself, and in those games it may not be worth sacrificing those details for a higher refresh rate.

For playing history games or where speed doesn’t matter, a good IPS panel is a good idea

In fact, my conclusion after playing more hours than I’m willing to admit in public is that 144Hz TN monitors they are worth it if you are going to play competitively, but not so much for more conventional games. In a game like ‘Gears 5’, ‘Star Wars: Jedi Fallen Order’ or ‘Skyrim’ it doesn’t matter having more FPS, because they don’t give you an advantage. In fact, to play those games I personally would go to a 27-inch 1,440p or 24-inch FullHD 60Hz IPS monitor with FreeSync or G-Sync. The experience is going to be very similar and I don’t think fluidity is lacking.

When I have noticed the 144 Hz the most, or rather its absence, it has been when using the laptop, which is 60 Hz. It’s funny, but now the games seem to me that they are slow or that they are not at all fine. I know it is not like that, because before I played and I saw everything well, but my eyes have quickly become accustomed to 144 Hz and now 60 Hz seems scarce. Will 144 Hz be a one way way? We’ll see, but something tells me yes.

This article is part of a weekly section by Jose García dedicated to approaching technology from a more relaxed, personal and informal point of view that we publish in Xataka every Saturday.