Official history claims that Christopher Columbus arrived in America in 1492, but a record of Admirals Zhou Man and Hong suggests that China “discovered” the continent much earlier.

The voices of the European colonizers as they encountered Mesoamerican civilizations told stories of tragedy. The letters of Cortés They weren’t kind to the civilizations that already existed, since millennia ago, in the American continent. Even less under the gaze of the legions of priests who came to the territory, to conquer the souls of those who, in their eyes, were not even human beings. Swild, degenerate, bloodthirsty: This is how the original settlers were described. Despite that, the history of mankind does not start (or end) in Europe.

It was never India

It is well known that when Christopher Columbus arrived in the Caribbean islands, he thought it was India. Finally that was what I was looking for: new trade routes to avoid the blockades that had been imposed from the Arab entrances to the East. Despite his journey, the explorer never touched indian territory.

Colonization campaigns marked a before and after in the history of the American continent, but Europeans were not the only ones with the sufficient engineering strength to navigate the seas. By contrast, even superior technology existed in China for business and scientific purposes. Under the Eurocentric filter of history, however, this possibility has been completely blurred.

A new theoretical proposal could break with this line of thought. While Europeans were rediscovering Greek thought during the Renaissance, the Chinese they had their own technological development, decanted from an ancient maritime tradition. Beyond the hegemony of European thought, this alternative narrative raises the possibility that China discovered America long before.

We suggest: Colonialism, memory and death: the countries that refuse to celebrate the birthday of Elizabeth II 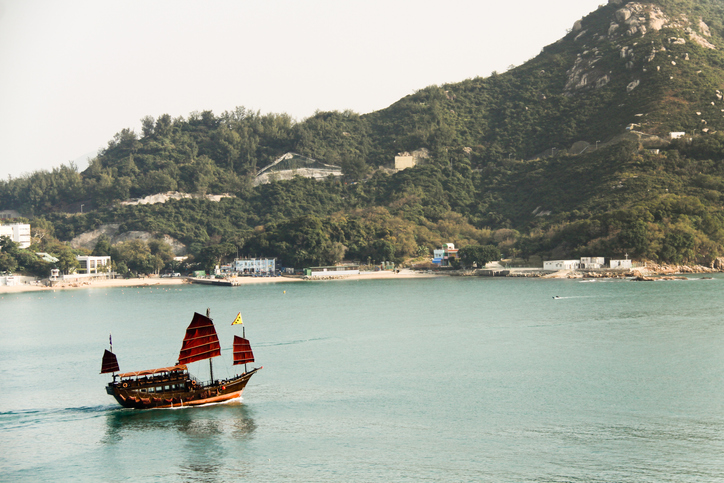 This new historiographical reading raises the possibility that two Chinese admirals reached the American continent in 1421: 71 years before Columbus arrived in the Caribbean. Under the command of Zhou Man and Hong Bao, Chinese junks of unmatched finesse at the time sailed from Africa to America.

After months of traveling overseas, they finally reached the mouth of the Orinoco River, in present-day Venezuela. The seamen’s records even narrate the route that Chinese ships described along the entire coast of the continent to the Strait of Magellan. Even the most specialized and well-equipped fleets in Cortés did not achieve a similar feat.

“Technologically speaking, China was in a position to reach America or other lands, and we cannot even rule out that this has happened ”, explains Rita Feodrippe, a researcher at the Naval War College, specialized in the country’s navy. Maps with maritime routes made at the time they support this version of the story.

Unlike the Spanish, the Chinese they do not appear to have had colonizing intentions. For this reason, there is still a discussion regarding the theory that China discovered America. Despite the controversies, according to postcolonial narratives, no one discovered America: at the arrival of the Europeans there were already people there, with their own traditions, scientific advances and cultural developments.