When Pepita Marín had her entrepreneurial epiphany in 2011, she couldn’t imagine it would come in the form of crochets and balls of wool. He was with his now partner, Alberto Bravo, on a business trip in New York, and he saw a young girl knitting. He had the radar of capturing ideas already working, because it did not take long to see the opportunity.

Ten years later, We Are Knitters (WAK), the e-commerce of knitting kits that emerged after that moment, has a turnover of 15 million euros a year, is present in 15 countries and has its own warehouses in the United States. And all, directed from its central offices in Madrid, where about thirty people work.

“It is not a passion turned into business, at all. I learned to knit as a result of WAK. Our passion when we started was fashion, branding and the possibilities of entrepreneurship. And when we saw that young girl knitting we saw that there was an opportunity that was not yet being exploited, so we saw it very clearly, “says Marín, CEO of We Are Knitters to Xataka.

Leaving work to undertake, an option not so easy for everyone

At the time of launching his idea, Marín and also his partner and partner were working as financial auditors at the consulting firm PricewaterhouseCoopers (PwC). It might seem that he had a promising career ahead of him. And so it was. “I had been trained in international business and for my age, you could say that I was on the right track and happy, but It was always clear to me that at some point I wanted to have my own company“, he tells us. 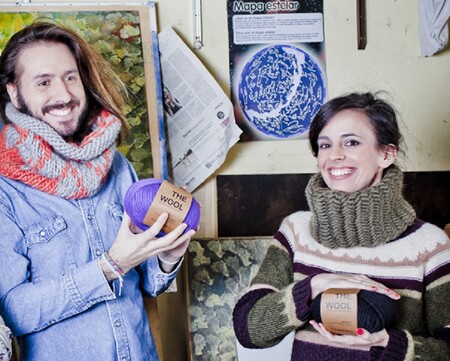 Pepita Marín and Alberto Bravo, in their early years with WAK

The drive to ride what was later WAK ended up making everything move faster. Marín together with Bravo -Creative Director of the brand- presented the idea to an entrepreneurship competition at ICADE, the same university where he had been trained. And they won it.

“They gave us 10,000 euros, a tutor, and advice to set up an SL. We invest everything in wool. We started managing the first sales from our homes and that helped us to see that there was business and a market niche, “he says.

Although that went very well, Marín has a not very politically correct vision compared to the one that is usually trumpeted about entrepreneurship. “Entrepreneurship is for the rich. And they are data, not an opinion. If you look at demographic reports, most of the success stories are of people already settled, with a certain age in most cases, and who come from families that already had some economic support. and trajectory, “he says.

“The optimistic message that is sent about entrepreneurship can sometimes be even irresponsible. It takes financial resources, support and luck” Pepita Marín, CEO of We Are Knitters 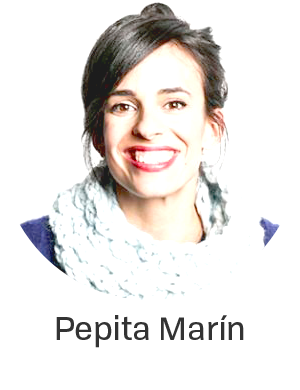 She uses herself as an example. “I was working at PwC, I was young, and it was clear to me that I had to dedicate 100% of my time to WAK. My family was able to support me without bringing anything home and give me confidence and financial support to know that if that went wrong I could reconfigure a Little of everything My partner Alberto combined our business with work a little more, but he also ended up leaving it shortly after. I firmly believe that in a country like Spain with 45% youth unemployment sometimes overly optimistic messages about entrepreneurship are launched and even irresponsible, “he says.

Those first years were of growth, and also of financing. “In a world like the ‘startapero’ in which there are many apps that depend on acceptance and downloads, we had a physical product that we could demonstrate with sales that it was going well,” he says. Marín opens the WAK figures at the investment level. In total in these ten years they have raised 800,000 euros from different funds. They have been reinvesting everything until they have configured a staff of around thirty people, with a constant expansion at the country level and with a focus on improving their website. In March of last year, they achieved the milestone of billing 100,000 euros in a single day.

The rise of confinement and internationalization

WAK is one of those brands that did well last year. And that they came from a 2019 not too buoyant. “The 2019 sales weren’t as good as we expected, and suddenly in March, the lockdown led to a peak in orders. We were lucky, which is another factor that is not usually mentioned when citing business stories, “he says.

The luck that Pepita cites does not only refer to the fact that they had a perfect product for a time when we all had more time than ever to do things at home, but also to logistics. Peru, the country from which they import most of their wool, closed its borders due to the pandemic. That could have been fatal at a time of boom in demand, but luckily the previous year something less good made them start the new course with a very important level of stock that meant that they did not have to import and could supply all orders.

As a result of those good months, WAK was able to add fuel to the fire of its growth. They expanded to more than 15 new markets, they consolidated their sales in the United States where they already had a warehouse, and a few weeks ago they closed their first investment of their own, the purchase of the Belgian loom portal FunemStudio.

Spain is now only the seventh market for WAK sales, despite the fact that its offices and headquarters are in Madrid

“From the beginning we were very clear that our product and our growth went through international expansion. The name We Are Knitters in fact is not very suitable for the Spanish market. Right now the United States represents 30% of our sales, the second is Germany with 19%. It is followed by France, the United Kingdom, Italy, Canada, and Spain is already appearing, where nevertheless the center of WAK and all our operations are located, “says Marín. When asked if right now after these years of expansion, WAK is profitable, the CEO Note that WAK is generating positive EBDITA right now, although they reinvest all the profits to continue growing. 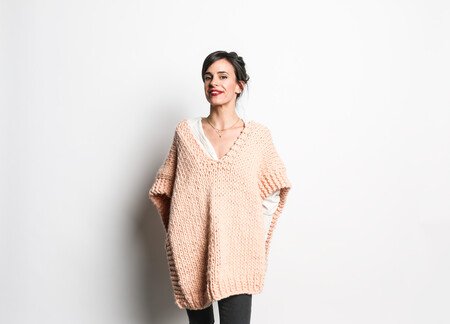 Pepita Marín, CEO of We Are Knitters

“I always say, half jokingly half seriously, that WAK is one of the most technological startups in Spain”, he points out.

The beginnings of his website were based on a Wix site “to test and validate the idea. And it was crappy, no, the following.” Now the entire We Are Knitters platform is based on a highly vitaminized Magento.

“We work a lot on automations and optimizations. From the web we manage an immense stock platform and we also use it as ERP “, he says. That the expansion to each territory has been done through its own domain termination is another aspect that Marín qualifies as a success of which they gave a posteriori account.

“One of the things we like the most is that our users in the United States or Germany do not identify WAK as a company from one site or anotherbut as a global brand. That when I think about it seems to me something very crazy and of which we are very proud, especially for being able to manage all this from Madrid, “he explains.

The importance of the community and the future

In these ten years, of course, the competition has not stopped growing. “When we were born there was Wool and the Gang and now we are twice their size, but a lot of similar proposals have come out. We always say that we could even give them suppliers, because our true strength is in the community that we have formed in these ten years, “says the CEO.

With a community of more than 670,000 followers on Instagram, WAK networks continue to be mainly managed by Alberto Bravo, co-founder. “We did some marketing tests with influencers, but in the end it was the community itself that sent us their creations and the ones that helped us the most to grow.” For this reason, for years they have held their knitting parties, meetings with clients in which they exchange patterns and break the digital barrier of an e-commerce. They also considered opening their own physical store, but the pandemic for the moment has left this idea on standby to move to a pop-up model.

Now, Marín has in mind that WAK transcends from being a community and a knitting shop to something bigger.. “We want to move from the We are Knitters concept to We are Makers. Our community in the end are creative people who want to do things, and our next movements may come from there,” he concludes.