In a reality where vacuum tubes were the basis of computers, in the first half of the 20th century, the idea of ​​some system that was more efficient and simple was something of value. One such idea was that of the differential analyzers, of which some are still preserved.

These types of computers were already invented in the 19th century (by James Thompson), but they began to be designed and built in a more practical and functional way in the 1930s, in departments (or basements) of mainly American universities. It was in California where Arnold Nordsieck got his doctorate, with Robert Oppenheimer as tutor (that’s nothing), and he thought he was only worth it to develop your version of low-cost differential analyzer. And so he did.

So simple that it left you fried, more or less

Vacuum tube technology was, for decades, the mainstay of the most ambitious electronics until transistors and Moore’s Law came to stay (well, for now at least). But before semiconductors and when the mythical ENIACs were too demanding with their up to 17,000 tubes, the differential analyzers were hollowed out.

Although, as we said, the idea dates from the s. XIX, it was not until 1930 when MIT managed to build a practical mechanical differential analyzer, with six integrating plates and baptizing the device in this way. Then there was a certain trend of development of these analyzers, also in both European and North American universities. 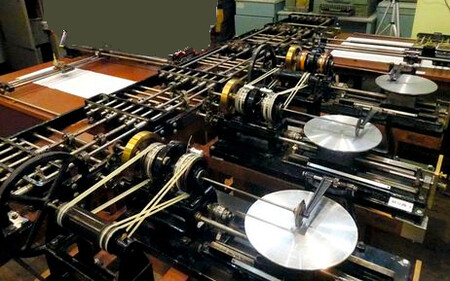 So that? Because there were no pocket calculators or computers to solve differential equations (that is, equations with variables that change, such as speed). A mechanical differential analyzer was used to solve mathematical problems with differential equations in an analog way, that is to say, using physical magnitudes (rotational speed, tension, etc.) to represent the variables with which one works, in a different way to a digital device (which works with numerical values).

These analyzers were based on plates that rotate at a constant speed to represent a variable with respect to which it is integrated (speaking of integrating a derivative, for example for speed and distance calculations), so that the more dishes, the more complex the calculations could be. And what did complex calculations require at that time? Surely a good handful of researchers and engineers, but above all we are referring to the incipient space race and the arms industry, in the midst of world wars. 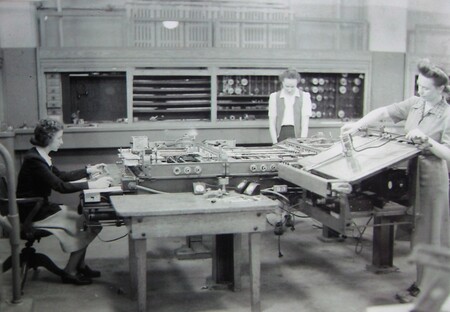 Nordsieck built his differential analyzer precisely with parts of military armament in 1953, which he called “Synchro Operated Differential Analyzer”. The peculiarity of his invention is that it was, in his words, “small, portable and inexpensive”, which, taking into account that the MIT (with the same dishes) weighed about 100 tonsIt was quite a novelty.

The pieces more or less had a cost of 700 dollars at that time, which taking into account inflation would be about $ 7,001 today. It was not that it was little money (nor is it now), but considering that they were reused components and the price of a differential analyzer, Nordsieck considered that his proposal was, at least, economical.

In his case, Nordsieck relied on the use of specialized motors to “translate” the position of the tubes. to an electrical signal and vice versa, thus being able to carry out operations such as integral ones. Multiple units could be connected via a control panel and cables, completing the electrical circuit.

Of course, the mental spark that Nordsieck had was also translated into an electrical signal, or perhaps too many. The physicist himself warned of how painful it could be to program your differential analyzer, saying that “programming an operation is accompanied, unfortunately, by a risk of electric shock (a dangerous one)”, because the contacts of the free plug could rise to 105 volts.

Thus, although it was a useful invention that they came to call a “small brain” in some article of the time, it was not a system that settled clearly against the existing ones and later the use of transistors would end up being established, as we have commented. In general, until they were replaced, differential analyzers served from NASA aerodynamic calculations to calculating trajectories and directions of fire for artillery.