The Council of State has advised the Government of the need to update and improve health legislation which, among other things, serves the regional executives as a legal framework to take measures against the pandemic, when the state of alarm is not in force.

It is, in particular, the 1986 organic law on Special Measures in Public Health Matters, whose content they understand that “could be in need of a legislative adaptation that provides greater detail and concreteness, in order to provide the competent health authorities with the best possible legal framework to face present and future situations of serious risk to public health” .

This is shown by the main advisory body of the Government in an opinion that it sent on March 22 to advise on the convenience of file an appeal of unconstitutionality to the reform of the Galician health law recently promoted by the regional Executive of Alberto Núñez Feijóo – the Council of Ministers approved last week to file this appeal.

In its opinion, the Council of State understands that Yes, it is appropriate to bring the aforementioned regional rule to the Constitutional Court understanding that, for example, it exceeds the limits in matters such as mandatory vaccination.

However, this body also takes the opportunity to point out the need to modernize this state health legislation, since, as it acknowledges, “surely does not contain the adequate mechanisms to face a crisis of this magnitude”.

In this sense, they point out that it is a standard that was implemented “almost forty years ago”, and that “contains an extremely generic regulation of special measures in public health limitation of fundamental rights and public liberties “. 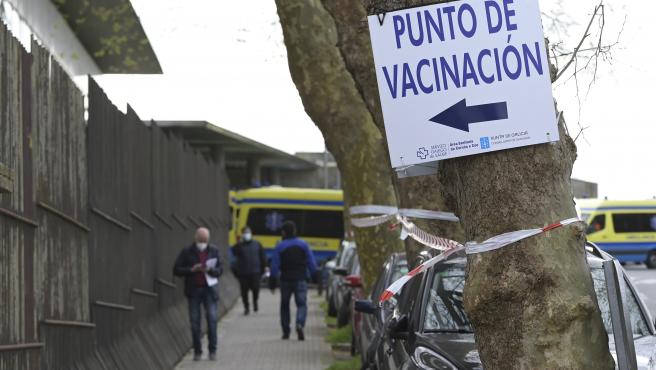 “Could result insufficient to face, in accordance with the constitutional principles of administrative efficiency and legal certainty, the needs faced by the competent health authorities “, recognizes the Council of State in its report, collected by Europa Press.

In any case, the report of the Council of State, which is mandatory but not binding, appreciates that it is pertinent to file an appeal of unconstitutionality to one of the specific sections of the Galician health law, the one relating to measures to fight the pandemic – specifically, section five of the sole article of the Law of the Autonomous Community of Galicia 8/2021, of February 25-.

Said section five introduces an article 38 to the Galician health law with two sections, of which the State Council endorses the appeal of the second part: the one that talks about preventive measures for recognition, treatment, hospitalization or control when there is a danger to the health of the population.

In addition to other general measures, the Feijóo reform establishes that control measures for sick people, such as home isolation (currently the confinement of people who are infected by the coronavirus), internment in a hospital center or isolation or internment in another suitable place for this purpose.

The new standard also includes control measures for people who have been in contact with sick people (as currently positive contact isolations); or the submission to prophylactic preventive measures, including vaccination or immunization.

This section of the law also enables measures control of the “immediate environment” of sick people or those who have been in contact with them, as well as of “affected areas” (geographical places), which may entail, for example, the limitation of mobility or circulation (such as the perimeter closures of cities or health areas) or restrictions on groups of people (such as the limit on meetings, such as is currently in force in Galicia).

The Council of State puts the accent, especially, in the aspect of the vaccination. On this, the report says that “must be analyzed, and in its case questioned, on the basis of the distribution of powers between the State and the communities. In other words, he supports raising this question to the TC. 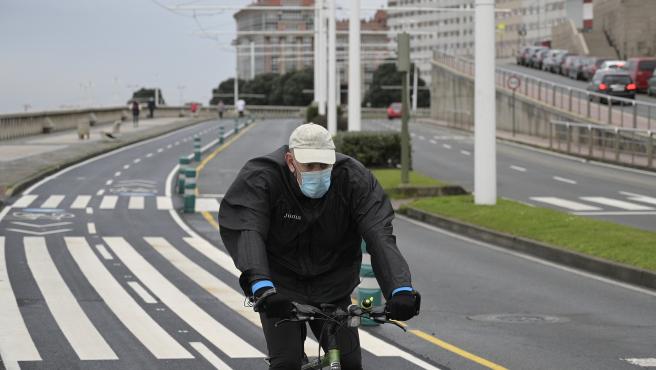 By cons, it comes to endorse aspects such as mobility limitation. As he warns, although it is not included in the organic law 3/1986 (the state law that serves as a legal framework for the development of regional regulations), he believes that it is “undoubtedly one of the appropriate measures for the control of the sick, of people who are or have been in contact with them and the immediate environment “.

In this sense, it recalls that the Interterritorial Council of the National Health System itself (CISNS) established perimeter confinement measures autonomy that, with some exceptions, were ratified by the higher courts of justice. In this regard, it endorses that the agreements of this Council are “mandatory”.

Thus, it analyzes that Galician law limits the restrictions to the “immediate environment” of the sick and affected areas “in the terms” of the state organic law. “It does not contemplate the adoption of measures to limit or restrict movement of a more general scope that would be characteristic, due to their greater degree of affectation of fundamental rights and public freedoms, of the declaration of the state of alarm, “he adds in this regard that the Government intended to appeal to the TC.

Finally, he mentions a third measure of the aforementioned section five, regarding the restrictions of groupings of people. On the one hand, it confirms that the measures established by Galician law “do not appear to be different” from those that have already been adopted and continue in the last year of the pandemic.

But it qualifies that what is relevant is whether, from the constitutional point of view, communities can develop state law to include it in regional legislation. In this sense, the Council of State maintains that there are matters on fundamental rights and freedoms that must be reserved to the State to guarantee, among other issues, that “they are adopted by a qualified majority and constitute a minimum common denominator throughout Spain.”

Therefore, the Council of State observes the grounds to bring article 38 of the Galician health law to the TC (the aforementioned section five), but understands that the requirements to adopt the measures (article 38 ter or section seven) and the specific regime of infractions and sanctions (sections 12 to 15 or articles 41 bis to 44 bis) “do not seem contrary to the constitutional order “.