The new shipments bring the total to six, and are added to those received in recent days by former vice president Pablo Iglesias and by those responsible for the Ministry of the Interior, Fernando Grande-Marlaska; Industry, Reyes Maroto; and the Civil Guard itself, María Gámez. This Tuesday’s letters were intercepted at the Post Office and they did not reach their objectives, as they did with the former.

The letter with two projectiles sent to Díaz Ayuso was intercepted in a branch of San Cugat del Vallés (Barcelona), and the fact was communicated by the Interior to popular politics, although the investigation is carried out by the Mossos d’Esquadra.

In a television interview, the Madrilenian president affirmed this Tuesday night that in the face of violent people it is necessary to act with “serenity and contempt”, without giving them importance or the prominence they claim with these threats.

Shortly after this new case of a threatening letter was known, sources from the Interior Ministry reported that Correos had detected another similar shipment in the Automated Post Treatment Center in Vallecas. In this case, the envelope It contained four projectiles and the addressee was the Directorate General of the Civil Guard.

The general director of the Benemérita, María Gámez, was precisely one of the recipients of the first batch of this type of letter, which reached its objectives on Thursday of last week, six days ago. Interior Minister Fernando Grande-Marlaska received a similar shipment, as did former Vice President Pablo Iglesias. The three threatened received different amounts of bullets. Four in the case of Iglesias, two for Marlaska and one for Gámez. 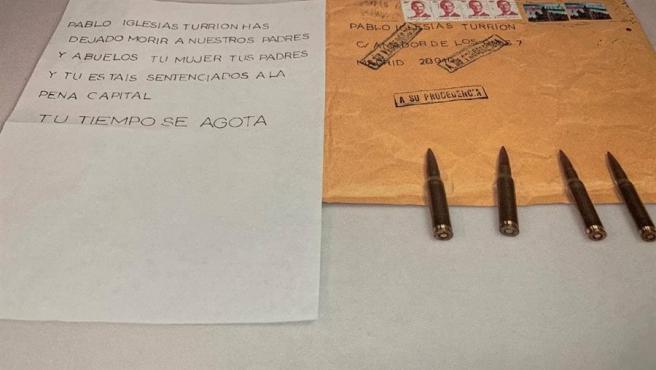 Days later, this Monday, the Minister of Industry, Reyes Maroto, received an envelope with a seemingly bloody razor, although the sender has been identified and everything seems to indicate that this case it is not related to the others.

The author of this shipment, a neighbor of El Escorial (Madrid) with psychiatric problems, and that he had written his name and real address on the sender, he also sent another letter to the Turkish Embassy in Madrid. Its content has not transpired.

Identified as Íñigo EA, 65, he has spent between 20 and 30 years sending letters to various personalities, not all of them threatening, and he is a harmless person, known at home and with repeated mental health problems.

The letter with the two bullets addressed to the Madrid president Isabel Díaz Ayuso aroused this Tuesday night a unanimous reply of condemnation by the Government, political parties and the rest of the candidates for the Madrid 4M elections.

While condemning this fact, the Executive and some politicians have also expressed their rejection of the new threatening letter, with four bullets, which was addressed to the General Directorate of the Civil Guard. 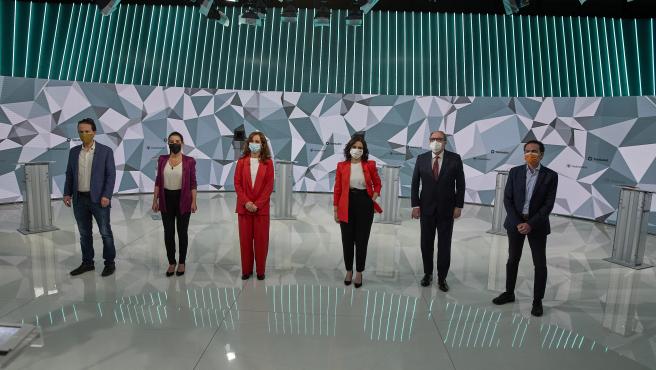 This show of unanimity in condemning the new shipments occurred on the same day that several candidates from the same parties maintained different clashes in connection with threatening letters.

Among them, the one that Díaz Ayuso himself maintained with the former vice president and candidate of United We Can to the Community of Madrid, Pablo Iglesias, for ugly to the Royal House that has not ruled on the threats politicians.

In another scenario, the Madrid City Council, Ciudadanos and Vox they left the plenary session this Tuesday before the vote on an urgent motion presented by the PSOE to condemn the letters because the socialist party and Más Madrid had not supported two other initiatives related to violence against politicians: the rally of Vox de Vallecas and the “escrache” to the vice-mayor Begoña Villacís when I was pregnant in the 2019 elections.

Regarding the performance of Correos, the PP spokesperson in the Congress of Deputies, Cuca Gamarra, pointed out this Tuesday that her formation will wait for the Madrid elections to pass to address the possible security flaws that may have occurred in relation to the postal treatment of the letters.

UGT and CC OO accused Correos of “underestimate security” Only 4% of shipments go through the scanner, as the company has explained that out of 22 million shipments per day, a total of 300 million are examined annually in security scanners.