The American company has revealed all the images and data of the first modified Ford Bronco and Ford Bronco Sport, which have been equipped with new aesthetic configurations and numerous optional accessories to increase their possibilities off-road and as leisure vehicles.

Almost parallel to the celebration of the recent virtual event of the SEMA Show, the Dearborn firm decided to prepare several prototypes of its most recent models to present them in its own event as if they were to be presented later at the tuning event in Las Vegas . These presentations Receive the designation ‘Ford Auto Nights’ SEMA Show Special and they have taken place these last nights.

For now, the company has only presented a few models, among which we can highlight the examples of the Ford Bronco Badlands and Ford Bronco Sport Badlands that star in this gallery of images and that pass for the first custom units of these models. 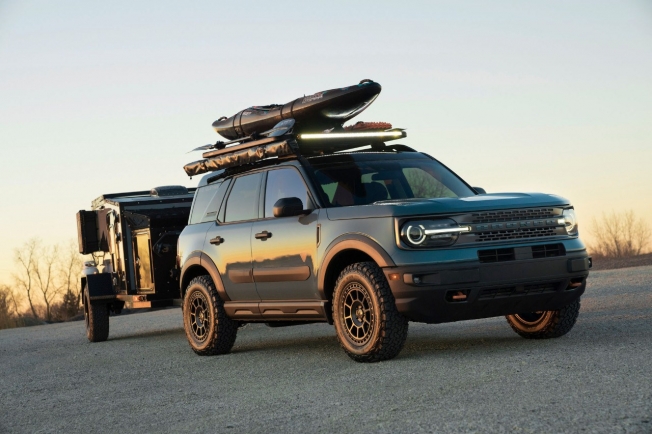 The Ford Bronco Sport receives an enormous amount of accessories.

The new 2021 Ford Bronco and 2021 Ford Bronco Sport were introduced last summer and They have been one of the most media presentations of the American corporation in a long time. These have very wide ranges that have multiple mechanical and frame options, as well as a very extensive accessories catalog that allows users to customize their units in multiple ways. This is precisely the main reason to present these heavily modified prototypes, to create authentic rolling windows that serve as an example of the different possibilities of the brand’s offer for future buyers.

On the one hand we find an aggressive Ford Bronco Badlands that has more than a few accessories on top. This shows numerous elements in orange that we doubt will be available in the brand’s catalog, such as the outer ring of the beadlock-type rims, the exterior graphics and each and every one of the screws that hold the panels and accessories. the bodywork. Further we found some curious U-shaped doors that seem to be a derivative of the perforated doors that Ford presented at the time and that will not be finally available in the model’s catalog. The look of this convertible prototype is brutal and demonstrates the enormous capabilities of the new Bronco 4×4 offering.

On the other hand we find the Ford Bronco Sport Badlands, which the designers of the brand have not left a single space available due to the many accessories it carries. This concept is the perfect example of a rolling showcase, since in an attempt to demonstrate the different possibilities offered by the model’s accessories catalog, it has been loaded as if it were a Christmas tree. Do not expect to find units like this on the street, but you will find many of the accessories that we can see in the images.