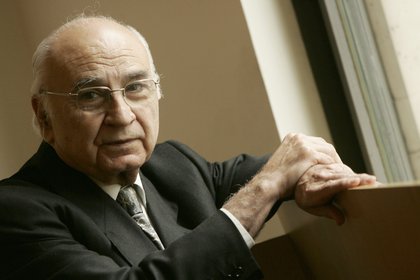 The spanish poet Francisco Brines (Valencia, 1932) was elected winner of the 2020 Cervantes Prize, considered the highest award in the Spanish language, for a “poetic work that goes from the carnal and the purely human to the metaphysical, to the spiritual, towards an aspiration of beauty and immortality”, according to the jury.

Chosen by a majority of the votes, the jury recognized the author of The autumn of roses Y Embers as the “intimate poet of the 50s generation who has delved the most into the experience of the individual human being in the face of memory, the passage of time and vital exaltation” and assured that he is “one of the masters of Spanish poetry current”.

Born in Oliva, Valencia, in 1932, Brines, after studying baccalaureate at the Jesuits of Valencia, studied law in Deusto, Valencia and Salamanca, where he graduated. In addition to his works in poetry, among which he also stands out Cloudy garden is the author of the collection of essays Writings on Spanish poetry.

After the news, which was announced at a press conference by the Spanish Minister of Culture and Sports, José Manuel Rodríguez Uribes, social networks echoed the brand new winner, such as Fernando Aramburu, the author of the famous novel Homeland, who tweeted: “Brines, one of the biggest names in our current poetry. I celebrate that Cervantes has corresponded to a great one ”. 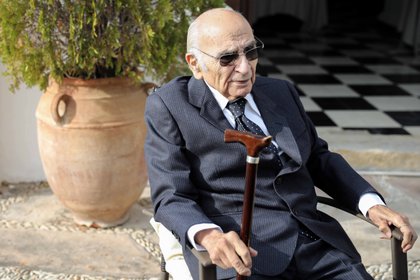 And also the president of the government of Spain, Pedro Sanchez, wrote: “The important thing is poetry, whatever it may be,” Francisco Brines said recently. Today, this Valencian poet, the last representative of the generation of the 50s, is awarded the 2020 Cervantes Prize. Deserved recognition for his work and a lifetime dedicated to literature ”.

Endowed with 125,000 euros, the Cervantes Prize has been awarded annually since 1975 to a writer in the Spanish language, whose decision is announced at the end of the year and the delivery is made on April 23, known as Book Day. for being the date on which Miguel de Cervantes, William Shakespeare and Inca Garcilaso de la Vega died.

Last year Cervantes took him Joan Margarit -which could not receive it on the last April 23 due to the pandemic- while in 2018 the winner was the Uruguayan poet Ida Vitale. Both laureates formed the jury of this edition together with other authorities.

In the history of Cervantes, only in 1979 were there two winners, as they were awarded equally to Gerardo diego Y Jorge Luis Borges. And so far, only five women have been awarded the Cervantes in its 40-year history: the Spanish Maria Zambrano (1988) and Ana Maria Matute (2010), the Cuban Sweet Maria Loynaz (1992), the Mexican Elena Poniatowska (2013) and the Uruguayan Ida Vitale (2018).

Isabel Allende, feminism, love and a new book: “My life has been a roller coaster, a constant melodrama”

A year ago, he lost his job, separated and went to live on the streets without his family knowing. In the middle of the pandemic, he spent six months out in the open, until a week ago he managed to raise money to rent a room in Once. “Now I have a bed and a bathroom, but I need to work,” he told .

A year ago, he lost his job, separated and went to live on the streets without his family knowing. In the middle of the pandemic, he spent six months out in the open, until a week ago he managed to raise money to rent a room in Once. “Now I have a bed and a bathroom, but I need to work,” he told .