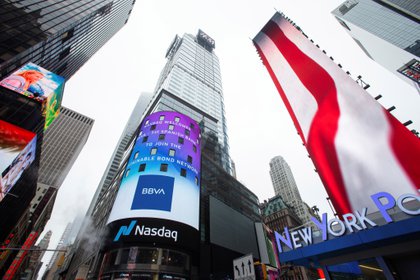 Madrid, Nov 16 . .- The Spanish BBVA has agreed with The PNC Financial Services Group the sale of 100% of its subsidiary BBVA USA Bancshares, the company that owns, in turn, all of the capital stock of the bank BBVA USA , as well as from other group companies in the United States for approximately 9.7 billion euros (about 11.6 billion dollars).
In a relevant event sent this Monday to the Spanish supervisor, the National Securities Market Commission (CNMV), BBVA has explained that the agreement reached does not include the sale of the institutional business of the BBVA group developed through its broker dealer BBVA Securities Inc. nor the participation in Propel Venture Partners US Fund I, LP
The business excluded from the operation will be transferred by BBVA USA Bancshares to entities of the BBVA group prior to the closing of the operation.
BBVA will continue developing the wholesale business that it currently conducts through its New York branch, the bank added.
The price of the transaction, which will be paid entirely in cash as explained by the entity, amounts to approximately US $ 11.6 billion, which is equivalent to about 9.7 billion euros.
BBVA expects that the operation announced this Monday will generate a positive impact on the group’s Common Equity Tier 1 (“fully loaded”) capital ratio of approximately 300 basis points and a positive result net of taxes of about 580 million euros (686, 4 million dollars).
The closing of the operation, which is subject to obtaining regulatory authorizations from the competent authorities, is expected to be closed in mid-2021.