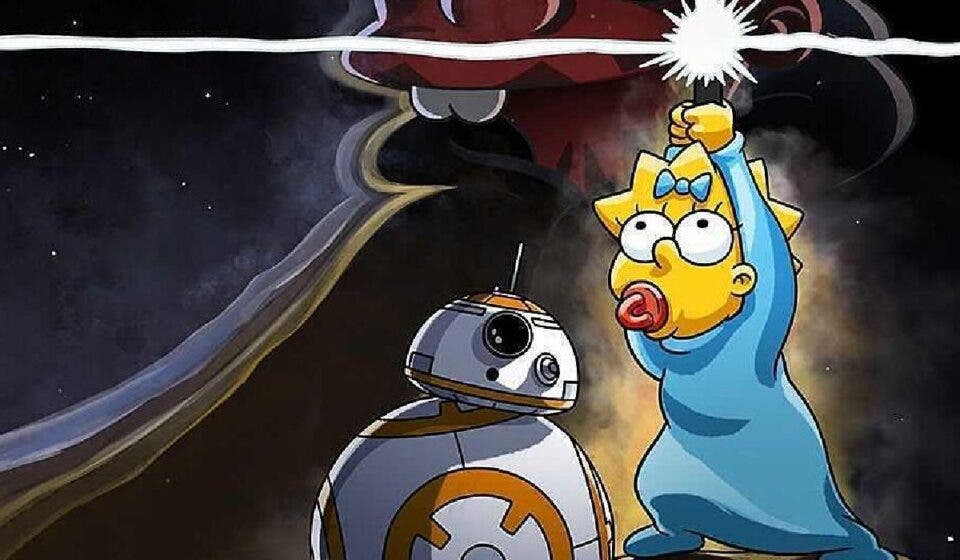 This May 4, Star Wars Day, fans can celebrate with a short of The Simpsons available on Disney +.

May the 4th be with you. Today is May 4, also known as Star Wars Day. In celebration of this important date for fans of the franchise, Disney will launch many titles with the intention of celebrating throughout the date. That said, Disney + released a new galactic-themed Simpsons short film, starring again Maggie: Waking up from nap.

Behind this idea is Al Jean, veteran executive producer of the famous series The Simpsons. The whole project of the crossover between the animated series and Star Wars began to be devised in January, so they have not had much time to prepare it. It should be noted that earlier this year, James L. Brooks, another mainstay of The Simpsons, thought it would be interesting to cross the series with other properties belonging to the house of the mouse.

After this Star Wars short, many wonder if The Simpsons are open to making other crossovers. Like for example, with Marvel. Al Jean has confirmed to Variety that they are already working on another crossover short: “I won’t say what it is but it’s also exciting in different ways. The only goal is to come across Disney + titles from ‘Star Wars’ to National Geographic and plant our seed everywhere ”.

On the possibility of seeing Marvel heroes, he limited himself to commenting: “It could be. I am a huge Marvel fan. We have dealt with them a few times. We have parodied them a lot. We even had some of them, including Kevin Feige, on the show. Our relationship with them has been fantastic. Just like we’ve been inspired by ‘Star Wars’ for 40 years, I grew up reading Marvel comics. And I still have a few. If someone had told me that I would grow up to write for ‘Star Wars’ and Marvel I would have been very happy. “

On May 14, season 32 of The Simpsons arrives at Disney + Spain. Every Friday a new episode will premiere on the streaming platform.