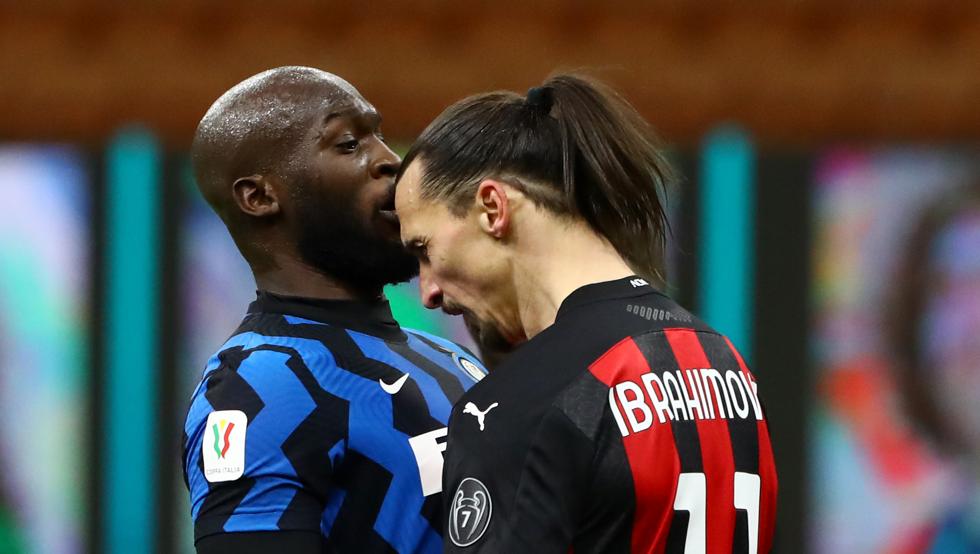 Zlatan Ibrahimovic and Romelu Lukaku starred at Inter-Milan this Tuesday in the Coppa Italia quarterfinals in a ritirrafe during which shameful phrases were spoken, according to the Gazzetta dello Sport newspaper revealed on Wednesday. It was already known that both players did not have much appreciation for each other since they met at Manchester United, but on Tuesday they were the protagonists of a confrontation of those who shame football.

The ritirrafe started after a foul committed by Romagnoli

Ibra had overtaken Milan with a genius goal on 31 ‘. Lukaku scored a 1-1 penalty (in 72 ‘). But earlier, in the first half, the Belgian striker was exalted after a foul by Alessio Romagnoli on 44 ‘. Ibra intervened and faced Lukaku, touching each other face to face, on the verge of physical confrontation. At the end of the first part Lukaku went to look for the Swede and the teammates had to separate. Later, in the 58th minute (when he saw his second yellow) Ibra was sent off and after the game he apologized to his team, before which he denied using racist words.

Always according to the aforementioned Italian media, this was the dialogue between Ibrahimovic and Lukaku:

(When Lukaku did not want to renew for Everton, he did so on the advice of his mother, Adolphine, of Congolese origin and who in a voodoo rite would have received the suggestion to have her son sign for Chelsea in 2017, although he finally signed for United , where he was partner of Ibrahimovic).

Lukaku: Do you want to talk about my mother? Why? Fuck you and your mother. Let’s talk about yours, about mom: it’s a p ….

(And Lukaku to the referee, after he admonished them both: “Why are you just talking to me? Go talk to him”).

Ibra (who continued smiling): I’ll wait for you later.

At the end of the first half, Lukaku went to physically look for Ibra and was stopped by the Inter team manager, Matteo Tagliacarne, as well as Gabriele Oriali (Inter’s technical director) and some teammates.

In the second half Ibra looked for the second yellow card (which he saw on 58 ‘) and Lukaku leveled. Christian Eriksen decided to pass Inter to the semi-finals in 97 ‘. Lukaku says about his mother, who currently cares for the forward’s son: “She is the only woman that counts for me.”

According to the Milan version, Lukaku attacked Romagnoli and Saelemaekers, Ibra intervened to defend his teammates.