Although everything seems to point to Ferrari starting to see the light at the end of the tunnel, the red car from 2020 represented a big step back compared to the SF90, which allowed to fight for the front positions.

Of the 130 points that Ferrari has today in the constructors’ championship, 97 of them have come thanks to Charles Leclerc, with just three Grand Prix to conclude the 2020 season. The maturity shown by the young Monegasque rider at 23 years of age has served him in previous stages to attract the gazes of personalities from the paddock and get to where he is today, as well as a extraordinary talent according to those who trusted him at the crucial moments of his sports career.

“I am happy, satisfied with the way in which I have improved as a driver since the beginning of the season,” said Leclerc himself. His year at Sauber, when sixth place in Azerbaijan was his best result of 2018, helped him quickly get used to the premier class of motorsport and make the leap to the Maranello team. a move that many considered risky and that it could even truncate its future by a fleeting combustion. 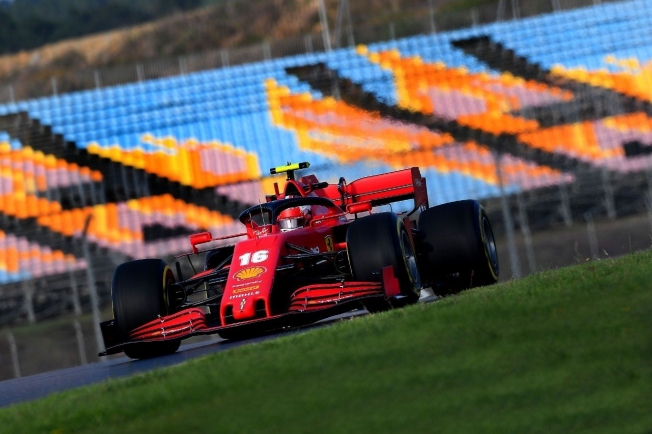 Leclerc lost the podium in Turkey due to an excess of optimism when trying to gain one more position on the podium.

A pole position in his second race with Ferrari, as well as the victories of Belgium or Italy, the only ones to his credit so far, allowed him to show how wrong these critics were: with a competitive car, the # 16 has proven that it can deliver. size and be up to par. But nevertheless, What happens when Leclerc competes with a car that is not there to fight for the top positions? He himself reflects on his adaptation to the SF1000.

«Especially with regard to tire management in the race, I think it was one of my weak points last year. I’ve put a lot of effort into it, and now it seems to be going better, so it’s positive. In the hardest moments is when you get even closer to the people who work with you, and it seems to me that this is exactly what is happening. We are trying to help the team as much as possible to get back where we want, and I think we are creating strong ties for the future of the team. This is good, I hope this difficult situation lasts as little as possible, “he added.

“In difficult times I have found determination in other ways, focusing on myself, trying to improve”

After acknowledging that «That the car is slower this year is a fact», Leclerc admitted that not everything is negative. “Anyway, I think it has made me a better rider, that’s for sure, because in difficult times I have found determination in other ways, focusing on myself, trying to improve, even though we are not here to fight for podiums or victories, but we are fighting for lower positions, “he explained.

«In the end it matters the same for me, and also, in terms of patience, I think he was not a very patient guy in the past, but now I have to be in the situation that I am in, I feel that I have improved in that too. Surely he is a stronger rider than at the beginning of the season, if it is because of the situation we are going through at the moment I am not sure, but my approach has not really changed, in the end I always try to analyze my weak points and improve them, “he concluded.

“My approach hasn’t really changed, in the end I always try to analyze my weaknesses and improve them”

For its part, Sebastian Vettel said that “it is probably not so easy to compare” the improvement of his teammate from one year to the next, especially due to the such a big difference in performance that separates the SF90 from the SF1000, a car that has only been able to get on the podium after really successful races by the drivers of the Italian structure.

“Obviously I’ve had practically a year contrary to yours so farso I can’t be happy. Charles is doing a good job and seems to regularly get the most out of the car, so I think there are a couple of areas where he has improved. I think he already made a good impression in his first year with Sauber, just like he did last year, so I don’t think he has driven very maturely this year alone, ”concluded Vettel.