The penance suffered by other users

With Road Education as an eternal promise and without compulsory refresher courses, the ground is ripe for vices to be perpetrated at the wheel.

DGT shows the worst and most common traffic offenses

Whoever has a friend, has a treasure goes the saying. Well, whoever has a card has another treasure. Because since a driver gets the precious plastic – today also virtual – spend decades without any other endorsement of their behaviors than possible sanctions. SHe will only have to pass the psychotechnic every 10 years -five from the age of 65- to keep it. But no recycling courses that give rise to vices. There will only be safe driving, volunteers, who will give extra points for the permit.

They will not be necessary if we pay attention to the surveys that indicate that the majority of Spanish motorists consider themselves good or very good. Although others, such as one from Fundacin Lnea Directa, conclude that more than half (15 million) admit to being repeat offenders. The daily traffic observation points more towards the latter and is reflected in a list of ‘deadly sins’ of our motorists. We are sure to miss some. 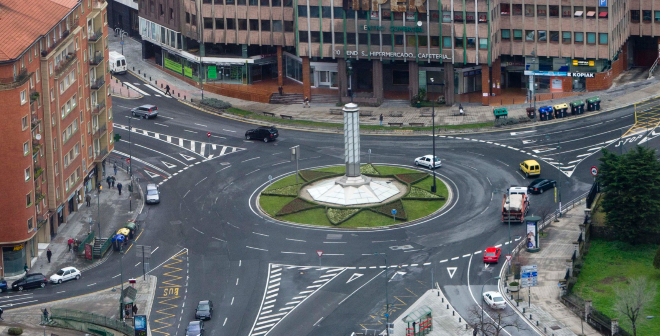 Why exit from the outside lane in a roundabout?

They have been with us for more than four decades, but it is still a territory where the law of the fittest rules, as if they were all the one that surrounds the Arc de Triomphe in Paris, right where they were born more than a century ago. Their usefulness is undeniable: they eliminate dangerous level crossings and streamline traffic by dispensing with traffic lights, but they are a source of continuous conflicts. Everything, for not paying attention to the rules that, for simplicity, can be reduced in two: whoever is already inside the roundabout always has preference over whoever joins. And within the roundabout, who is within a lane with respect to who intends to join it. On the other hand, there are many who continue to endeavor to draw them straight. There are also those who create a dangerous situation to force their exit when it is enough to take one more turn. This writer has seen a driver backing up on a … The fine for driving incorrectly in a roundabout is 200 euros. 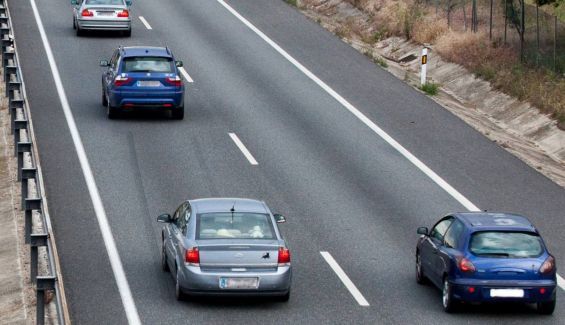 The same sanction is imposed on those who do not respect the rules on tracks with several lanes in each direction. The rule is clear: whenever possible, the one furthest to the right will be used. On the other hand, it is usually freer because many seek the ‘security’ offered by the one in the center, or they subscribe to the one on the left since they want to go faster or make eternal overtaking (which is prohibited on the right).

On the other hand, in that lane accidents are much more frequent due to the so-called accordion effect, due to continuous acceleration and braking. Many, caused by those aggressive drivers who harass the one in front, not keeping a minimum safe distance, no longer the one that the norm says and it seems difficult to respect: about 70 meters traveling at 90 km / h. This type of conduct, if it is manifestly dangerous or causes an accident, can cost a fine of 500 euros and six points, but they can be punished with penalties of up to two years in jail.

Regardless of the behavior of cyclists and pedestrians, behind the wheel there is an imperious rule: although they may be reckless, neither one nor the other have a bodywork to protect them and In 2019 alone, 80 bike users died in accidents. Many drivers are unaware, or do not apply, the rule that forces them to leave 1.5 meters in parallel with them when overtaking, being able to exceed the continuous line if necessary. The DGT will impose that, in this maneuver, we lower the speed by 20 km / h with respect to the limit of the road. As for the traffic lights, there is still a lot of ‘color blind’: the amber light is to brake, not to accelerate.

The indicator comes standard, but there are those who deny it its reason for being: to warn, in advance, of the maneuver that we are going to make. According to Autopistas (of the Abertis group), 53% do not activate them when changing lanes and 67% do not maintain them while overtaking. 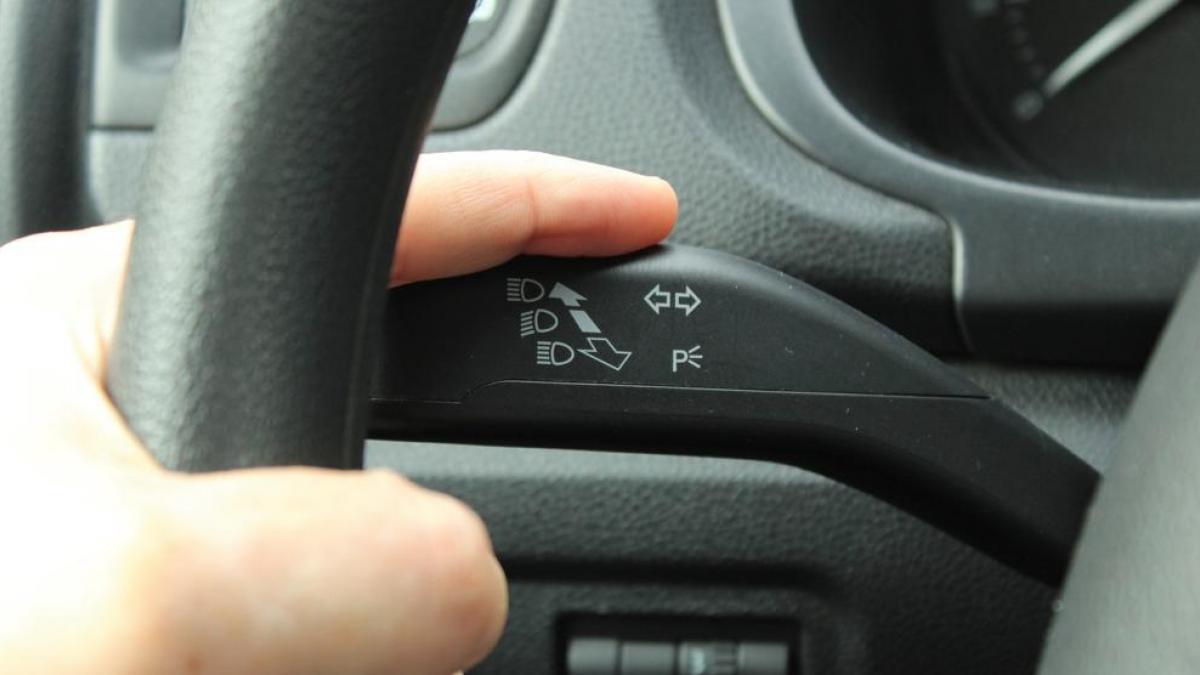 The Civil Guard recalls that up to 60% use them badly, or not, in roundabouts. To this must be added the confusion regarding the lights: it is forbidden to give bursts and it is not mandatory, but recommended, to have them on during the day. More and more cars bring daytime running light as standard, and many other automatisms, such as the change from short to long.

So, lights that are not used, but also headlights that do not work. In 2019, the last ‘normal’ year, the most numerous serious defects on the ITV were related to lighting and signaling (27.5%), followed by axles, suspensions and tires (17.8%). The case of the wheels is more bleeding, since they are key to safety. Ask yourself: When was the last time you checked the pressures? Do you know how to do it? A recent report by Continental and CEA ensures that almost half of drivers do not give enough importance to the condition of the wheels. And that the majority look at the value for money (60%) before the safety (40%). In this sense, the Race and Goodyear report that about 1.5 million vehicles circulate with serious defects in their tires. The age of the park (more than 12 years on average in passenger cars) and the poor economic situation only accentuate this problem.

Although the majority of repeat offenders are due to speeding – which accounts for two thirds of the fines issued by the DGT each year – the big problem lies in those who drive under the influence of alcohol or after having taken drugs. The last report of the National Institute of Toxicology and Forensic Sciences collects that 45.5% of drivers who died in an accident subjected to autopsy were positive to those substances and / or psychotropic drugs. Spain has a problem with alcohol Pere Navarro, director of the DGT, said in November to refer to this situation. In 2019, of the more than 80,000 sentences that were imposed for traffic reasons, 60% were for drunk or drugged driving.

Driving under the influence of alcohol and drugs is the second cause of fatal accidents, second only to distractions, which are a recurring factor in 28% of claims. In 2019, they caused accidents with 359 deaths. Sleep and fatigue, smoking or manipulating the radio or the browser are behind them, but no behavior exceeds the use of mobile, accentuated by the explosion of social networks. 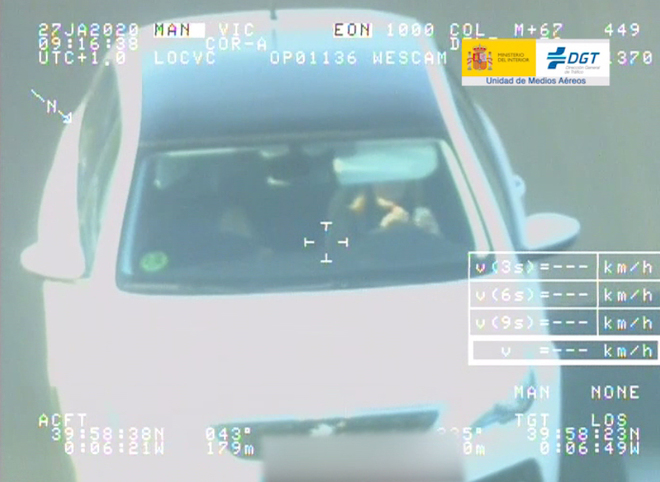 Complaints for distractions captured by the DGT

Its use multiplies by four the risk of suffering an accident. However, 96% of users interviewed by the Race said they saw someone talking on the phone while driving and 76% say they use it without talking, manipulating or looking at it. When the Traffic Law reform comes into force, it is expected that this summer, it will be enough to carry it in your hand to lose six points.