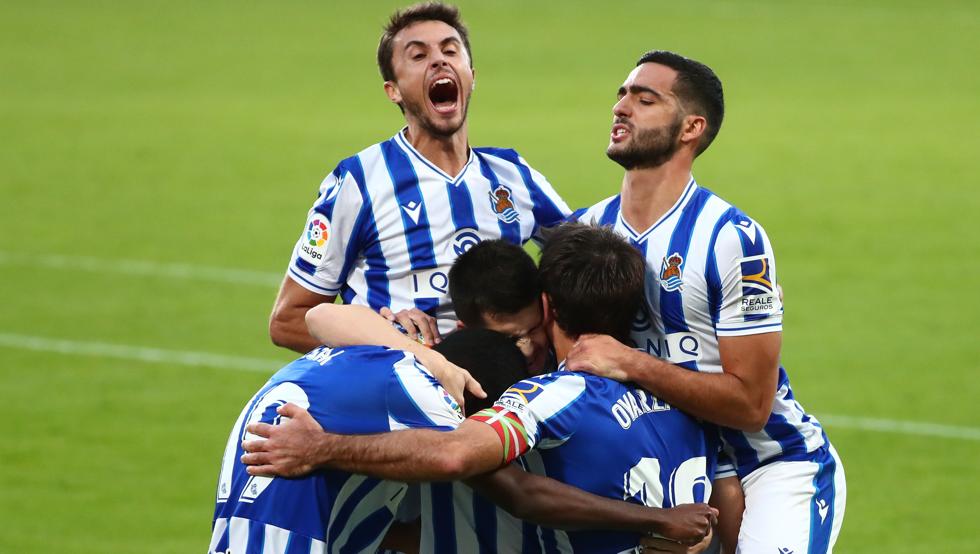 La Real solved another battle in Cádiz in which it almost did not have to regret a scratch. Just a couple of costalazos, tremendous, like the ones he took Mikel
Oyarzabal, which are part of the decoration in the First Division although the first elbow to Fali was left over. But above all, the feeling of returning to the locker room with the seventh victory, looking in the mirror, congratulating the closest colleague and moving on as if just another routine day at the office had passed.

There is nothing routine about this Real de Imanol, which knocks down records. That throbs with cannon shots, with the forcefulness of someone who feels unbeatable, with an unknown authority in this club except at the peak of its history. The books are wide open so that this group that makes its people live with an indelible smile on their lips every weekend to inscribe their name on them. By falling, it fell to Cádiz, an unconquerable port in the First Division in the best of times, an indecipherable hieroglyph for the champions. A walk in the middle of autumn for this generation that, with its avant-garde football, its endless repertoire, its ambition without borders, its non-negotiable effort and its unequivocal will to play only to win, to only accept victory as a variable every time it jumps to the field of play, he is making the rivals surrender beforehand. Cádiz, who with four casualties that would make the most robust of the structures suffer, appeared with the white flag beforehand and only managed to delay the defeat at minute 65. In the whole game he did not shoot between the three sticks of Remiro, who added his sixth game in ten days without conceding a goal.

While in the great axes of power they are lost in eternal debates about the state of health of a league championship with its two main magnates, Real Madrid and Barcelona, ​​especially the latter, affected by an undoubted football decline, which in the eyes of the Chair places Atlético as a great ‘outsider’ to the title, Real focuses on being the leader. The txuri urdin team leads the tournament for the fourth consecutive day alone and, far from offering symptoms of weakness, each week, each match, each calendar date, applying the record that corresponds to each scenario, exhibits an authority that none of its competitors is able to put on the table.

Behind the patience in the handling that he used yesterday in the Carranza to bring down the retreat of Cádiz hid his usual voracity. Although with a softer melody of seduction, perhaps with less rock and roll, in the first half he already had nine dangerous arrivals in which the logical thing would have been to score a goal. That it reached 25 minutes to go was part of the anecdote. Just another routine day at the office had passed. Another day in which the Real won. The leader of Primera.