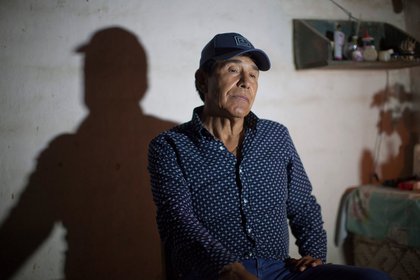 In the last three months, a war in Sonora has shown the resurgence of the so-called Narco de Narcos (Photo: File)

An alliance between Rafael Caro Quintero and The line of the Juarez Cartel would have resulted in the Bavispe massacre, Sonora, where they were shot three adults and six minors age of families LeBaron, Miller, Johnson Y Langford in November last year.

In accordance with Adrián LeBarón, a month before the attack occurred, Caro Quintero met with members of La Línea, identified as material authors. The drug traffickers would have had a meeting in Buenaventura to plan a coordinated coup from Caborca, Sonora, to the northeast of Chihuahua.

The above in order to “heat the area” and block the passage of drugs to other cartels that traffic to States United. For that reason, the Diario de Chihuahua reported, the massacre occurred.

Well In the narco’s strategy, “heating the plaza” means a series of constant or relevant attacks and thus attracting the attention of the authorities, so that the place is guarded with greater force or operations are assigned to reduce the focus of violence. For this they use kidnappings, disappearances and murders whose exhibition is publicized. 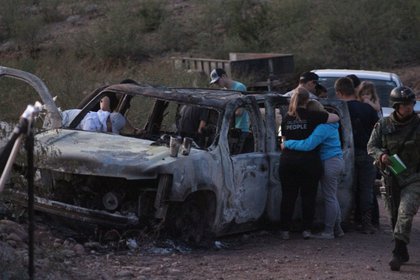 Members of La Línea would have fired from a van at the 3 vehicles where three women with 14 minors were traveling (Photo: Cuartoscuro)

Initial versions of the case they reported that the massacre had occurred due to an alleged confusion. However, part of that hypothesis has been discarded, because those who were traveling in the vans reportedly told the attackers that only women and children were there. Allegedly, the confrontation between La Línea against Los Salazar, one of the cells of the Sinaloa Cartel, would have resulted in the attack due to territorial disputes.

But The case has taken a turn after Adrián LeBarón attended the hearing on Alfredo “L” connection to the process, which took place on November 10. This capo was arrested on November 4, precisely on the anniversary of the crime. In that appearance, the defense of the nicknamed “Coma Lara”, a direct participant, would have upheld the hypothesis of confusion, but the judge did not accept that argument.

On November 4, 2019, in an area of ​​the Sierra Madre Occidental in the vicinity of the community of La Mora, municipality of Bavispe, in the extreme northeast of the state of Sonora, bordering Chihuahua; members of The Line would shot from a van at the 3 vehicles where three women with 14 minors were traveling old. 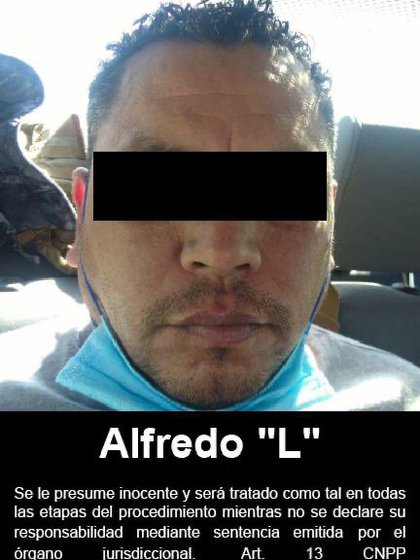 Coma Lara, the alleged perpetrator, was arrested on November 4, precisely on the anniversary of the crime (Photo: FGR)

The criminal group of the Line operates in Chihuahua and the square is also disputed with the armed arms of cartels such as New people, The Mexicles, The Aztecas and the Jalisco New Generation Cartel (CJNG).

Rafael Caro Quintero is the drug lord most wanted by the United States Drug Control Administration (DEA); the agency is offering a $ 20 million reward for data leading to his arrest. Too it is between the first 10 goals of the Federal Bureau of Investigation (FBI) and has a red card in the International Police (Interpol). He is the only Mexican who appears in the three portals.

In the last three months, a war in Sonora has shown the resurgence of the so-called Narco de Narcos, videos, blankets, publications and murders have been the indicators. Allegedly, would lead a cell called the Caborca ​​Cartel, which in turn is in dispute of the square against The Durangos, faction linked to Los Chapitos, sons of Guzmán Loera. 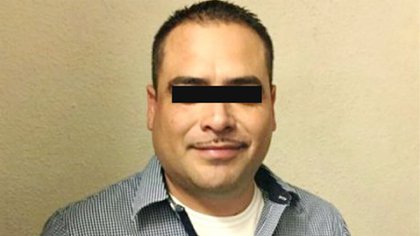 Roberto González Montes de La Línea was arrested on November 23, he would be the intellectual author of the massacre (Photo: Twitter @ ElMundoNarco1)

On the investigations that weigh against him, now the Bavispe massacre is added, the case that shocked Mexico and the United States last year. In the North American country he is accused of four charges related to organized crime, conspiracy to commit violent crimes, kidnapping of a federal agent, as well as the crime of murder in this case.

It is required by the central jurisdiction of California, in accordance with the DEA, an agency that maintains a particular persecution because Caro Quintero participated in the torture and execution of a member of the corporation: Enrique Kiki Camarena. This officer was infiltrated in the capo’s faction and after being discovered, he was assassinated in 1985; For this crime, the Narco de Narcos was arrested the same year and after spending almost three decades locked up, Mexican authorities released him in 2013. The US wants to extradite him and is looking for him.

Who is the “Mudo”, alleged mastermind of the massacre against the LeBarón family

LeBaron case: “Coma Lara”, alleged member of “La Línea”, armed wing of the Juárez Cartel, is linked to the process

Rafael Caro Quintero, “narco de narcos”, is a priority target for the DEA, the FBI and Interpol: Mexican authorities released him from prison