A summary of the best images of the day (.) 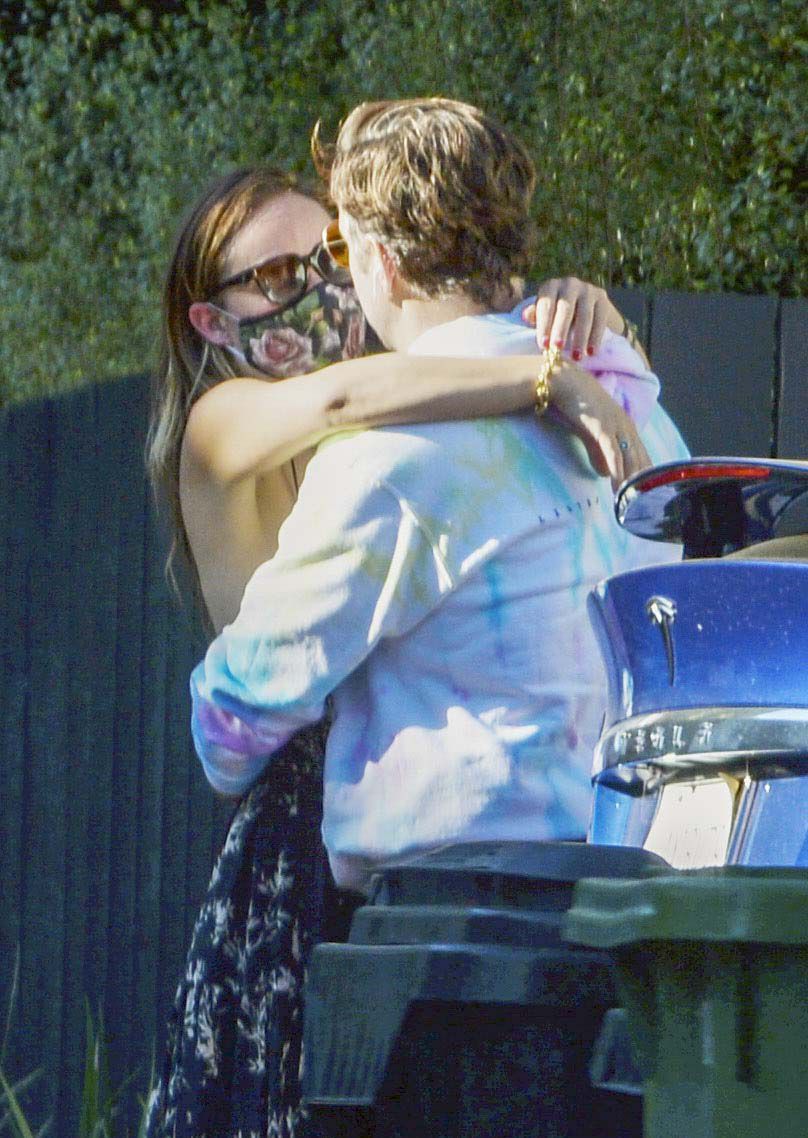 The reunion of Olivia Wilde and Jason Sudeiki after announcing their separation after 10 years as a couple. Although they did not get married, they had been engaged since 2012 and are the parents of Daisy and Otis. The actors were captured by the press when they said goodbye in a very affectionate way and in the middle of a heartfelt hug, which shows that despite the break-which would have been several months ago- they are still getting along very well (Photos: The Grosby Group ) 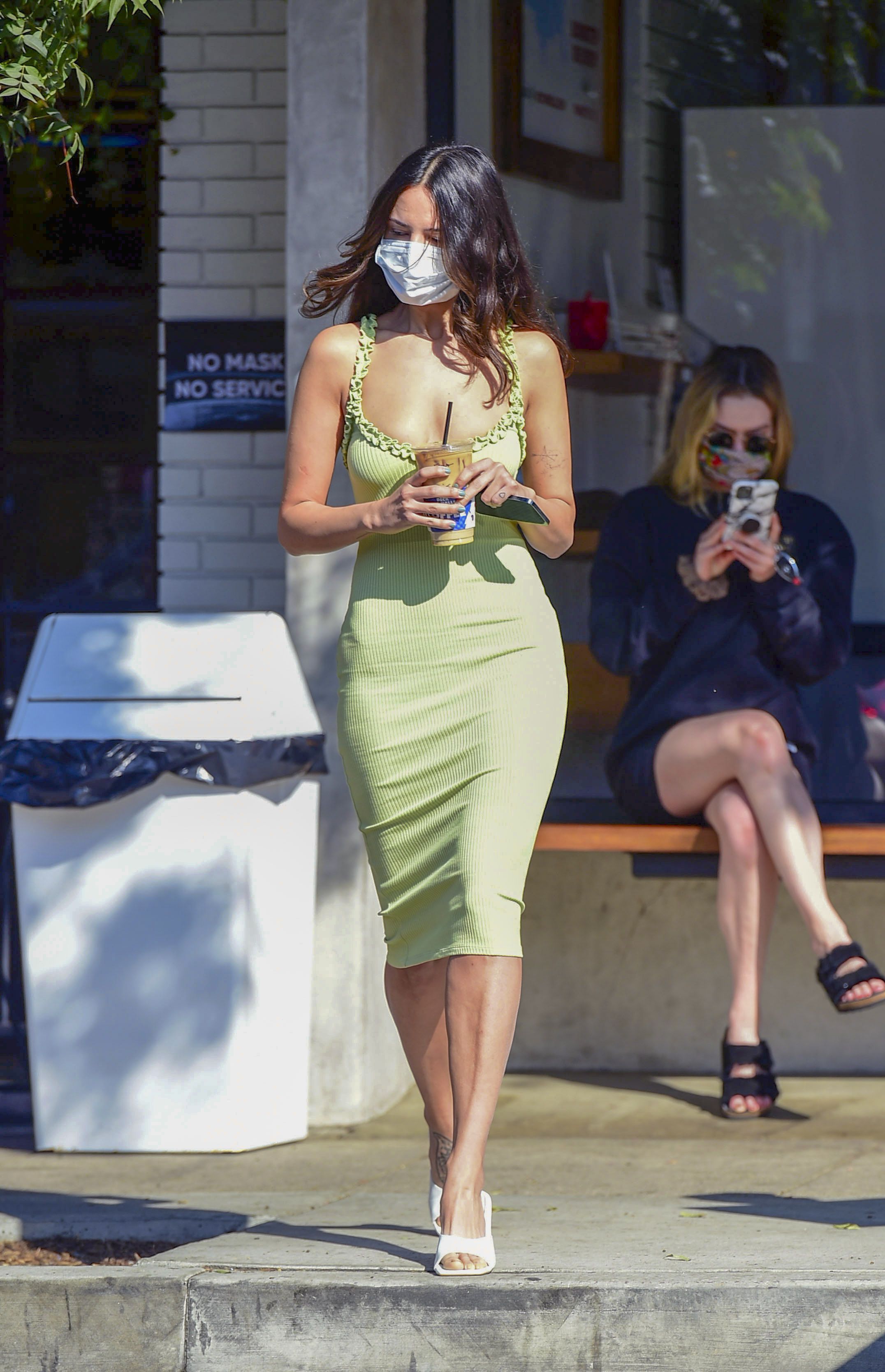 Eiza Gonzalez set a trend on the streets of Los Angeles. The 30-year-old actress was seen leaving a place with a coffee in her hands, she wore a lemon green dress, white heels and mask, following the sanitary protocol for the coronavirus pandemic The glam look of Sarah Jessica Parker. The actress walked the streets of New York as she made her way to her exclusive SJP By Sarah Jessica Parker shoe store, where she has been seen more than once serving clients. The protagonist of “Sex and the City” wore an oversize jacket printed with different designs and a fuchsia style that combined with her mask. 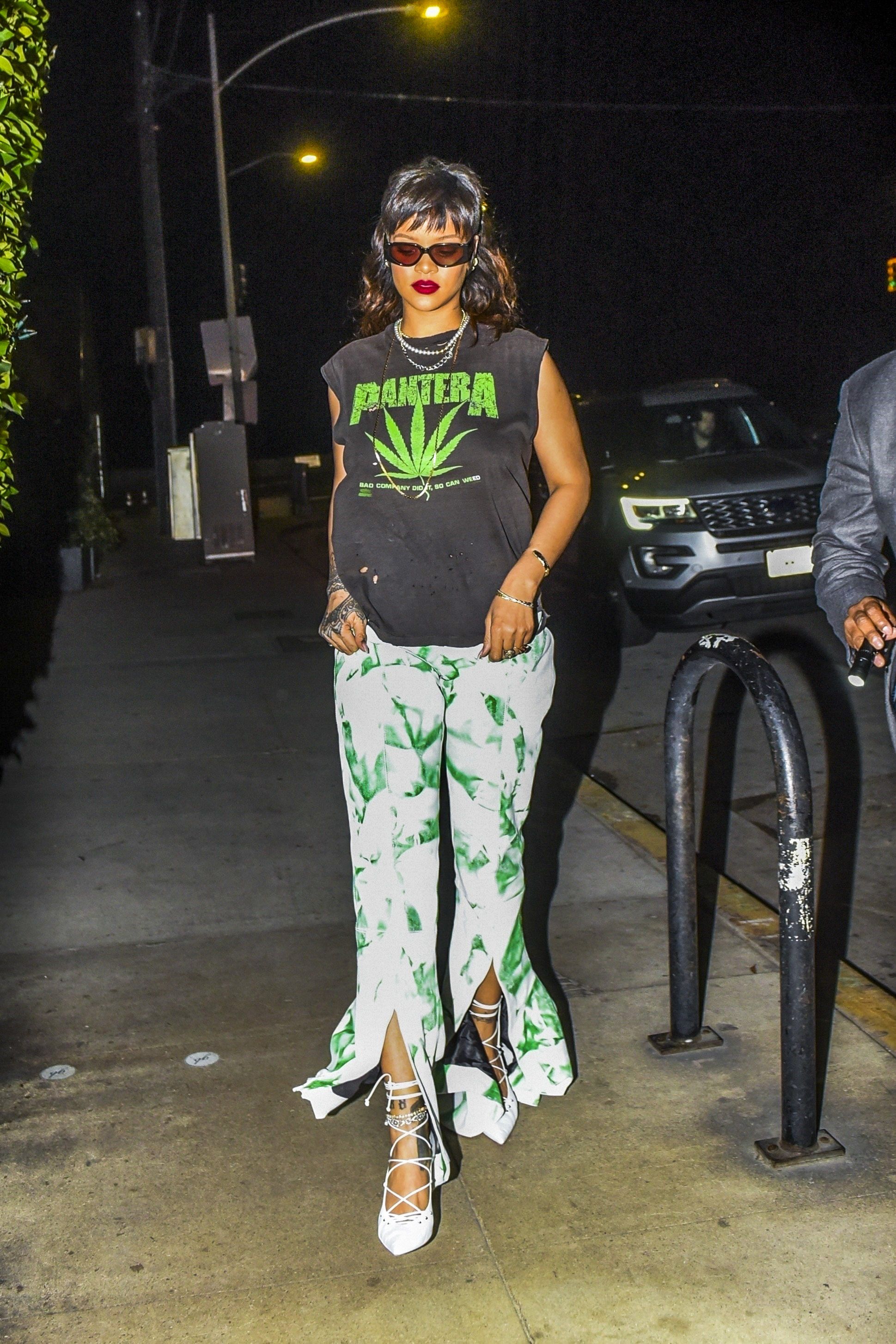 Rihanna’s new look. The singer removed her braids and showed the change that was made in her hair when she went to eat at her favorite restaurant, Giorgio Baldi, in Santa Monica. She was accompanied by her stylist, Yusef 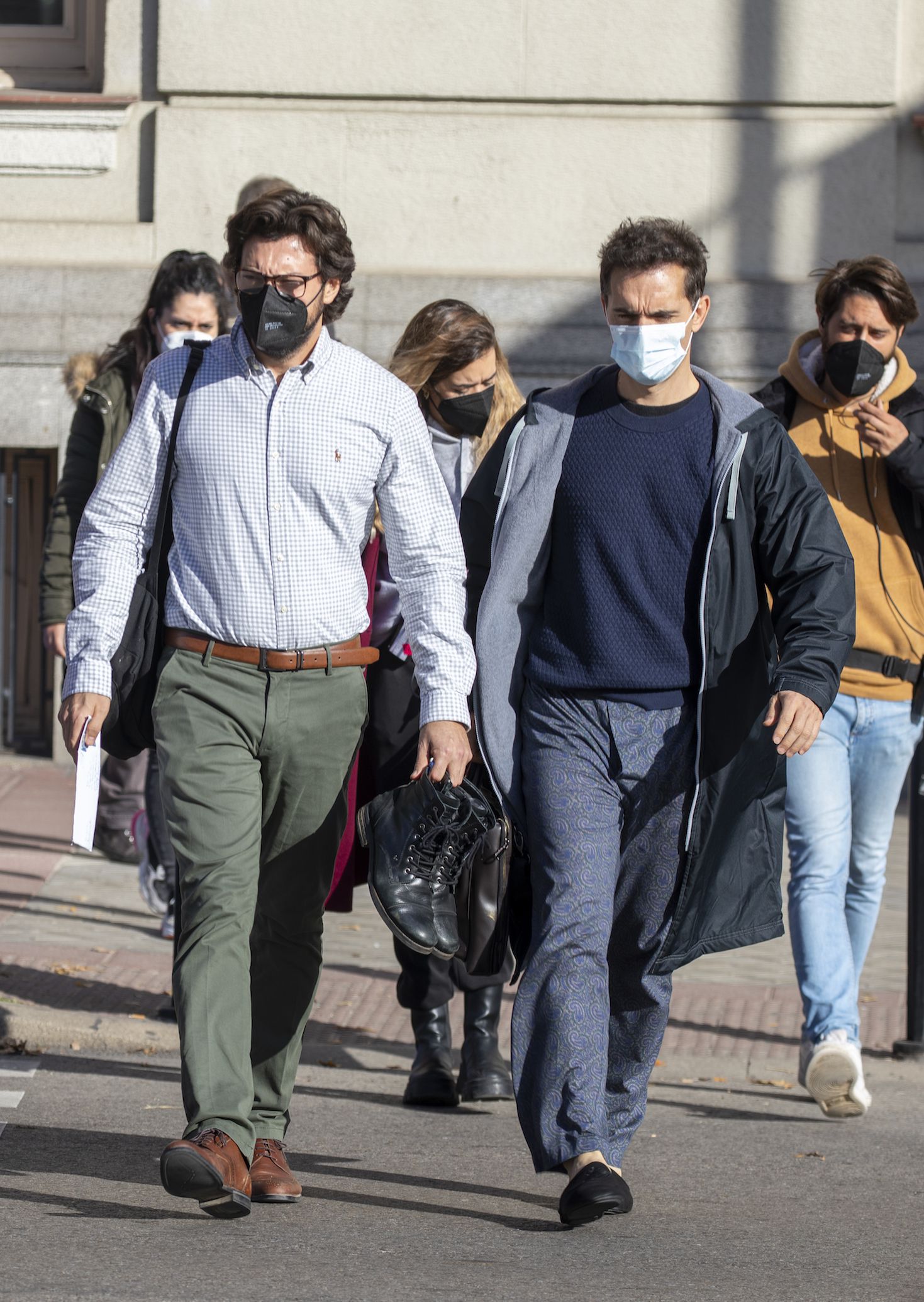 Alvaro Morte and Pedro Alonso enjoyed a walk through the streets of Madrid, Spain, in the middle of a break from filming the new season of “La Casa de Papel”. The actors who play The Professor and Berlin were seen with their masks and part of the costumes they use in the Netflix series 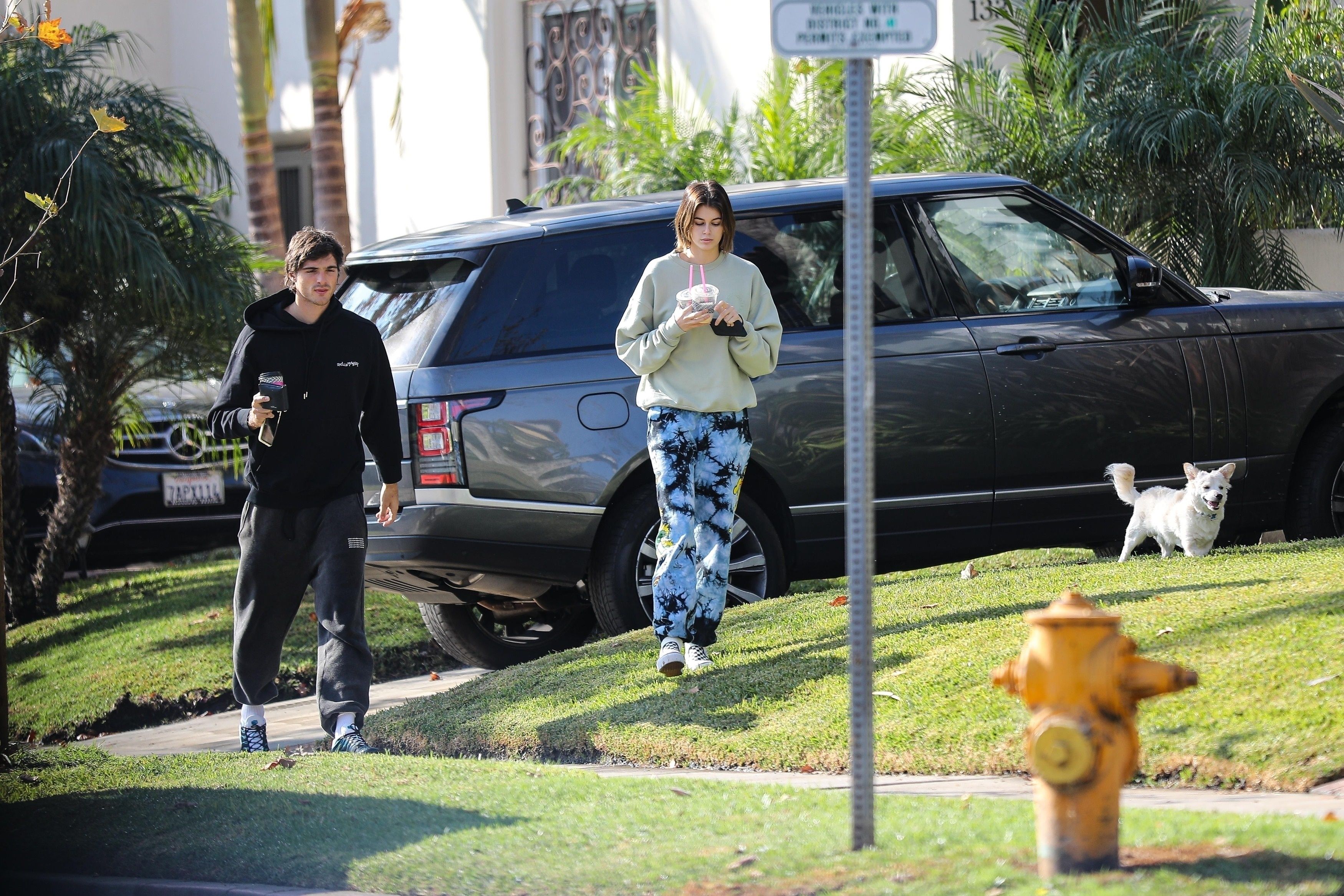 Kaia Gerber and Jacob Elordi enjoyed a walk around their neighborhood in West Hollywood, California. After buying a coffee, the actor – recognized for his role in “The Kisses Stand” – and the model visited some friends. In addition, they were accompanied by their pet 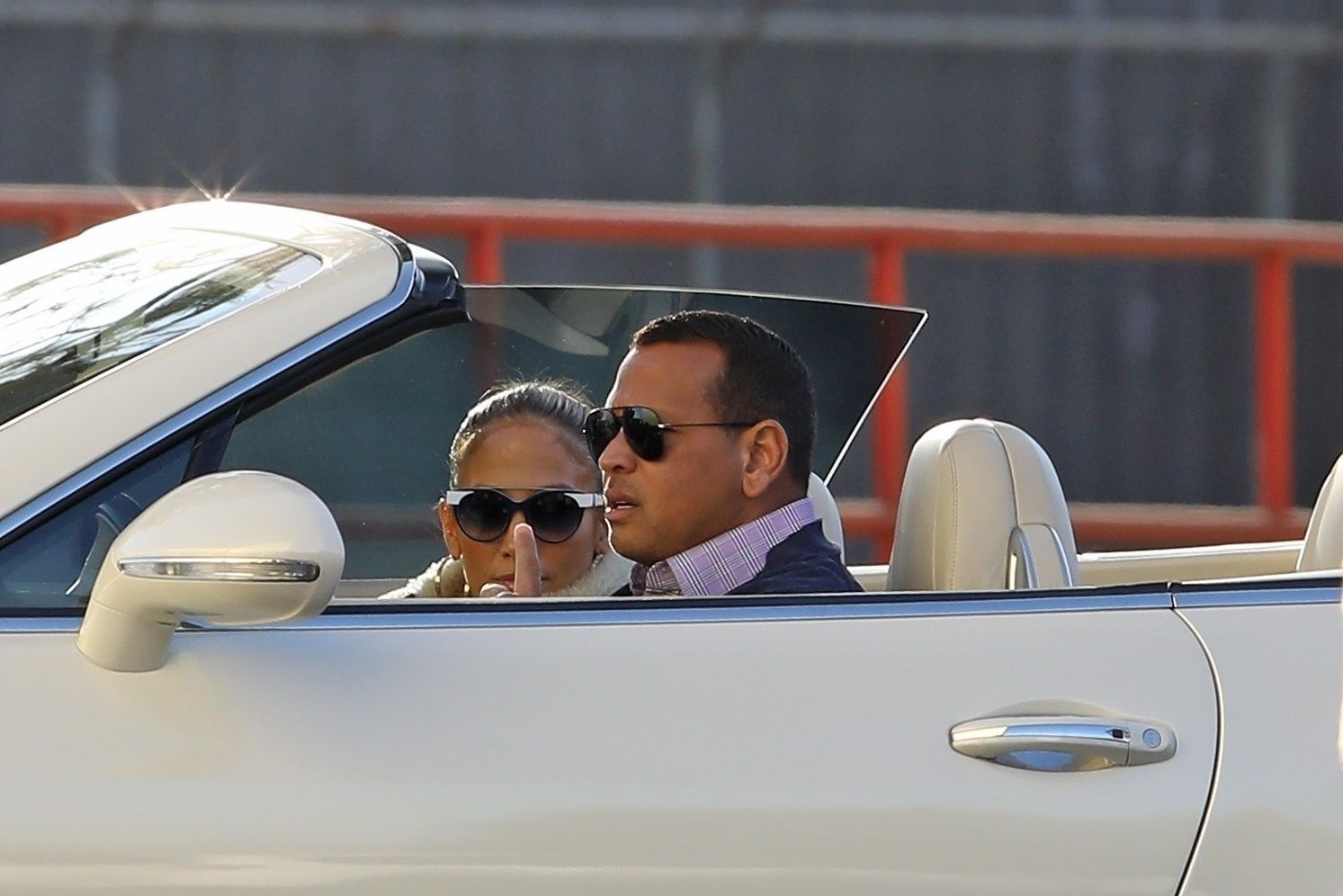 The luxurious ride of Jennifer Lopez and Alex Rodriguez. The actress and the businessman arrived at the singer’s recording studio aboard his white Bentley convertible car 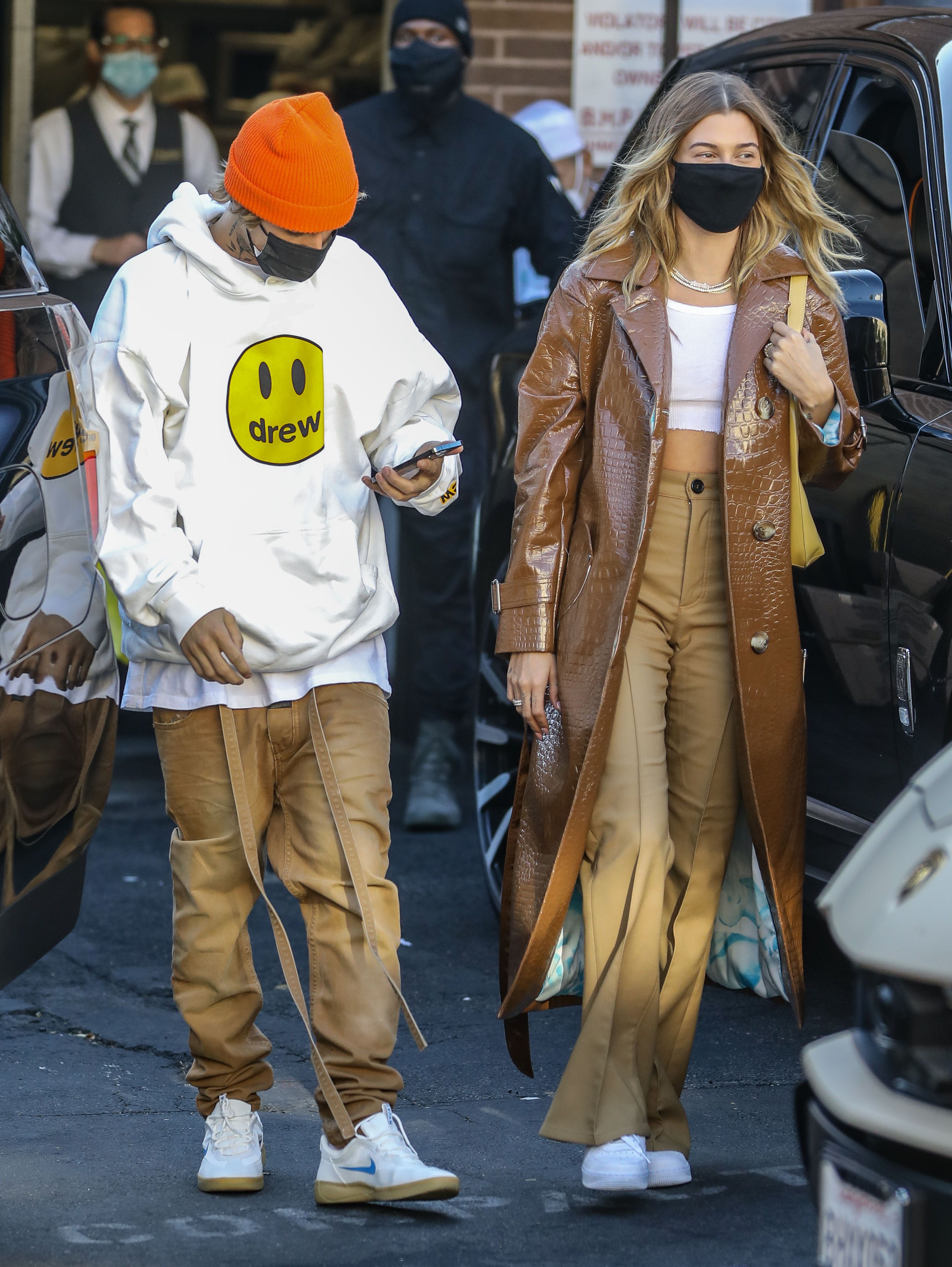 Justin Bieber and his wife, Hailey Baldwin, set a trend with their looks: they wore pants of the same color. The singer wore a white jumpsuit with a fluorescent emoji while his partner opted for a stylish long crocodile skin cape. They both wore their face masks and white leather sneakers The Jude Law Walk in London, England. The actor, who recently became a father for the sixth time, wore oversized pants, brown boots, a gray sweater, a white scarf and a woolen hat on his head Sophie Turner walked her baby Willa – four months old – in Los Angeles, California. The actress enjoyed the walk with her daughter, who was in the stroller, the result of her relationship with Joe Jonas. Since they were parents, the couple has tried to keep a low profile and protect the little girl’s privacy, which is why when she discovered the photographers, Turner was upset (Photos: The Grosby Group)

Vicky Xipolitakis returned to Masterchef Celebrity and paid tribute to Germán Martitegui: “I miss it”

Thelma Fardin spoke of the new life of Juan Darthés in Brazil: “It is evident that all this is very unfair”