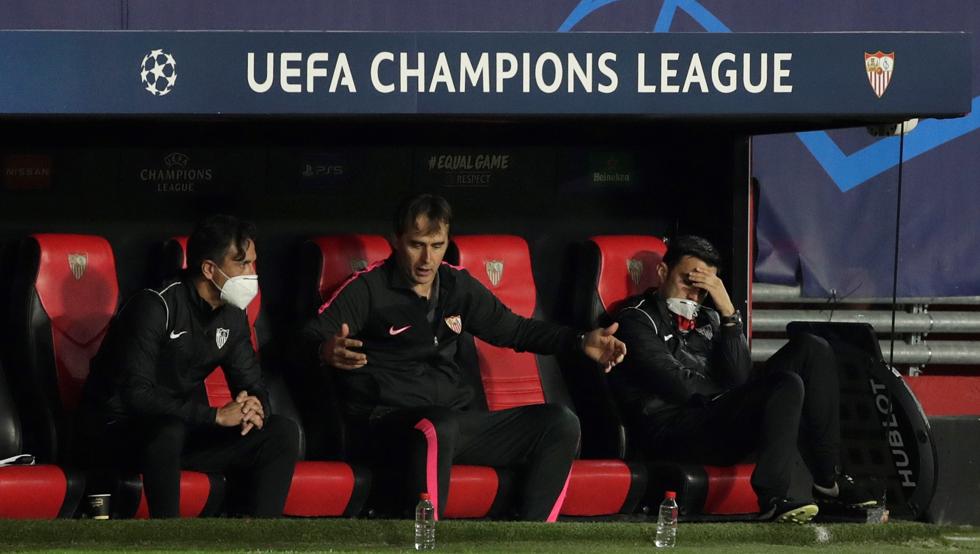 Julen Lopetegui, coach of the Seville, regretted what happened with the passage of Borussia
Dortmund by Sánchez Pizjuán. The Gipuzkoan coach assured that the punishment for mistakes made in the first half was excessive, but made it clear that he does not lose faith in coming back on the return leg.

“In the second part the team has been remade”

“The result is not good. Losing at home to Dortmund is never positive, but there is one game left and we are going to hold on to that possibility. We will go with ambition and enthusiasm, we have not deserved to lose but they have one of the best players in the world, who has made a difference, and it has been an excessive punishment. They have been very forceful and we have made a mistake. In the second half the team was rebuilt, we tightened them and we had opportunities to draw, but we have to get up quickly and recover well for what is coming, ”said the former coach, happy with the response of his team in the second act.

“We deserved the draw, a few more goals. In the first half they punished us every time they arrived and the referee also set a very high level of aggressiveness and we have to adapt to that bar very quickly. Then we have done it and the team has been better ”, he continued, highlighting the offensive level of the rival and of a team like Haaland. “He is a world-class player. We already said it in the previous one. Despite being 20 years old, he is at the height of the best “

Haaland? Despite being 20 years old, he lives up to the best

Finally, he reassured the fans. “Tell them that the team is going to go without any doubt. There is one game left and we are going to go with maximum faith and hope to turn the tie around ”.