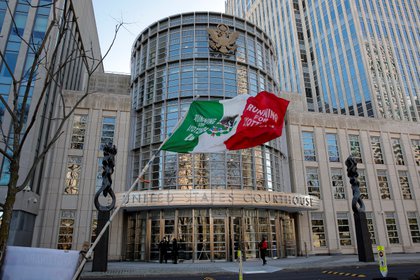 “It is an unprecedented turn, never seen first in the bilateral relationship between Mexico,” said diplomat Arturo Sarukhán in relation to the case of Salvador Cienfuegos (Photo: REUTERS / Brendan McDermid)

Arturo Sarukhán, former Mexican ambassador to the United States, noted that the dismissal of charges against Salvador Cienfuegos, former Secretary of National Defense, in the United States, it will bring consequences to the rule of law of both nations.

“It’s a new twist never seen first in the bilateral relationship between Mexico, second in the judicial processes in the United States, it will generate many consequences in terms of the rule of law on both sides of the border, for both countries ”, he assured in an interview with Alejandro Domínguez on Milenio Televisión.

The diplomat noted that in addition to the risk of weakening the country’s relationship with the armed forces, endangers “a whole process of harmonization of processes, protocols and exchanges of information”With the United States.

Sarukhán told the media that, although for now the matter seems to be resolved, “the possibility of bilateral confrontation around this issue ”. Estimate that this situation impacts in the medium and long term the “relationship between Mexico-United States, for cooperation in the exchange of information and intelligence and efforts against international organized crime ”.

The also son of the former rector of UNAM, José Sarukhán Kermez, pointed out that he still needs to know the details that led to the release and delivery of Cienfuegos to Mexico. Such a situation would demonstrate the importance of the relationship between the two countries.

“The strategic importance that, at the end of the day, the relationship with Mexico has for the United States in these matters of intelligence and information exchange,” he said.

Another point to check is the way in which the DEA (Drug Enforcement Administration) acted without consulting other United States agencies in their investigations. 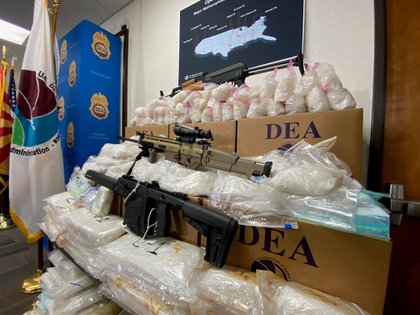 Such independence of the organism would point to a weakening of collaboration “That has been built between the two countries”, in addition, would explain their decision not to share data and make decisions.

The diplomat noted that Such an event could destroy trust and bilateral information exchange mechanisms.

He also clarified in his opinion video for Latinus that, although the situation has occurred close to the presidential elections in the United States, It has nothing to do with the relationship between President Andrés Manuel López Obrador and his counterpart Donald Trump or even with Joe Biden.

Remembered that for more than two decades both nations have attempted to unify their armed forces, based on trust and engaging in efforts to pay for public security, led in part by the Pentagon, so the DEA’s decision not only surprised the government of Mexico but also that of the United States. 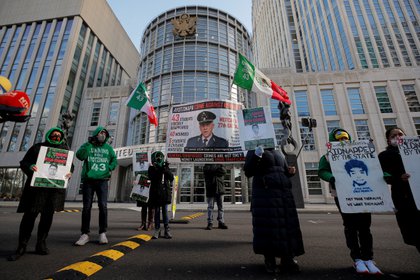 The independence of the DEA would point to a weakening of the collaboration (Photo: REUTERS / Brendan McDermid)

He also noted that Mexico has “teeth”, in its relationship with the neighboring country, to exert force on the bilateral agenda, since after this situation, could limit the role and activities of DEA agents in national territory.

“Is a unusual decision in the history of relations between Mexico and the United States, a decision that without prejudice to the implications it has for the rule of law in both countries for impunity, for corruption and the importance of effectively verifying that in this complex process in which the Mexican armed forces have been playing a fundamental role in the fight against organized crime”, He pointed.

He also pointed out to the media that this situation has let see the importance of the country in matters of security and welfare of the United States. 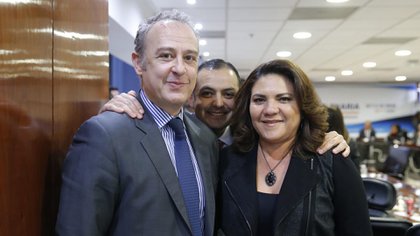 “Finally, it brings us to an issue that is sometimes poorly understood in Mexico, first of all effectively Mexico is critical to the security and well-being of the United States (…) Beyond this decision, whether we agree or disagree, what it sends is a crystal clear signal of the strategic importance that Mexico has at the end of the day for the United States and it is a message that I believe begins to understand a little more ”.

It should be remembered that Cienfuegos arrived last Wednesday afternoon at the airport in Toluca, State of Mexico, at 6:40 p.m., from New Jersey. His arrival was also confirmed by a letter to Judge Carol Bagley Amon, where it was stated that the United States Marshals Service successfully transported the former chief of the Army.

Let there be justice and be transparent: the request after the dismissal of the charges against Cienfuegos

Cienfuegos is already in Mexico; was notified of the folder against him

The Cienfuegos route in the hands of the FGR: the general can go home or return to a cell