Agriculture expels 12% of the total CO2 emitted by Spain into the atmosphere every year. Producing food is essential for our survival, reducing emissions as well. Is there an agri-food model capable of reversing this situation?

The Center for Ecological Research and Forestry Applications (CREAF), through the project LIFE Polyfarming, demonstrates with scientific data that the regenerative agri-food model, focused on restoring soil health, is a feasible solution to this global challenge.

According to the results obtained during the last three years in the Planeses pilot farm (Girona, Catalunya), the living and fertile soil of a regenerative garden it stores around 30 times more atmospheric carbon a year than a conventional one. In addition, regenerative grasslands, which are managed with grazing animals, sequester around three times more carbon per year than unmanaged grass.

These annual rates of carbon sequestration occur during the first 6 years after the change from conventional to regenerative agri-food model. After this time, the soil remains a large sink, since the stored carbon it is not released into the atmosphere. On the other hand, this agricultural model has already shown to emit 40% less CO2 than the conventional one by not using pesticides or chemical fertilizers and reducing machinery.

In order that the regenerative system tested by Polyfarming can be replicated on a local and global scale, the Polyfarming System Manual. A ‘ABC’ of agriculture and livestock regenerative which aims to provide tools and knowledge so that anyone interested can replicate it on their own farm.

“It is urgent transform the intensive agri-food model so that it goes from being one of the main causes of climate change to being a great ally ”, comments the project coordinator and CREAF researcher, Marc Gràcia. “In fact, we have calculated that if the entire agricultural and grassland area of ​​Catalonia were to make a transition to regenerative practices, the annual CO2 emissions of the Catalan agricultural sector would be fully offset,” he continues.

The expert community claims that the transition from one model to another should be a short-term objective, although it recognizes that change can be difficult, because it implies great social, economic and political support.

The central axis of regenerative practices is to recover the fertility of the land, keep it humid and in conditions so that the life of the soil, which includes microorganisms, plants or insects, is capable of sequestering and storing a large amount of atmospheric carbon in the form of organic material.

In Plans, the last three years, soil organic matter has doubled. This increase has also improved the ability to retain water from the soil between 15% and 20% with respect to the conventional system.

In Planeses, the last three years, the organic matter of the soil has doubled

“If the soil has more organic matter, it is capable of retaining more water and the effect of floods, erosion by heavy rains is softened and it contributes to the crops being productive under severe arid climatic conditions, such as droughts, which each more frequent in the Mediterranean due to climate change ”, he points out Maria Josep Broncano, CREAF technique of the Polyfarming project.

To achieve these levels of organic matter, the regenerative system uses a circular and minimally invasive production system, “in which the soil is the center of the system”, comments Marc.

For example, cows They graze every day on a different patch of grass and it takes a while to return to that area, so as not to spoil the plants with trampling: they fertilize with their excrement, eat the best grass and return when it is ready again.

Chickens and rabbits They also move freely through a different pasture area each day, transported in mobile poultry houses and pens. Marc points out that in the regenerative model “the plant-animal relationship is essential, since cattle are a key element in recovering soil fertility”.

Hard machinery is practically not used on the farm either, and the forest resources to nourish and protect the soil while increasing its ability to absorb or retain water. To do this, they make charcoal or biochar, bury wooden logs, spread shredded wood chips (BRF), or fertilize with Bocashi compost, an organic fertilizer obtained from plant and animal remains or biofertilizers that are made with plants and microorganisms from Mountain. 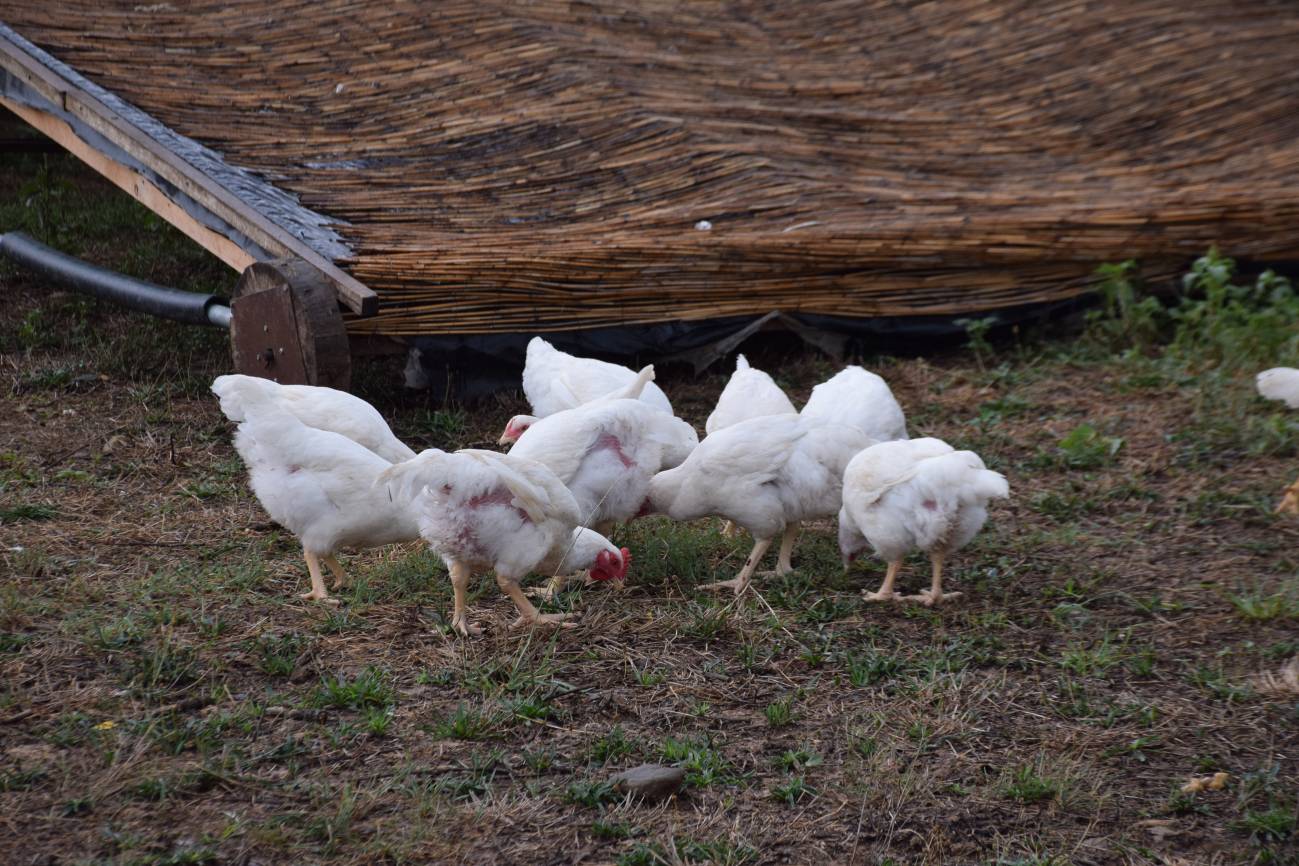 From rural abandonment to profitability

“Planeses was an abandoned farm before implementing the regenerative model, there the conventional system would not have been profitable. Today, a few years later, it is a project in which eight people work and which has recovered the agricultural and livestock activity of the farm ”, comments Marc.

Because the Polyfarming system reduces dependence on market inputs and heavy machinery, and uses technologies accessible to all and applicable at different scales, it is an effective formula to recover agrosilvopastoral activity in abandoned Mediterranean mountain areas.

“A country that does not have fertile land is not capable of producing food, nor of deciding its own agricultural and food policies. Recovering lost fertility helps promote food sovereignty and to produce quality food for society as a whole without being controlled by large external lobbies ”, adds the project coordinator.

A country that does not have fertile land is not capable of producing food, nor of deciding its own agricultural and food policies

The manual is made up of several chapters that explain the regenerative system from the perspective of the soil, the forest, the meadow, the livestock and the crops and that detail how to combine and integrate the resources that they offer us in an agri-food production model. Too incorporates specific regenerative agriculture and livestock techniques and the environmental, productive and economic benefits of applying them. In addition, it includes a section with the cost involved in starting it, both the different techniques separately and the total balance. This material is the result of an exhaustive work of documentation, analysis and evaluation of the real experience of applying the Polyfarming system in the Planeses farm.

The project also plans three sessions to replicate the regenerative model in Extremadura, Basque Country and in the Ariège region, France. The training will focus on ranchers and farmers looking for more sustainable ways to produce food, both environmentally and economically. They will explain in the field how they can adapt the regenerative model to different environmental conditions and depending on the available resources.

“Polyfarming shows that the regenerative model is a real and feasible option. We want the farm and the manual to serve as examples that facilitate and contribute to change ”, concludes Marc.

What is regenerative agriculture?

Regenerative agriculture is a revolutionary new concept based on feed plants naturally and use only the earth’s resources to do so. It is not about going back to the past and doing it as it was done in the last century.

Today there is a very advanced scientific knowledge of how natural processes and plant nutrition work, which the regenerative model has used to propose new techniques. The center of the model is the soil and therefore the main concern of the farmer is to maintain a living and moist soil.

Thanks to the techniques mentioned in the previous sections, this model uses the farm’s natural resources to regenerate the soil, forest resources, grazing animals (with their droppings) and the garden itself.

Regenerative agriculture protects the soil from any intervention that can affect its own biological processes: it is not tilled, no bare or bare soil is left, and no chemical fertilizers or pesticides are used, among others.