NVIDIA has taken a step forward. Any movement that contributes to curb speculation That is so dramatically degrading the graphics card market is welcome. And this is precisely what this company claims to pursue through the statement published by Matt Wuebbling, one of the most responsible for the global marketing of this brand.

“We want to put GeForce graphics cards in the hands of gamers. We want them to be less attractive to miners, ”said this executive on the NVIDIA blog. And to achieve this, what they have done, as we told you yesterday, has been reduce hash rate of the GeForce RTX 3080, 3070 and 3060 Ti graphics cards that are currently being manufactured, and which will begin to hit stores at the end of May.

The hash rate, or the hash speed, which is how this parameter is also known, measures the processing power of a certain integrated circuit when it carries out the mathematical operations required by the algorithms that cryptocurrencies use to implement the public registry of transactions. And obviously reducing the skill with which your GPUs carry out these calculations makes them less desirable for miners.

People who use dedicated hardware to mine, such as ASIC chips, which are integrated circuits specifically designed for mining, and therefore are more efficient in this scenario than GPUs, this measure will not affect them. However, users who use graphics cards to cope with this process yes it will condition themespecially if they intended to buy more cards in the next few months.

What is not entirely clear yet is what procedure NVIDIA has used to enable hash rate reduction. It could only be a limitation established through the firmware, or it could involve some modification of the hardware. The chosen strategy will condition the robustness of this measure, so we may not have to wait long for new clues about how NVIDIA has implemented this restriction. 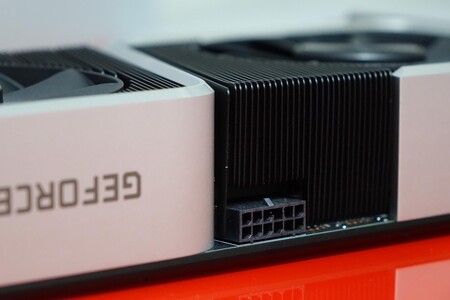 For gamers this move is positive insofar as it should have a perceptible impact on the graphics card market starting next June, which will be when we will presumably start to see modified cards in stores. We all know that, unfortunately, because of speculation to get a next-generation graphics card at the official price during the last months it has been a real feat.

NVIDIA’s move should help combat speculation and make it a little easier for gamers who have been trying to buy a new graphics card for several months, but it certainly won’t be the ultimate solution to this problem for a reason: there are currently a huge bottleneck in foundries, which are the semiconductor factories that produce graphics processors, microprocessors and any other highly integrated chip.

The production of integrated circuits with high integration technology is essentially in the hands of four companies. Only four. The resources that are required to produce chips as advanced as the microprocessors in our computers or smartphones, or the graphics processors in our graphics cards, are only available to TSMC, Intel, GlobalFoundries and Samsung.

This last company, precisely, is currently using its 8nm FinFET photolithography to manufacture NVIDIA GeForce RTX 30 family GPUs. The problem is that the demand for chips has grown dramatically during the pandemic as a consequence, on the one hand, of teleworking and studying from home, and also of the growing dependence that many of us have on electronic devices caused by the longest time we spend at home during the health crisis. 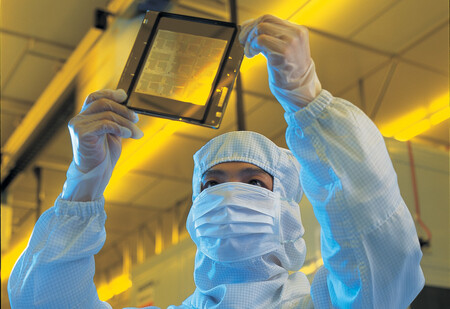 The chip deficit has also been increased by the tension that currently exists between the Chinese and US governments, and the millionaire tariffs that both countries have launched in response, as well as by the cut in the manufacture of semiconductors that are occurred during the worst months of the pandemic, among other factors. The foundries assure that during the last months they are trying push your production capacity to the limit to meet demand, but their room for maneuver is limited.

As Eun-Young Jeong and Dan Strumpf explain in their Wall Street Journal article, foundries find it very difficult to increase their semiconductor manufacturing capacity. This process is extremely complex, so they have only been able to introduce marginal optimizations in the production model, such as minimizing maintenance tasks to make silicon wafers move faster through manufacturing lines.

Furthermore, semiconductor manufacturers are forced to divide your production capacity among your clients to try not to leave any of them hanging. Samsung in particular is challenged to meet its own domestic demand to produce, among other chips, the Exynos processors for its mobile phones, and, at the same time, serve customers like NVIDIA. And, as foundries have confessed, it is not being easy for them to do so given the large increase in demand.

The growth that the PC market is reflecting in recent months illustrates the increase in demand very well. According to the IDC consultancy during the first quarter of 2021 this market has grown 55%. It is a real beast. And nothing seems to indicate that this trend will change, which has led some experts to predict, and given the circumstances what they say is reasonable, that the chip deficit will continue during 2022.