Home>World>the quarries of the little artists that excite us

Until not many years ago, if a Spanish artist wanted training in musicals, which involves singing, dancing and performing, I had to look beyond our borders and end up traveling to train in schools in the UK or the USA, which meant a great investment of time and money.

But that has changed. The musicals that are produced in Spain, with the Gran Vía de Madrid as a bulwark, are recognized worldwide and begin to look without complexes at the great meccas like Broadway, in New York or the West End, in London.

A good part of these achievements come from the artists who take the stage, who are at the same time singers, dancers and interpreters. And much of its artistic quality comes from training obtained in Spain.

In 2017, the production company SOM Produce premiered in Spain Billy Elliot, the musical that surprised everyone by the level of the ten children who performed every night, with exceptional artistic perfection. Billy Elliot the musical ran for more than 25 weeks in a row as number one in theatrical critics. When he said goodbye to the stage in March 2020, he had been seen by more than 900,000 spectators.

Its young protagonists, the “billys” came from what was then the Billy Elliot School, where all the child performers of the musical, recruited all over Spain, learned and perfected their singing skills, classical ballet, modern dance, tap dancing, interpretation …

A group of children in a class at the SOM Academy.Cesar Cámara

“When we launched the Billy Elliot School in May 2015, we could not imagine that the results would exceed our highest expectations,” they say from what is now the School of Musicals and Performing Arts, created a few months ago by SOM Produce with that Billy Elliot school as its germ.

This school, which has three locations in the Calderón, Alcalá and Rialto theaters in Madrid, and its jewel is the so-called SOM Junior Academy, the area dedicated to young people from 6 to 17 years old for their training in singing, interpretation and dance, and in the integration of these subjects, through programs of two to four disciplines and 2 to 5 hours per week, with a program designed by those responsible for professional training for musicals such as Billy Elliot, Grease or Matilda.

“Currently in Spain we have very good training in interpretation, dance or singing, but they are not integrating with each other in the way that we propose“, explains Marcos Cámara, executive director of SOM Academy and CEO of SOM Produce, a company that produces musicals such as Billy Elliot, West Side Story, Priscilla or Cabaret.

“Our training will will allow you to enhance all your talent in areas where it has more capacity, but without neglecting the rest of the disciplines ”, explains the manager.

The school grew out of necessity. “In the montages of our latest productions, we detect a strong need for training to be able to play certain roles with artistic profiles that were not easy to find, “explains Cámara.

“If we want to have the best and most innovative productions, we need a level of training that previously could only be found in cities like London, Los Angeles or New York. Our professionals needed to make large investments to be able to train in these schools or with luck, access some of the few places that were offered in workshops that are held very from time to time in our country. Now we offer that same level of training in a much more accessible way and in a continuous way over time “, he reveals.

And it is that being a performing artist is not only a profession, but also these studies are regulated as higher education whereby you can earn an undergraduate or college degree.

Children and young people have great courage when it comes to learning these disciplines, which require a lot of dedication, often compatible with compulsory Primary or ESO studies, or those of Baccalaureate or later.

Som Academy, for example, offers an undergraduate and a four-year degree in musical theater. In the latter, the first two cycles are made up of common subjects and the last two allow specialization towards one of the disciplines, but always having core subjects in dance, interpretation and singing until the end of the degree.

“Usually whoever chooses an artistic career has a great vocation, you are not usually in this to prove. That makes discipline and effort part of the nature of most of them,” explains Marcos Cámara about the students of his school. “Many have great talent, but without the training, sacrifice and proper direction, it can come to nothing. Talent is important, but day-to-day work is even more so. “

In that, motivation is fundamental: “They have to be able to see themselves reflected in a few years on a stage. It is part of the food they need to be able to continue working so hard every day. “.

Training in these schools has a cost, of course, but also you can apply for a scholarship. 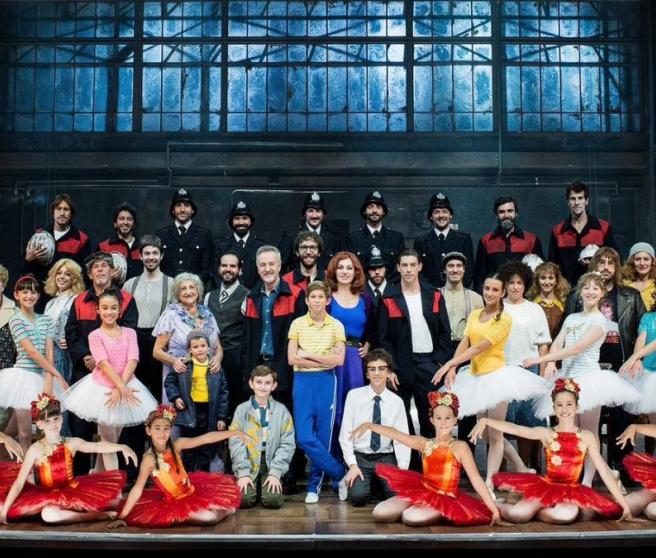 Part of the cast of the musical ‘Billy Elliot’ SOM PRODUCE

“All Billy Elliot participants received scholarships for the entire cycle of their training, in many cases for 3 years. We are very proud of having given scholarships in 5 years to more than 200 boys and girls “, Chamber says, since the SOM Junior Academy now has 80 scholarship students who are being trained for specific projects.

The pandemic, which has reduced the capacity in theaters, has not affected, however, the desire for training of young students, although it does require strict security measures. “It is being a breath of fresh air to see the illusion with which hundreds of students are already training at SOM Academy “.

And is that “gather in the same space, young artists full of talent, With outstanding professionals such as those who attend the workshops we carry out with Claudio Tolcachir or Roberto Álamo for example, it creates a very special atmosphere, difficult to find anywhere else, “says Cámara.

Jana is another of the large multidisciplinary schools in Spain. The School started in Madrid in 2000 and currently has four offices in the Community of Madrid and ten in different Spanish cities, five of which will soon open in September 2021. In 2017 Jana México was inaugurated and in 2020 Jana Ecuador joined and openings are already planned in Miami and Boston. 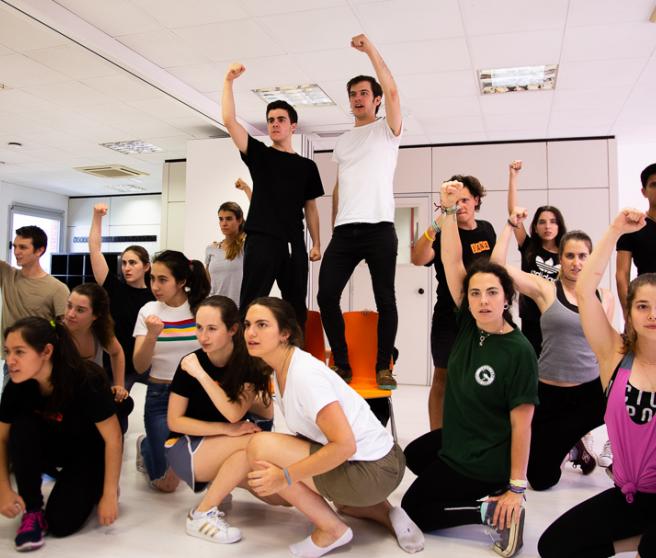 A group of students from an intensive summer course at the Jana school.JANA

One of the things that most exemplifies the high level of musical teaching in Spain is that there is no longer only transfer of students from here to other markets, it is that foreign students come to study at our schools. This is the case of Jana, who has agreements with Emerson College (Boston) and AMDA (New York).

Jana is also preparing a big move, as she will soon open her facilities in the vicinity of the Bankia Príncipe Pío Grand Theater, with whom it will partner in conjunction with the Professional Performing Arts School of New York to be its first headquarters in Europe. The idea is to organize exchanges with young talents so that they can go to study in NY and vice versa.

Andrés De Santiago, CEO of JANA makes it clear that the growth in demand for this type of training “It has been exponential and I think it has a lot to do with the rise of musicals and maybe also because of the television series. “Only in Jana there are currently about 1,000 students.

Jana Junior teaches to children between 6 and 16 years old and not only to those who want to dedicate themselves professionally to musicals. “Many parents seek to complete the training of their children through the performing arts, because these make it easier for you to better manage your communication skills, teamwork, improvisation … many tools that are put into operation in these disciplines”, he explains and add that “The training given in schools is complemented”.

Many girls and some adults

For those who do want to dedicate themselves to musicals, there is a three-year diploma in Dramatic Art in this school, whose students usually end up working on the musicals of the production company Jana. “We make a selection to enter the diploma and we only admit 20 students each year”, explains Andrés De Santiago.

But living a musical, learning to dance, sing and interpret is not just for children. “There is an increasing demand for adults and we have groups of people who instead of going to play paddle tennis or do sports, they do musical classes, “reveals the CEO. Those classes arose exclusively from demand and now there are 5 groups already in operation.

And it is that Castilian is an important element, more and more, in the performing arts. “Castilian is an increasingly important asset, especially in the United States and that is the cradle of musicals. Very interesting synergies are taking place “, explains the Jana manager.

The reverse also happens: English is very important in this industry. “The the vast majority of our students at Jana practice in English and once a month they have an exam which is a concert and it is compulsory to sing in English “.