The production version of the Tesla Cybertruck will see the light before the end of 2020, if Elon Musk meets the planned deadlines. The futuristic electric truck is expected to maintain a continuity aesthetic with respect to the prototype we met in November 2019, as Musk has already said on numerous occasions that he hates concept cars that do not reflect the final product. Its manufacture will begin at the end of 2021.

One of the unknowns that remains to be solved is whether the production Cybertruck will respect the dimensions of the prototype. In early 2020, Musk said they would make it smaller to fit in home garages. However, in May the visionary backtracked and announced that it would be « basically the same. » It also opened the door to creating a smaller version later.

The Cybertruck will have three different mechanical configurations, with one, two or three electric motors. It will have 400, 480 and 800 kilometers of autonomy respectively in the EPA cycle. In the United States it is available from 39,900, 49,900 and 69,900 dollars respectively, although the prices for Spain have not yet transpired – it can be booked with a refundable deposit of 100 euros.

The twin-engine and triple-engine configurations will begin production in late 2021, while the single-engine access option will have to wait until the end of 2022. It will be manufactured at a new gigafactory in Texas, United States. How long it will take Tesla to process the entire waiting list is still a mystery, as some 700,000 units have already been reserved.

Originally the first Cybertruck was planned to be the single-engine one and the trimotor would arrive in 2022, but the popularity of the latter has caused the Californian firm to reverse the order. In the first months after its launch, it was said that 42% of the reserves were for the twin-engine option, 41% for the three-engine option and 17% for the simple one.

The 2021 Tesla Cybertruck boasts of being bulletproof. Literally. During his presentation, Elon Musk confirmed that he could withstand the impact of a nine-millimeter bullet. He also ventured to hit the body with a mallet, which did not scratch him. The crystals are Tesla Armor Glass, stronger than the industry standard, although in the presentation they were broken the first time.

But the Cybertruck is less conspicuous for its ruggedness than for its futuristic silhouette, which results in an exterior look like no other. It’s the straightest and most angular vehicle Elon Musk has ever designed, giving it a portentous look. The visionary explains that he has been inspired by the Lotus S1 Esprit from the 1977 film ‘The Spy Who Loved Me’, from the James Bond saga. He assures that it is not his superior in dimensions to the Ford F150, although he has not yet confirmed all his specifications.

The car is equipped as standard with adaptive air suspension, which allows it to enjoy a ground clearance of up to 16 inches – more than any other pick-up, according to Musk – in off-road driving or significantly reduce it on the highway. to reduce aerodynamic resistance and thus promote greater autonomy.

The cargo box is 1.98 meters long and has a capacity of 1,500 kilos. It has several opening mechanisms, so that the owner can adapt his daily use of the pick-up to the type of activity he is developing. It is also suitable for transporting and charging the Tesla Cyberquad. 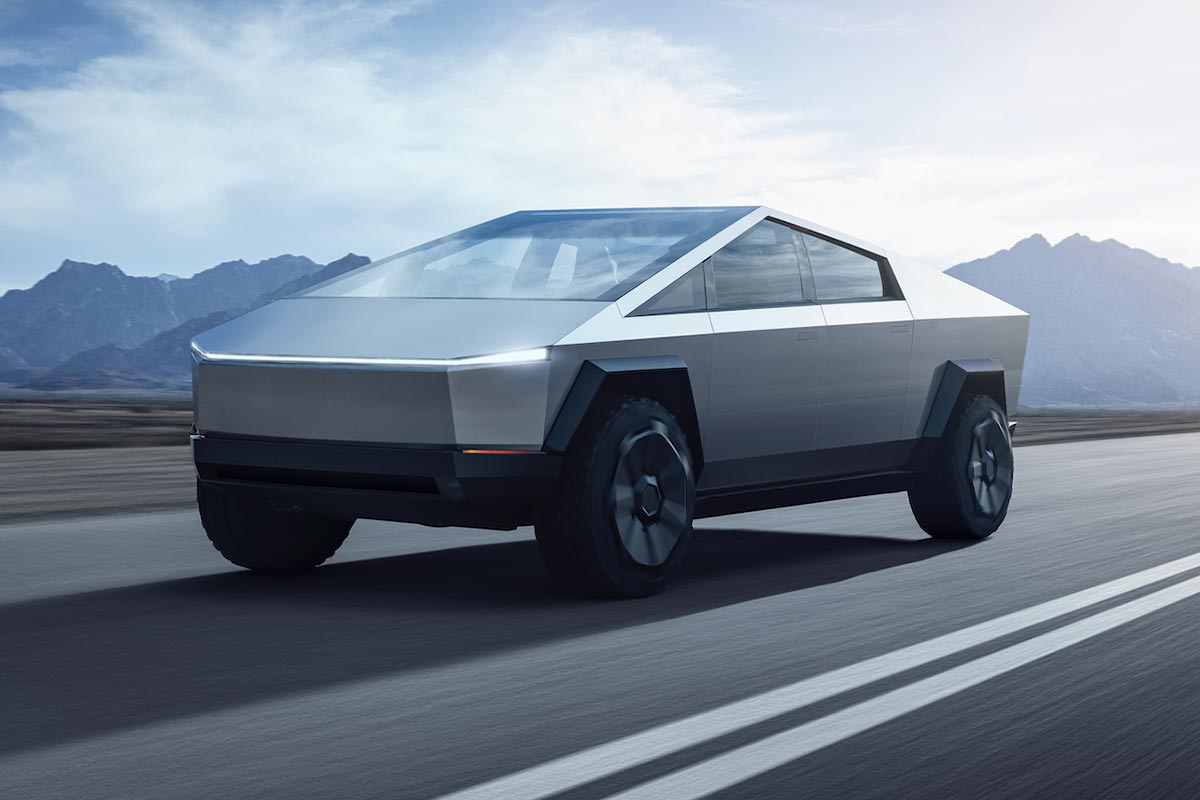 The 2021 Tesla Cybertruck sports a three-front and three-rear-seat configuration in its presentation version, although predictably later the customizer will allow customers to adopt another arrangement according to their particular interests.

The cabin is bright thanks to a transparent roof that extends across the entire vertical of the vehicle. The interior is minimalist. The main novelty is the shape of the steering wheel, which abandons the traditional circular ring to adopt a more typical competition scheme. The touch screen is 17 inches. 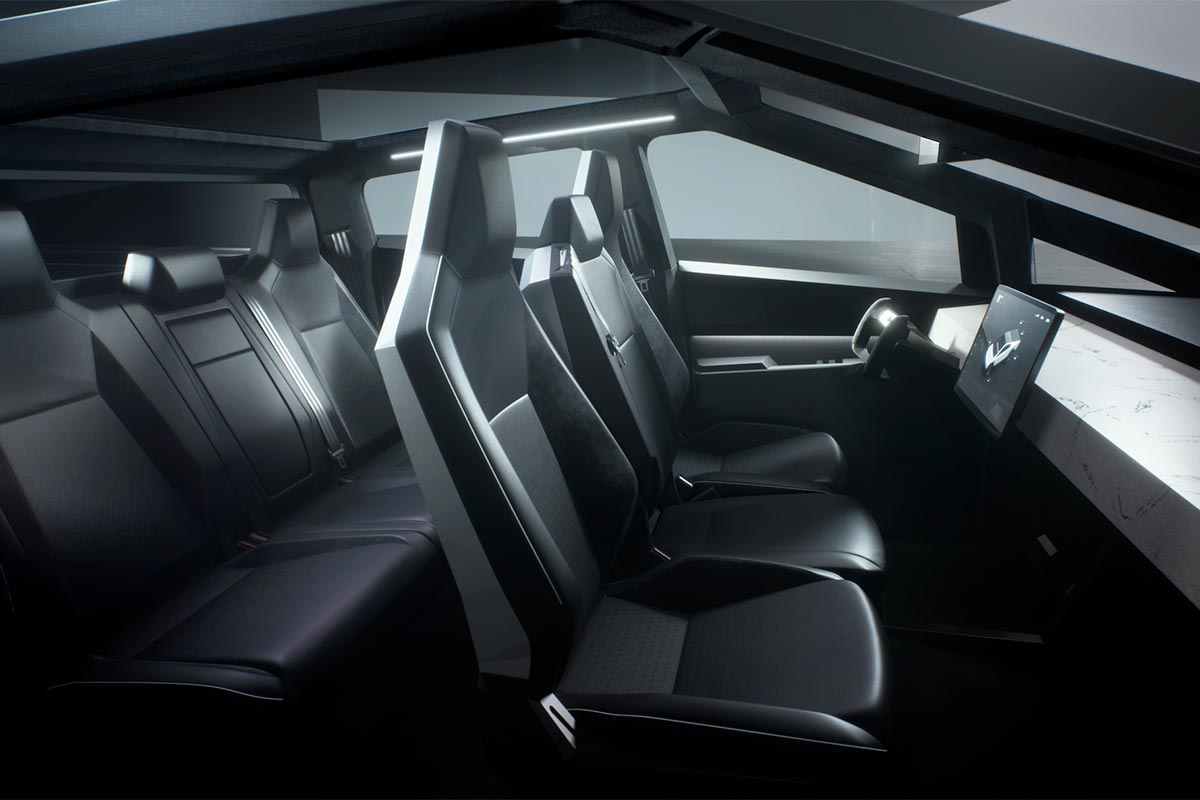 The Tesla Cybertruck 2021 includes Autopilot technology – automatic pilot – as standard, with the ability to automatically turn, accelerate and brake when it detects other vehicles and p eatons in its lane.

It offers an option – for $ 7,000 – Full Self-Driving technology, which by the time the Cybertruck becomes a reality could provide full autonomous driving capability. Today, it does allow automation in motorways and parking processes, also with the Smart Summon mode.

The 2021 Tesla Cybertruck is available in three different mechanics.

The version of an electric motor is rear wheel drive. It offers a range of 400 kilometers in EPA cycle, with a towing capacity of 3,400 kilos and an acceleration from 0 to 96 kilometers / hour in less than 6.5 seconds.

The two electric motor variant is four wheel drive. The autonomy scales up to 480 kilometers and tows up to 4,500 kilos. Accelerates from 0 to 96 kilometers / hour in less than 4.5 seconds.

The trimotor mechanics is the one that attracts the most attention. It offers 800 kilometers of autonomy and allows to tow 6,300 kilos. Acceleration from 0 to 96 kilometers / hour is typical of a sports car: less than 2.9 seconds. It is also four wheel drive. 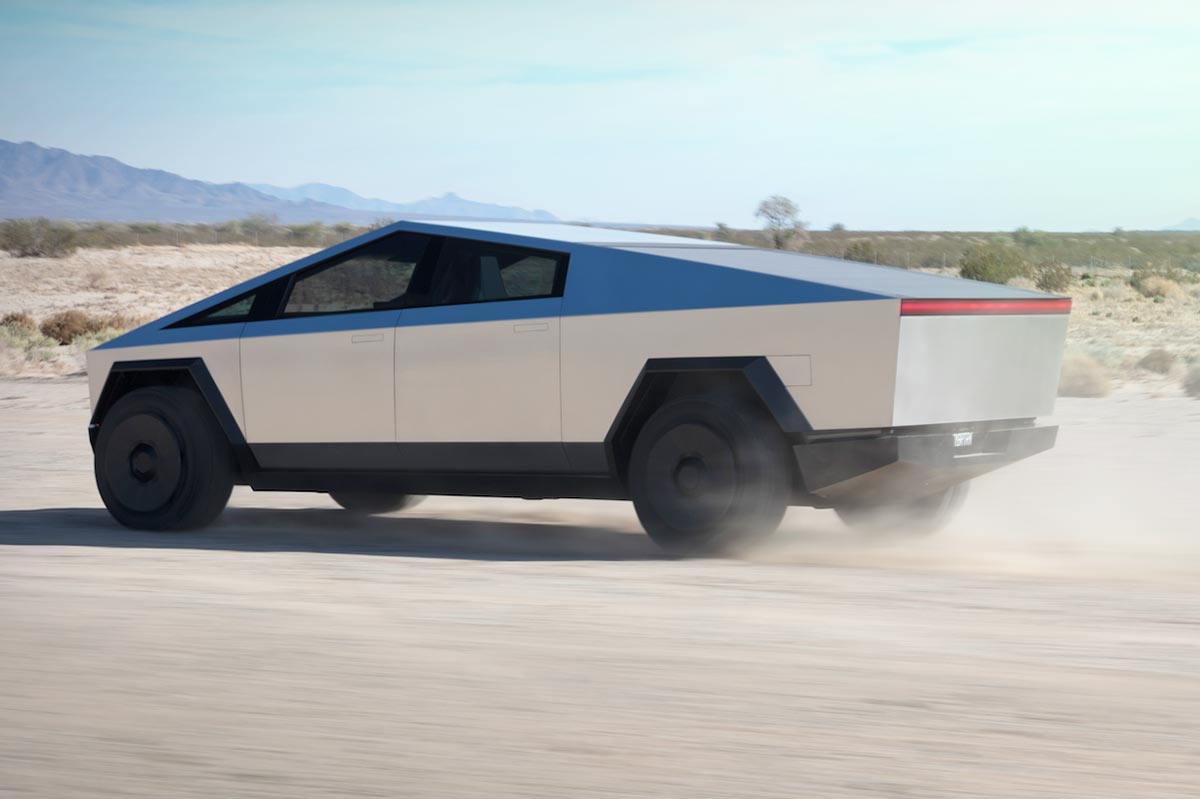