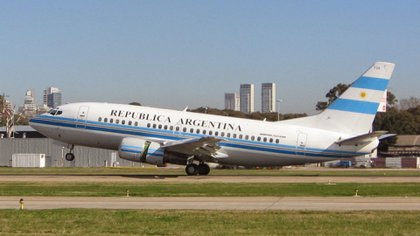 Tango 04 was bought during the presidency of Cristina Kirchner.

The presidential fleet will recover one of its oldest pieces: the Tango 04, an aircraft acquired during the presidency of Cristina Kirchner. It is finishing a routine inspection in the Aerolineas Argentinas workshops. Before the end of the year, it will again be available to transfer large groups. However, as he learned . From official sources, the experts who lead the official fleet have a plan to sell it. Although it can carry almost 70 passengers, it is an old plane, with a high operating cost and out of date from a technological point of view.

The Tango 04 is a Boeing 737/500 manufactured in 1992. During the first years of Mauricio Macri’s presidency, it was kept at the El Palomar air base and there was even speculation about selling it. Only in 2017 was it operational again.

Since Alberto Fernández took office it was never used because had a routine inspection pending. In the middle of the pandemic, the T-04 entered the Aerolineas Argentinas workshops in Ezeiza. “By contract it should be available by mid-December,” they confirmed in the Presidency’s Logistics area. Although there are no official figures, the inspection will cost around USD 500 thousand.

Currently, the presidential fleet only has the Tango 11, a Lear Jet acquired by the Air Force that has capacity for eight passengers. The Government has already made the decision to fix Tango 01, but that plan, as revealed by this media, would take at least six months. For that it is necessary to disburse between 12 and 15 million dollars, a figure that arouses many controversies in the middle of the economic crisis.

In a month, Tango 04 could be added. Experts consulted by .Inside and outside the Government, they agree that this aircraft should be sold as soon as possible. “It is an old model and it does not have its own staircase, that prevents it from landing at any airport. It also has an operating cost of $ 6,000 an hour, a very high value for the current market, “summarized one expert. 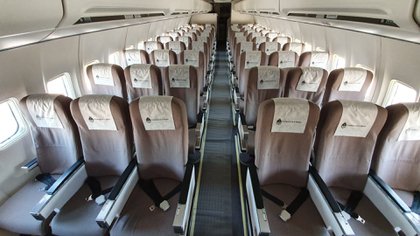 The only data in favor is its capacity. With 67 seats, it almost doubles the Tango 01, which can carry up to 37 passengers. The internal structure of the plane was slightly modified in 2014, when the State bought it from Aerolineas Argentinas: it has about 50 seats in the economy class and only eight in the “presidential area”, a kind of business with other benefits. There is also a sector with armchairs for more private meetings.

If Alberto Fernández’s idea of ​​taking the “federal” cabinet to the interior of the country prospers, Tango 04 would allow the entire cabinet and several advisers to be transferred. The initiative was voted on this week in the Chamber of Deputies and proposes moving the cabinet meetings to 24 cities in the interior. “Argentina must begin to function as a federal country and be decentralized so that power is also in the interior,” said the President after approval. Currently, a simulated trip would require renting private planes to complete the eight seats of the Tango 11.

Despite its ability to move, experts propose to sell the Tango 04 and raise between 3 and 4 million dollars. That money would be used to acquire an executive plane with up to 15 seats, with flight autonomy and lower operating cost. The variants that are evaluated start at 7 million and can reach up to 20 million dollars.

“If we need to move large groups within the country we will have the Tango 01. The T-04 is still an old passenger plane. If we want to be the best airline company in the country with benefits for the State, we would have to sell it ”, warned an expert. 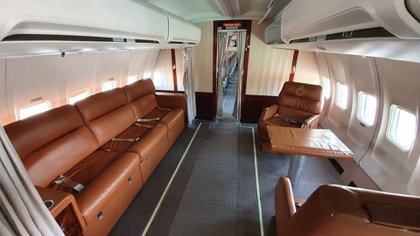 The T-04 has a sector for meetings.

The plan, still in full internal debate, has another drawback: relations with the International Civil Aviation Organization (ICAO) must be unlocked, a body that depends on the United Nations and is often used for international tenders. That link was damaged by a lawsuit by the firm “Kestrel Aviation Management” against the Argentine Air Navigation Company (EANA) for an alleged breach of a contract.

Without the participation of ICAO, the plan to fix Tango 01 cannot be activated either. Those repairs include “reworking” the engines, painting the exterior, repairing the landing gear, upgrading the flight data acquisition unit (DFDAU) and even adding supplemental fuel tanks to fly to southern Europe. or the United States without stopping, one of the great criticisms of the presidential plane.

Minor changes are also projected within T-01. “We have to remove some old screens, reupholster the seats, and we are going to eliminate a door that connects the office with the presidential room,” explained a source from the General Directorate of Logistics, led by Leonardo Barone.

The Government decided to fix Tango 01: it will invest more than USD 12 million but it would only be in mid-2021