One of the last secret prototypes unveiled by the #PorscheUnseen initiative has been the spectacular and unexpected Porsche Le Mans Living Legend concept. A modern take on the rare Porsche 550 coupe prototypes that raced at Le Mans in 1953 and served as the inspiration for the current Porsche Cayman GT4.

The German brand’s #PorscheUnseen initiative has uncovered not only numerous prototypes and projects that were previously unknown, but also has revealed some anecdotes and quite curious background of the models that we can find in the current catalog of the Stuttgart firm.

The model featured in this gallery of images is precisely one of the prototypes that have a strange indirect relationship with one of Porsche’s product lines. This receives the denomination Porsche Le Mans Living Legend concept and despite its nature, it is a kind of predecessor of the current Porsche 718 Cayman GT4. 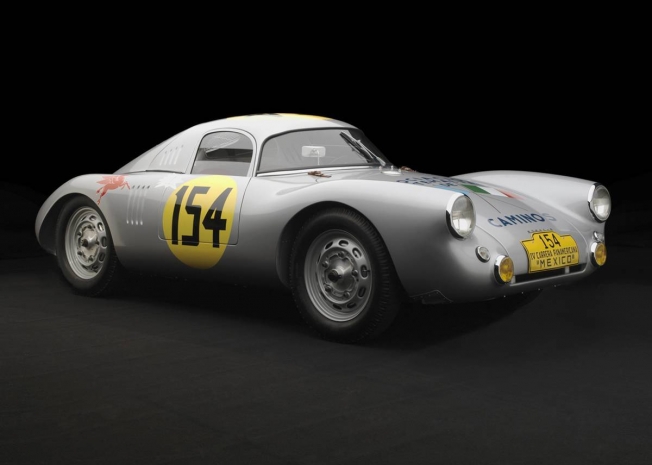 This design study is really inspired by the first prototypes made of the Porsche 550 Spyder, examples that initially had coupe bodywork and of which two were used to compete in the 24 hours of Le Mans in 1953. After the publication of these prototypes, the signature decided that the production version would be more salable if it had an open bodyTherefore, the 90 copies that made up this limited edition did not have a ceiling.

We can say that this concept is a modern version of those early prototypes and if we look at the image of the classic model, it is that seer who also wanted to copy the aesthetic configuration of this closed copy.

Although the base model was none other than the Porsche Boxster, the concept has an attractive configuration of butterfly-opening doors and two huge wrap-around bonnets that make up much of the bodywork, just like racing models. In addition, instead of the 6-cylinder engine that we can find in the German roadster this prototype It has an 8-cylinder engine whose specifications have not been detailed but what we understand must be the same block that is present in the Panamera and Cayenne ranges. 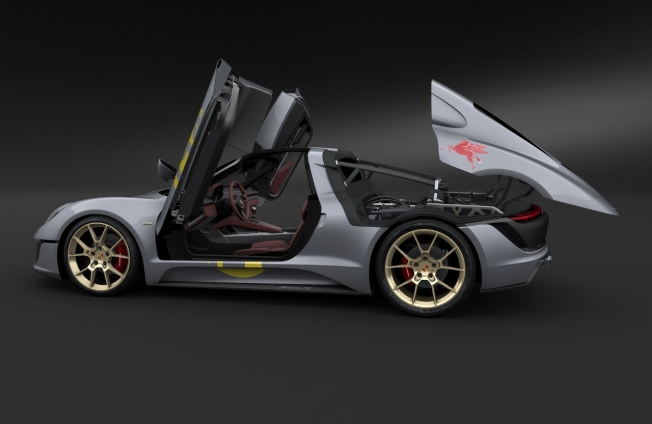 Under the rear hood hides a V8.

This prototype was created in 2016 and according to the brand’s statements somehow inspired the development of the current Porsche 718 Cayman GT4, a model that today has several variants available, such as the 718 Cayman GT4 Clubsport track-only or the future 718 Cayman GT4 RS. Although this new prototype has similar shapes and proportions to the current Cayman, the use of the optics of the Porsche 911 makes it look like a very different model.