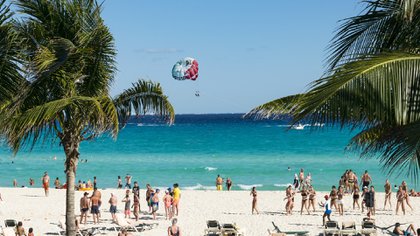 Until last September, the sector had lost 10,668 million dollars, representing a collapse of 57.3%, compared to the first nine months of 2019, and a negative variation never before registered in the history of that industry, as reported by the newspaper El Financiero.

The media highlights that the loss in income is equivalent to the cost of 2.3 Interurban Trains Mexico-Toluca; o 2.7 times what is planned to be invested in the Santa Lucía International Airport o 1.4 Maya Trains in the southeast of the country.

According to data from the National Institute of Statistics and Geography (INEGI), the spill of foreign visitors amounted to 7,951 million dollars (until September 2020), a figure very far from the 18,620 million who entered the country between January and September 2019. 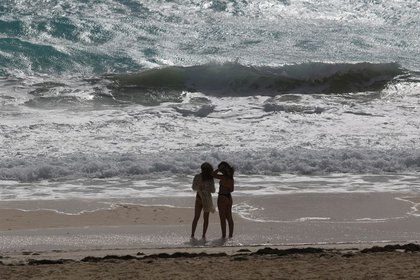 Meanwhile, updated data from World Travel and Tourism Council (WTTC) estimate that recovering levels from before the pandemic could take up to 36 months or three years, a forecast that depends on a potential second “wave” of infections.

The impact of tourism in Mexico is mainly due to a lower flow of foreign visitors, particularly from the United States, Canada, Europe and South America.

Despite this, in the January-September period, they arrived in the country, by air, 5.7 million tourists, of which six out of 10 came from some American city.

“It is crucial that we reactivate international travel, international connectivity to bring it to how it was before COVID or similar. In some destinations we have seen an impressive recovery such as China (…). international coordination is needed ”, said Gloria Guevara, president of the WTTC.

Despite the fact that Mexico was one of the few countries that did not close its air borders in Latin America, international operations had drops of more than 95%. In the first nine months of the year, our country lost 8.4 million international travelers, which means a drop of 59.7% compared to the previous year, according to data from the Migration Policy Unit of the Ministry of the Interior.

Faced with this decrease in travelers, hotel occupancy also suffered a strong setback of 35.3% at the end of September, that is, the average occupancy nationwide did not exceed 25%, the newspaper highlighted.

Bernardo Santillana, commercial director of RCD Hotels, considers that the recovery is estimated for 2022, since 2021 will be to fulfill the reservations that were postponed in 2020 due to COVID-19.

Every morning in your email: subscribe to the . Mexico newsletter 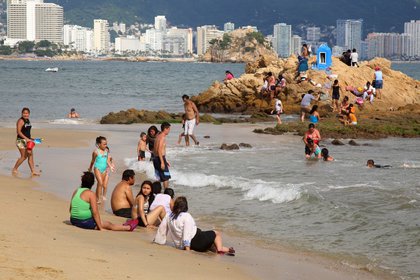 The drop in international travelers represented a loss of nearly 4 million direct jobs generated by tourism and the figure is far from recovering.

According to an analysis by Cicotur Anáhuac, about 114 thousand jobs related to accommodation services were lost.

“The magnitude of the loss of formal workers in accommodation services far exceeds the modest recovery. After having bottomed out in July, only 988 new insured have been registered with the IMSS (as of September) “, specified the agency.

Despite the impact on the tourism industry, Mexico is one of the countries that begins to rebound in the number of visitors.

Last weekend, many vacationers took advantage of the long weekend (on the occasion of the anniversary of the Mexican Revolution) to visit some national beaches such as Acapulco and Sinaloa.

In the case of Acapulco, the municipality with the highest number of Covid-19 cases in Guerrero, the influx of tourists – mainly from Mexico City and the center of the country – was high, so the authorities are already analyzing a new beach closure.

Caleta and Caletilla, some of the main beaches in the region, were crowded. Likewise, in the Punta Diamante area the presence of tourists was visibly greater than in recent days.

Still with a COVID-19 pandemic, Mexican beaches are crowded on the last holiday weekend of the year

CDMX cancels operation of bars, clubs and canteens due to COVID-19 outbreak