The arrival of electric vehicles to competition It promises to bring us a new reality, especially when it comes to rallying. In recent years we have seen different solutions to alert fans and stewards that a competition vehicle is approaching, such as the use of a siren on the International Ascent to Pikes Peak or the recent nod that the Lotus Evija will use the bellow of the V8 Cosworth DFV engine from the Lotus 49. Now Opel will also have its own system for the Corsa-e Rally.

We must remember that in a month the ADAC Opel e-Rally Cup will debut, which replaces the one-brand cup that was made with the Opel Adam, in this case introducing 100% battery-powered vehicles into virtually unexplored terrain so far. Precisely this little presence of electric cars in rallies has led the Rüsselsheim brand engineers to have to design a new sound system that allows the car to be heard in competition and thus does not surprise any spectator in a dangerous situation.

The German Automobile Federation demands a device that helps to avoid these gaps in the safety of its competitions, so Opel worked on a speaker system that could be installed outside, something that also required these elements to be waterproof. As confirmed by the brand, it was decided to use hardware from marine equipment, placing them both at the front and at the rear and with powers of up to 400 W and powered by an amplifier that receives the signals from the competition’s own control unit. Opel Corsa-e Rally. 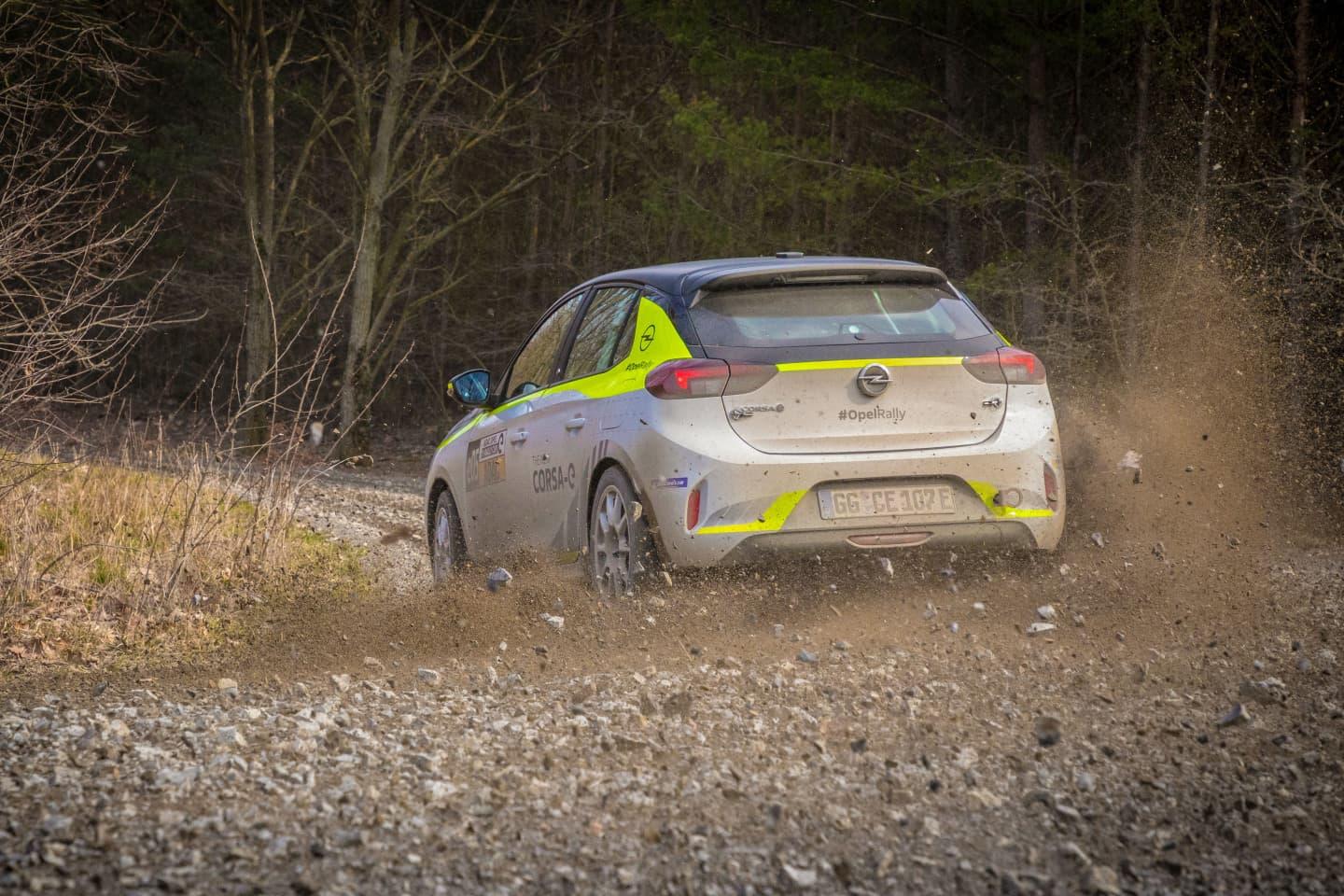 Depending on the range of revolutions in which you are in those moments, the software is programmed to emit in a sound at stationary idle that adapts to the different regimes, while it includes two types of audio volume, with a lower one to circulate in the links and others to the maximum for the competitive sections.

We did not want to simply simulate the sound of a combustion engine, but to create a unique electrical sound that would suit this project. We are satisfied with the result and convinced that the sound will also excite the fans gathered throughout the stages, even if it is deliberately very different from that of a combustion engine rally car – Jörg Schrott