A local Iranian manufacturer has confirmed that it will resume production of the old Dacia Logan sedan in that market, but in a way that is totally unrelated to Renault, which will not participate in the project since it had to leave Iran due to the blockade imposed by the United States .

The Iranian company SAIPA has confirmed that it will to resume production of the Dacia Logan variant on its own and without the collaboration of Renault which was manufactured in that market until last year 2018, at which time the French manufacturer was forced to leave the country by the sanctions imposed by the United States. Which inevitably meant the total stoppage of the model’s production at the Tehran plant.

Until then, Renault produced in Iran a variant of the first generation of the Dacia Logan sedan, but without using the emblems of the Romanian company. So that the model wore the traditional rhombus of the French company and it was marketed using the names Renault L90, Renault Tondar 90 and Renault Pars Tondar. As we can see in the different images that illustrate this article and that correspond to the Iranian variant of the model. 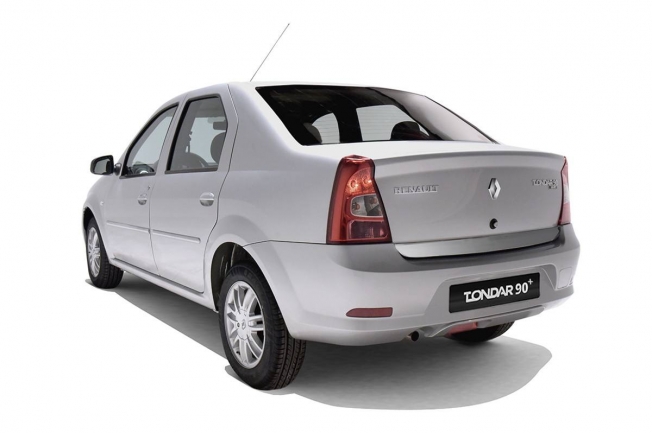 According to SAIPA, a Tehran-based company that has manufactured dozens of notable models in the past from a wide variety of brands, production of this variant of the Logan will be able to resume thanks to the company’s successful locate 85% of the elements necessary for the production of the model, although they have not detailed the origin of these. So at the moment we do not know where such important elements and devices as the mechanics or the different electronic components of the vehicle will come from. According to the information stated by the Iranian manufacturer, This initiative has not had the help, intervention or collaboration at any level of Renault. What arouses our curiosity even more.

Although it was possible to locate and gather all the suppliers necessary to manufacture a specific model such as this variant of the Dacia Logan without the collaboration of its original manufacturer, it is much more complex than it seems at first glance if we take into account that the lock to Iran affects companies in practically the whole world, there is always the problem of rights, because the rightful owner of the Logan’s technology and design remains Groupe Renault. We assume you should not be overjoyed to see how others do business with your product.

A few months ago another very similar case also happened in Iran, when IKCO (Iran Khodro Company) restored the production of the Peugeot 301, a variant of the Citroën C-Elysée that was also manufactured in that market and is available again, but without any intervention or collaboration from the PSA Group.