New spy photos of the Mercedes-AMG G 63 4MATIC 4×4² arrive. The most radical off-roader of the star brand, and the sports car, is still in tests in northern Sweden, although these new snapshots are much more special. And this is about the model destined for the United States, which confirms that its presentation is getting closer and closer.

After several months in testing, Mercedes-AMG has surprised us in the winter tests with a prototype of the new G 63 4MATIC 4×4². It is apparently the same as other units sighted, but this one is especially particular. And it is that it is a unit destined for the United States.

And it hadn’t been seen before, and neither had the color, an attractive orange that for now presents a matte style, but that in the production model will be much brighter. The spy photos show a very advanced state of development of this G-Class, more typical of pre-production units, preserving camouflage in key sections: the strip of extra LED lights on the windshield, the wheel arch flaps and the Mercedes emblem on the front. The rest is completely standard. 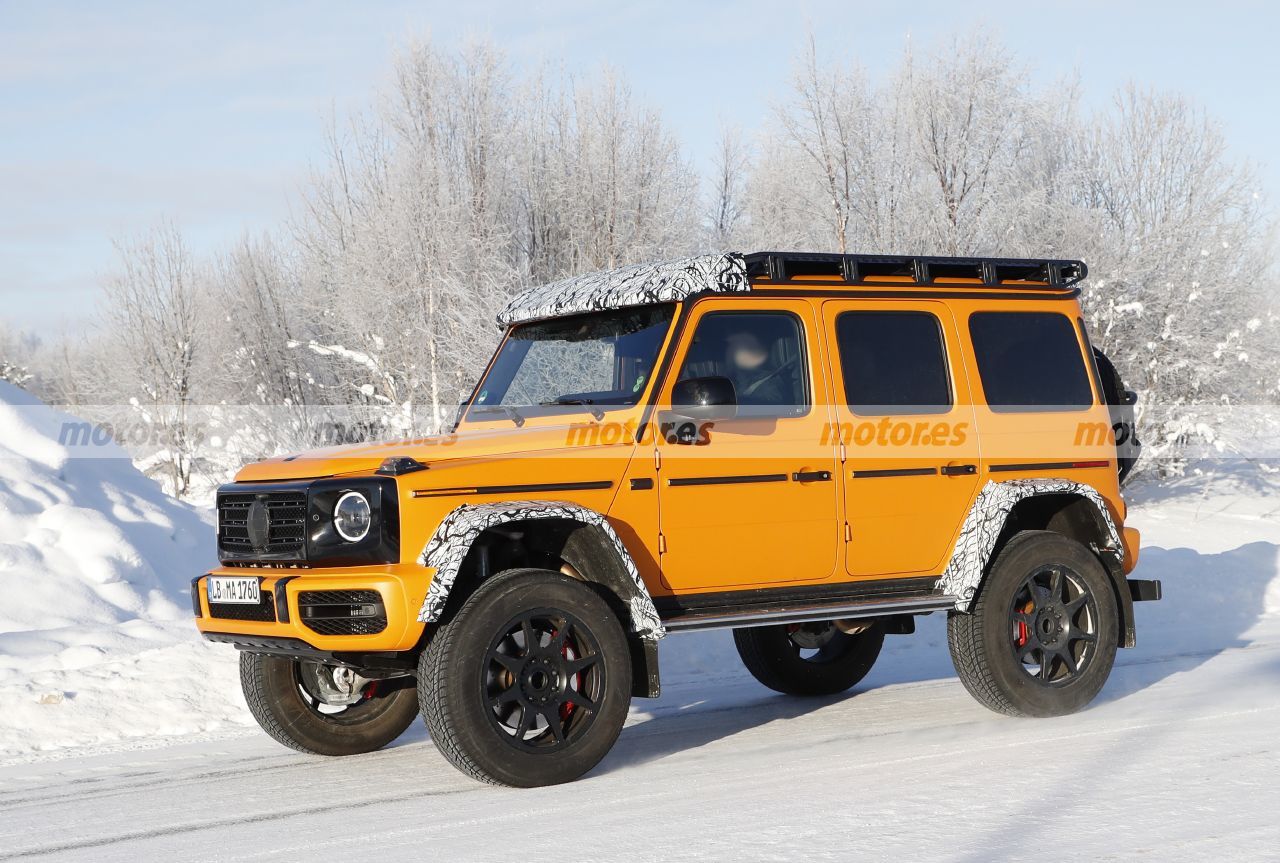 The presentation of the new Mercedes-AMG G 63 4MATIC 4×4² approaches, the most radical off-road

The color piece Glossy black covering the LED headlights and grille It is a production detail, as are the air intakes on the front bumper with the same finish, with an elegant contrast in the case of this unit. But it is also clearly seen the design of the crankcase protector and other mechanical organs. And we know that it is the American model by retro-reflectors installed in the thin black band on the sides of the bonnet the motor.

The imposing height offered by the most radical of the G-Class has also preserved the characteristic layout of the exhausts poking out from under the rear doors, though without the chrome tailpipes of the sports version. No notable changes, and that we do not expect to see uncovered in the coming weeks, but rather when the model is officially unveiled, something that will not take long to reach the view of this unit.

The new Mercedes-AMG G 63 4MATIC 4×4² will mark a significant distance, and difference in performance, compared to the old G 500 4MATIC 4×4². Both will share only the architecture of the V8 gasoline engine, because the heir will have the block of 4.0-liter biturbo and 585 hp maximum power, 4MATIC all-wheel drive, locking differentials and 9-speed automatic transmission. 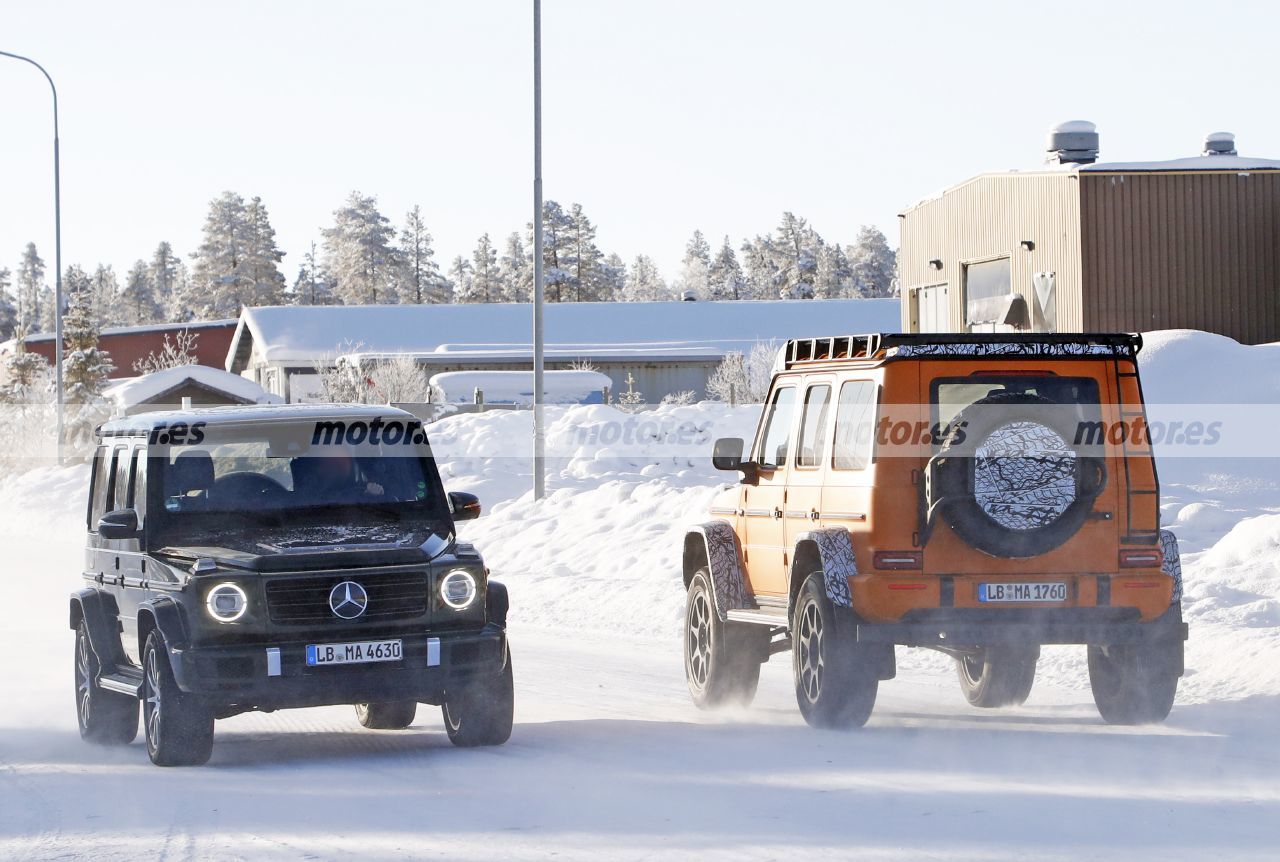 The new Mercedes-AMG G 63 4MATIC 4×4² versus the G-Class, a significant difference in height