The advanced technology available in the latest generation of models is, for many overwhelming, and for many others perfectly dispensable. A series of gadgets that brands also use to distinguish themselves from the competition, and what the new Genesis GV70 will offer its customers: a fingerprint reader for digital payments.

Despite the fact that sometimes the operation is not the best in the case of certain systems, safety has also led to the elimination of mechanical elements that are the ones that generate the least problems compared to advanced technology solutions. For example, traditional keys to open and start a vehicle are progressively disappearing from the scene.

The smartphone is becoming the digital key, it is enough to have it in your pocket to allow access to the interior. A system that is found in the Premiums but is already becoming very common, so the exclusivity has not lasted a long time. However, the South Koreans at Hyundai have gone further for a few years. The Santa Fe is the only model in its category equipped with a fingerprint reader, the same system that has been installed on the new Genesis GV70. 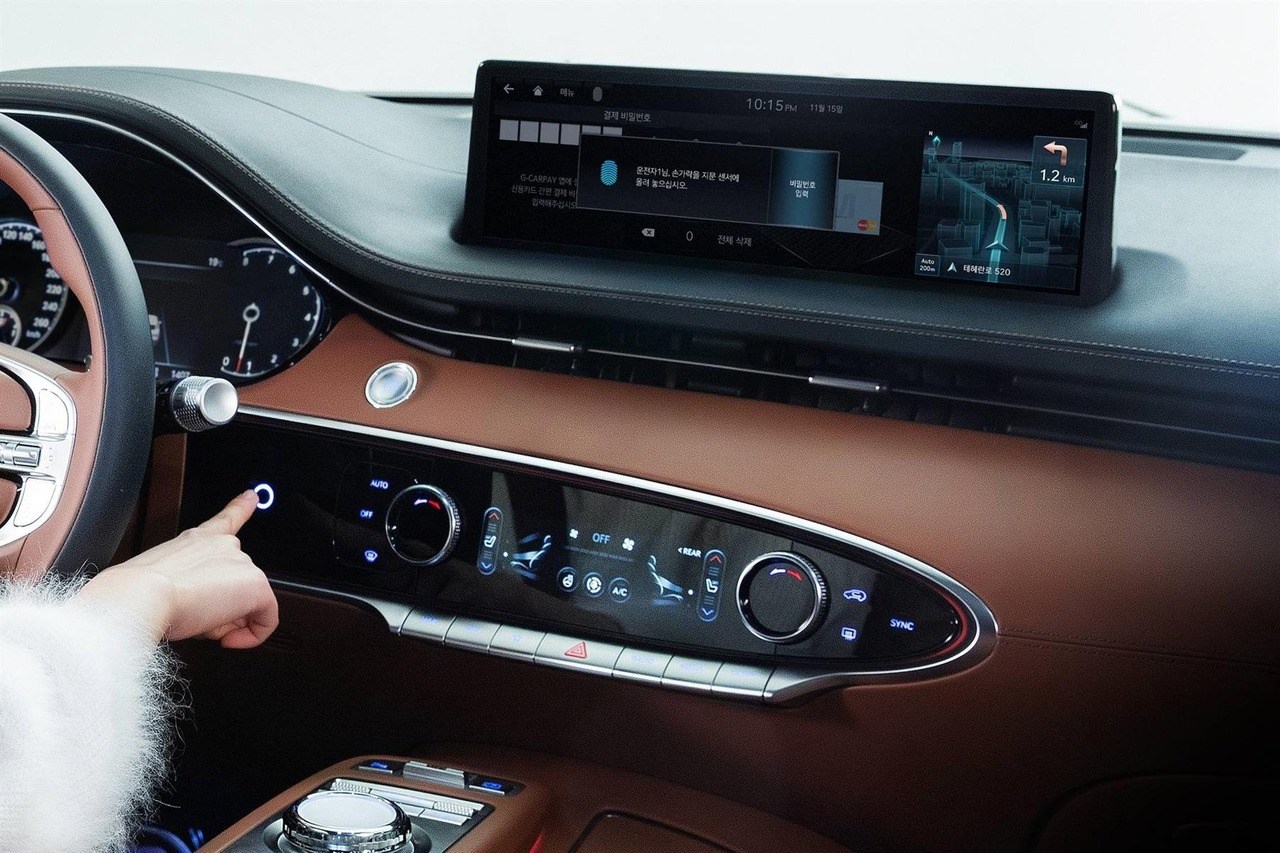 The new SUV of the luxury brand is the first model on the world market to equip a fingerprint reader to make online payments, without having to use a mobile phone when we have to make online payments through the specific application of «Genesis CarPay», a platform developed by Genesis that will speed up the process at service stations, parking, tolls or infotainment functions .

The Korean firm is also working on adding features for this new system, and the next level is the same as the one offered by the Hyundai Santa Fe in the United States, with this system: say goodbye to the traditional start button and start by fingerprint. A system that will allow you to store different fingerprints, and that will increase security.

The Genesis GV70 also features a presence sensor installed in the headliner, capable of detecting a person or animal inside the SUV, through movement and even breathing. A technology that will be included in future Hyundai and KIA models in the coming years.