Series production of the new Ford Kuga Hybrid, the self-charging hybrid variant, is already underway. Ford has kicked off the manufacturing of this new electrified variant at its facilities in Almussafes, Valencia (Spain). This model has the ECO environmental mark from the DGT.

The new Ford Kuga Hybrid, variant also called FHEV (Full Hybrid Electric Vehicle) by Ford, it is already being mass-produced. The manufacturing process for this new electrified variant of the new Kuga is underway. The production takes place in Spain. More specifically in the facilities that Ford has in Almussafes, Valencia. A production center for key vehicles for the interesting ones of the company in the Old Continent. 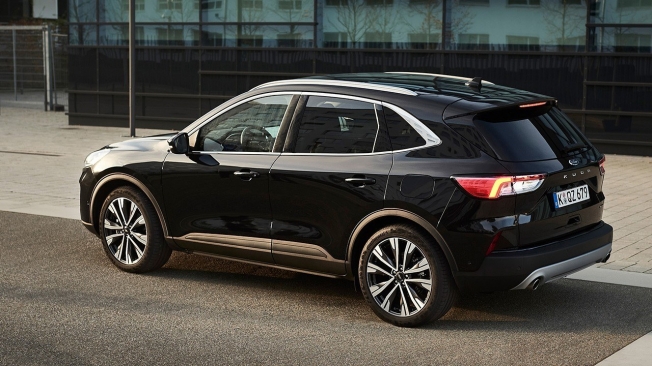 The new Ford Kuga Hybrid is already on sale in Spain

The new Kuga Hybrid offers, according to Ford, a autonomy of up to 1,000 kilometers
thanks to the combination of its hybrid system. It certifies an average fuel consumption of 5.4 liters per 100 kilometers and CO2 emissions are 125 g / km according to the WLTP cycle. These figures position it as an alternative series to models equipped with a diesel engine.

Under the hood of this new hybrid SUV is a 2.5-liter Atkinson cycle gasoline engine. This block is the main piece of the powertrain. Now we must not overlook the 1.1 kWh lithium-ion battery
which is also manufactured in Almussafes. It has 60 cells and a liquid cooling system.

Thanks to this battery the new Kuga Hybrid will be able to enjoy a small autonomy in 100% electric mode. It is in urban environments where we can get the most out of this technology. By the way, it is also important to underline the fact that it will bring the DGT ECO environmental badge (General Directorate of Traffic) with all the advantages that this implies. An incentive that will help boost your sales.

The new Kuga Hybrid is, in turn, the first Kuga to combine an electrified powertrain with Ford’s (optional) intelligent all-wheel drive technology. To this must be added the gear shift simulation function of the Power-Split automatic transmission. The brand assures that it allows to significantly increase the fun behind the wheel.

The range of the new Ford Kuga Hybrid

The prices of new Kuga Hybrid They have been known for about a month and a half. The order book is now open. The range consists of the following trim levels: Titanium, ST Line, ST Line X and Vignale.

The standard equipment it is very solvent even from the most basic version. It has, for example, the FordPass Connect 6 modem and the wireless charger for compatible mobile phones. It also has various driving assistance technologies such as front and rear parking sensors, lane keeping assist and cruise control with speed limiter.