Mysterious spy photos have appeared online that seem to correspond to a new generation of Honda or Acura Integra, but the characteristics of these images and how they have reached the network have made us suspect of their validity and origin. Are we really looking at the rumored new Integra or is it a simple assembly?

This series of spy photos recently appeared on the net have greatly surprised us, as they show a fairly advanced development prototype of a 2-door coupe It seems to be related to Honda and very reminiscent of the old and mythical Honda / Acura Integra coupe. A sports car that not even the most staunch fans of the brand expected to see on the market again.

It was in the middle of last year when we stumbled upon a strange report, as it announced the possible return to the market of a mythical model of the Japanese brand, the Honda / Acura Integra. A compact size model that was available in both a 4-door sedan and a coupe version, precisely the variant most longed for by fans of the brand, especially in its Type-R version.

The origin of these speculations was not a simple rumor or the usual statements of an obscure anonymous source, as is usually the case in these cases, but a diagram of the company itself that showed future Acura launches in the North American market and where it could be clearly see the appearance of an unnamed model identified simply as New Compact Sedan (New Compact Sedan) and that also only appeared as a Type S sports version. In theory, the position of compact sedan is currently occupied by the Honda Civic Sedan, a model that continues to maintain the type on that side of the Atlantic despite the strong SUV trend in the market, although at the moment it does not have a Type-S version in the range. In any case, the existence of a mysterious sedan in the Japanese brand’s plans precisely facilitates the development of a two-door coupe version, like the one that appears in these images.

The images are quite clear and speak for themselves. We are before a coupe with only 2 doors endowed with a very sharp silhouette and very clean lines, features that perfectly match the latest generation of the Integra coupé. Although the characteristics of the model and the very nature of the images make us suspect that there may be a cat locked up.

We only have two photographs that have appeared in an Instagram account and this seems to have been opened precisely to publish these images exclusively and also under the name DC7_Integra, acronyms similar to the codes used in previous generations of Japanese models. There is no more information about the sightings or the author of the spy photos, which seems to take for granted that it is a Honda or Acura Integra, without any other option or doubt. Do you know something that you haven’t revealed yet? Although no less suspicious is the design of the model, suspiciously similar to a series of renderings that appeared on the net a few months later to see the light the report that anticipated the arrival of the new compact sedan. 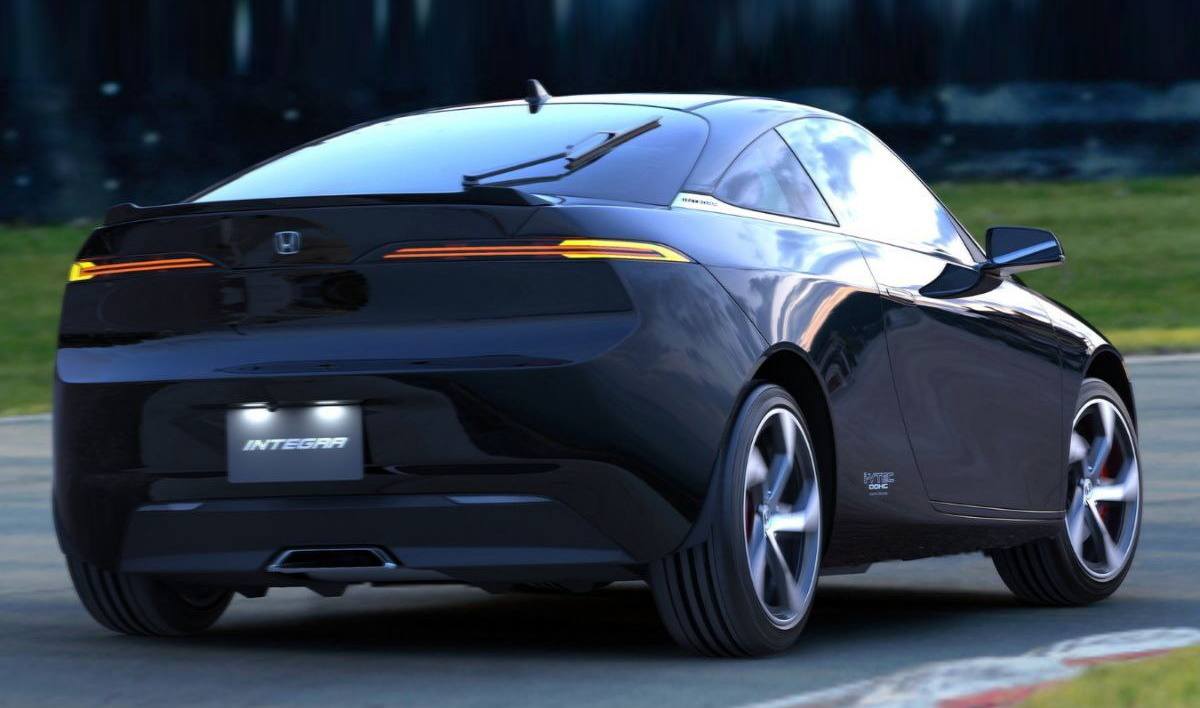 If we analyze these spy photos in detail, although they seem legitimate at first glance, we can find a few suspicious features that lead us to think that we are really facing a retouched photo, as is the case of the fall of the ceiling, which something strange looks in the front image. The license plates are not clearly appreciated but by design some American journalists have claimed they could belong to the states of Ohio or California, where it would be expected to find a prototype for the development of the Japanese brand, as it is precisely there where the main headquarters of the company are located.

If these images are true, we would be facing a most strange model, because in the North American market they had just eliminated the two-door coupe version of the Civic, one of the last compact coupes that we could find in that market. So it would not make much sense to invest in a format that has just been eliminated due to its low sales figure.