In 1518, hundreds of people danced uncontrollably to death. For more than 500 years, the origin of the dance epidemic that hit Strasbourg remains a mystery.

One morning in July 1518, a woman known as Frau Troffea took to the streets of Strasbourg, France, and cHe began a compulsive and frenzied dance that would last between four and six days. The woman seemed possessed by movement, and despite her suffering face, she couldn’t stop. A short time later, a neighbor joined her dance, and then another. By the end of the week, more than 30 people danced day and night.

After a month, at least 400 citizens had been infected by the strange phenomenon. The dancers they fell dead from exhaustion, heart attacks or strokes. Medical and civic authorities decided the best remedy was to get it out of their system, so they assigned a wooden stage to the dancers and hired musicians to keep them active.

The deaths continued until, as suddenly as it had begun, the so-called dance plague ceased in early September. To date, no explanation has been found for that curious historical episode.

It has been suggested that it was caused by ingesting the ergot fungus, the organic version of LSD. However, it is unlikely, because although it causes hallucinations and spasms, by obstructing blood flow to the extremities it makes movement difficult. 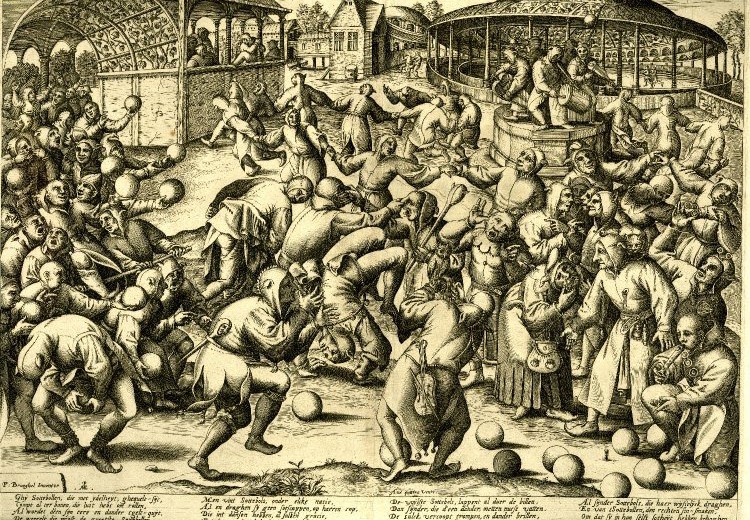 It has also been speculated that the dancers were members of a heretical cult, and that the strange incident was part of an act. However, this is implausible, since their contemporaries claimed that the afflicted did not want to dance, and the dancers themselves expressed their misery and asked for help. Furthermore, they were never treated as heretics.

The most accepted theory was put forward by historian John Waller, who blames mass hysteria. Having suffered from famine, disease and multiple crises, the intolerable stress on the population provoked a massive psychosis. However, this hypothesis also fails to explain why people danced in their misery. Despite various theories to explain the phenomenon, the dance epidemic of 1518 remains a true mystery.

Interestingly, this was not the only outbreak of compulsive dancing in Europe. About ten similar episodes have been recorded before 1518 and one in 1374, in the towns that today are part of Belgium, northeastern France and Luxembourg. Case 1518 is simply the best documented.