Apple TV + has released the trailer for ‘Schmigadoon!’, a musical comedy sponsored by Lorne Michaels that stars Cecily Strong and Keegan-Michael Key. Its first two episodes will premiere worldwide on Apple TV + on Friday, July 16, and from then on there will be a new episode every Friday for a total of six.

In this parody of classic Hollywood musicals, Strong and Key are a couple who embark on a backpacking trip to strengthen their romantic relationship, which is not at its best. In it, they discover a magical town where everyone lives in a musical from the 40s. They soon discover that they cannot leave it until they find “true love”.

Produced by Broadway Video and Universal Television, a division of the Universal Studio Group, ‘Schmigadoon!’ It is created by Cinco Paul and Ken Daurio. In turn Paul is the showrunner and the author of all the original songs of this series that has Barry Sonnenfeld as director of all its episodes. In addition to starring, Cecily Strong is also a producer, with Andrew Singer, Lorne Michaels and the aforementioned Sonnenfeld serving as executive producers. 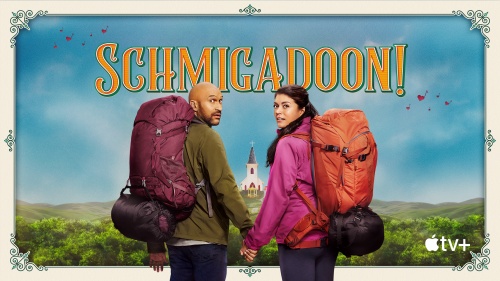