The BMW M4 It is a car that is always in the spotlight of the most purist fans of the motor world. The new generation has not been left behind, as it has raised a lot of excitement with the controversial design of its vertical kidney grill. Tastes aside, the coupe is still a benchmark in performance Thanks to its 3.0-liter inline six-cylinder gasoline mechanics, it can develop up to 510 hp of power. Although in today’s transformation it seems that this data does not count for much.

We bring you what is probably the most unexpected M4 and that BMW will never manufacture for obvious reasons. It is a digital prototype made by the artist Bradbuilds, known for other renderings of this type on colorful cars. Although these types of two-door sports cars are rarely used for travel because of their limited space, he has managed to convert it into a motorhome and that users can spend the night inside with enough comforts. 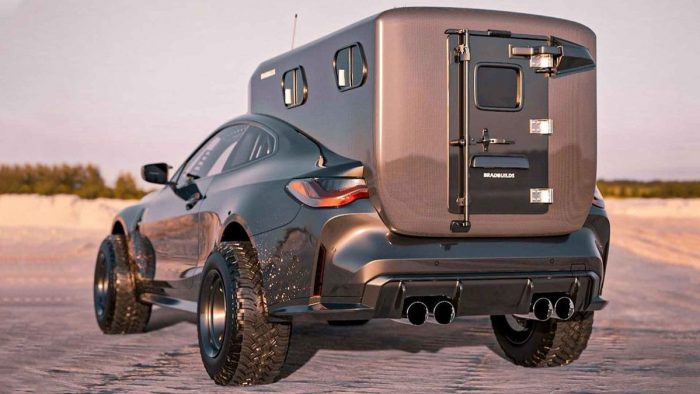 The transformation has been remarkable, since completely removes the second row of seats the BMW M4 (which was fair enough for adults to travel). In order not to modify the main structure, the pillars are kept intact, although they are enter a module occupying the rear and raising its height generously. There is where you can sleep inside, although it gives the feeling that it is more of a single bed, since two people would enter somewhat fair.

In addition to the bed, a small kitchen module and some solar panels to provide energy. Just enough so that the BMW M4 can become a camper vehicle with which to make short getaways. An addition that is added to the digital prototype and that draws attention on an aesthetic level is that it also suspension has been lifted and the sports tires have been swapped for off-road cut tires from BF Goodrich. Therefore, it would also be designed to go off the asphalt. As we say, it will never reach production, but it is clear that dreaming is free. 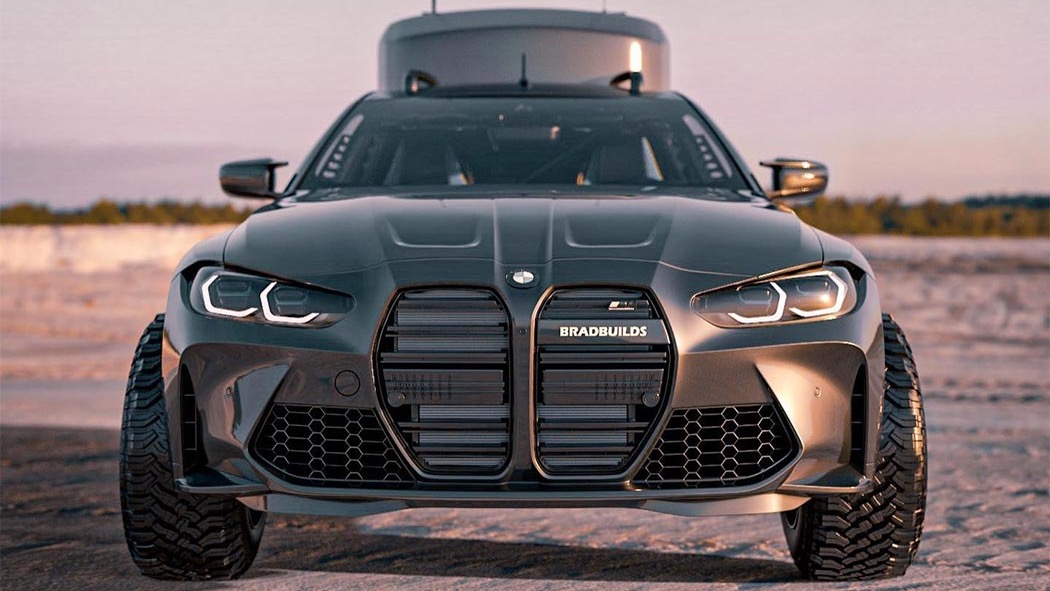