Today we are going to get out of the pot a bit to talk about an engine that is not designed to power land vehicles, if not water.

This is the Mercury Verado 600. A groundbreaking and innovative marine outboard engine that costs a crushing figure of $ 65,000. This might sound like outrageous for an engine, but it’s not far-fetched. We have to think that we are talking about boat engines, and prices in this area are usually higher than in cars. Even more so if it is about engines with the benefits and technology that this one has.

But the new Verado 600 is another matter, it has a displacement of 7.6L and it is V12, with this he is able to develop 600Cv, it’s looking good right? The most important thing about this engine apart from its figures (that resemble a Pagani Zonda or a Mercedes SL 73 AMG) is the technology and systems that surround it, as it solves several common dilemmas. To explain the first before I want to make a small clarification for those who are less versed in nautical. 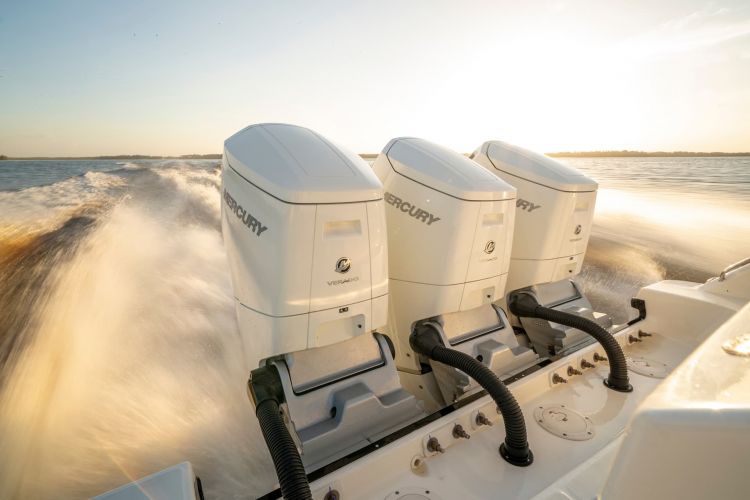 We have all seen those impressive boats of drug traffickers that are used to smuggle large quantities of drugs along the coast, we always see that usually ride between 4 and 6 (and sometimes even more) engines 200 or 300cv. This is not done to run more, since an engine gives what it gives and no matter how many you put to work in tandem, they will not offer more speed. What they do offer is more push, more force and therefore allows launching boats that carry a huge load weight at high speeds. 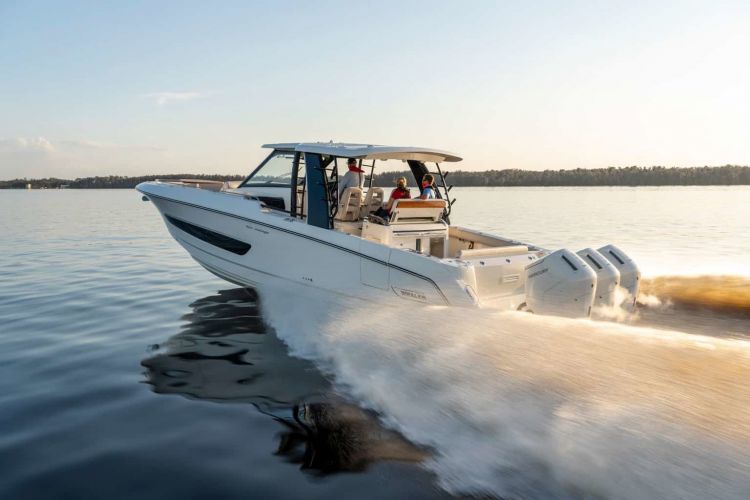 The same problem happens with large ships, which is why the trend until a few years ago was for those ships to mount huge inboard diesel engines, generally two of them. But those inboard engines are more complicated to maintain and fixby its place of placementTherefore, in order to be able to carry out more economical maintenance, the trend has been opting for mounting outboards, engines that were previously intended for smaller boats. As people increasingly want more powerful outboards to mount on larger boats, manufacturers meet that need with wonders like this one we are talking about. 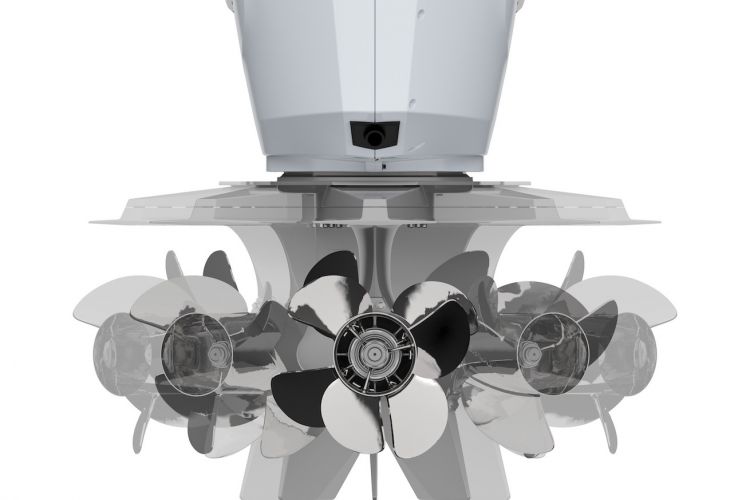 Knowing this, we can already see that first incredible quality of this engine, and that is because of its construction and design, the The motor does not turn as a block to turn the boat, but only the lower part where the propellers go. In this way, where before 4 motors fit (leaving room for all 4 to rotate in unison) now they fit 6. And they also have a greater angle of rotation. This solution makes it much easier not only to be able to couple a greater number of engines to the boat (since they do not collide with each other), but also thanks to this greater turning angle, docking is much easier. A maneuver that also benefits from a special joystick docking system that was previously reserved for larger yachts and vessels. This type of motor also allows another very interesting accessory, the SkyHookIt basically makes it unnecessary to drop anchor, since the ship geo-locates and corrects its position to stay at the same point without using the common anchor. 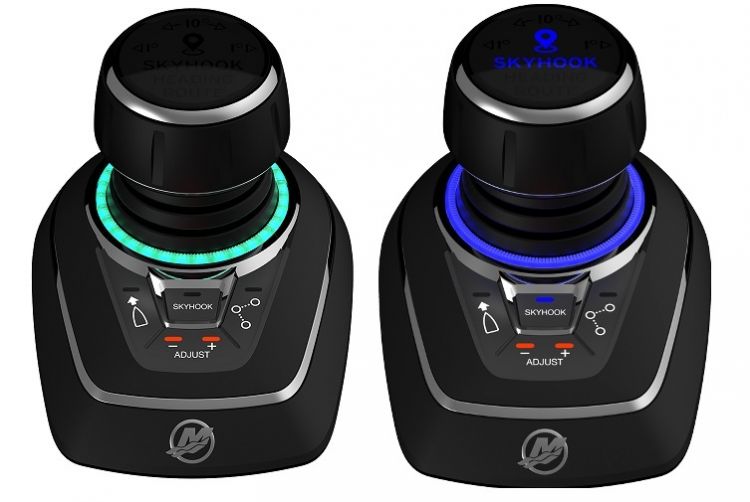 We see that as far as cars are concerned, V12 engines are having less prominence due to the increasingly restrictive “Euros” that are coming out, but it seems that this type of engines are finding their place in our seas and oceans. Perhaps in a few years, the only way to hear and feel the power of a V12 (or 6 together) is to take a ride in a classic or on a boat.