Brands fight on TikTok to make a space among the youngest. Which one has the most views? These are the most popular firms.

The most viewed brands and models on TikTok

In recent years the automotive industry has changed so radically that many pillars are faltering. The arrival of the electric car, the awareness of respect for the environment among the youngest and the wide range of services in large cities, without forgetting the economic difficulties experienced since the 2008 crisis, has made young people rethink their relationship with the car.

In fact, the step that many brands have taken to have their own carsharing fleet, or the wide offer of renting With increasingly affordable fees for individuals, they suggest that manufacturers are well aware of this trend. And in a context where interest in the car as property is lost by leaps and bounds, there remains a loophole where cars continue to present themselves as something purely aspirational, where firms fight to stick their heads out and stand out from the competition: social networks.

It is not surprising that in the purely digital realm, where we spend more time watching the luxury life of other people, where each user builds the best image of himself to offer it to the world, Premium and supercar firms have the highest number of views. 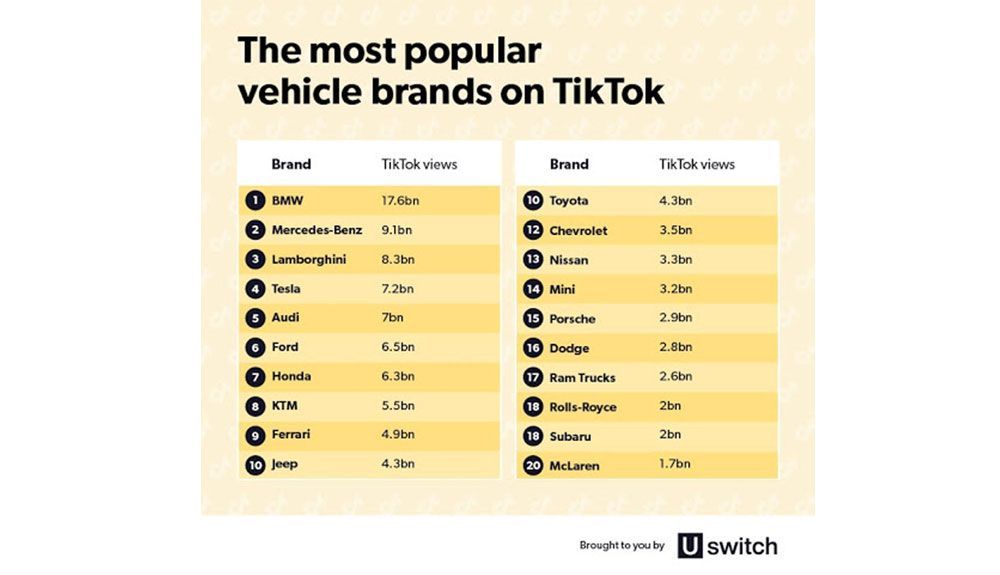 The most popular brands on TikTok, source: Uswitch

TikTok, land for luxury and sports

The company Uswicht, specialized in comparing digital data, has established a list with the 20 most popular firms in TikTok, according to the number of views of your videos. In this listing BMW, Mercedes and Lamborghini stand out as the three firms most viewed by Internet users on the platform. Of these, BMW is the most followed, almost doubling its number of views over Mercedes, the second ranked. 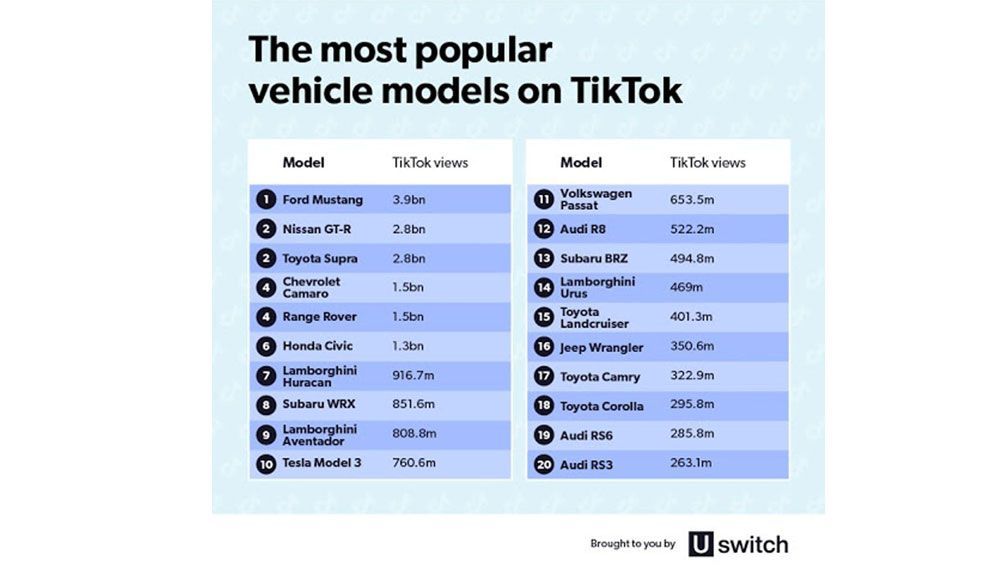 The most popular models on TikTok, source: Uswitch

The same line is maintained if we look at the most viewed models on the platform. The Ford Mustang, the Nissan GT-R and the Toyota Supra are the three cars that have captured the most views. These models are followed by purely aspirational vehicles. For example, the Honda Civic is the only generalist vehicle in the top 10, although everything suggests that a large part of these visualizations will have been taken by publications with the Type-R version as the protagonist.

Behind, already among the top 20, only the Volkswagen Passat, Toyota Camry and Toyota Corolla They are the only vehicles that we cannot include within sports and supercars, luxury SUVs or off-road vehicles as specific and niche as the Jeep Wrangler.