The very tough series of the quarterfinals of the Euroleague against Zenit Saint Petersburg, which the Blaugrana successfully ended in the fifth match, resulted especially hard for Àlex Abrines, mainly at the mental level in offensive tasks.

Maximum delivery is a non-negotiable premise for the Balearic, who scored at a high level in defense despite not having too many minutes in front of a team with excellent scorers from the perimeter like Billy Baron (especially), the versatile Will Thomas and the Russian Andrei Zubkov.

However, the former Oklahoma City Thunder was the victim of the almost perfect interpretation of the change in blocking exteriors posed by those of Xavi Pascual. And it is precisely in that facet of the game in Abrines that he usually finds advantages and spaces. 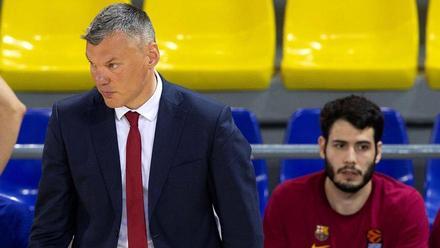 The Unicaja youth squad has shown more than enough your ability to perfectly interpret screens and when he manages to get out ‘glued’ to the blocker to ‘square’ on two legs and throw, he usually has surgical precision.

The fact is that Abrines settled all five matches with a pyrrhic global balance of three missed triples when in the regular phase it had presented a remarkable 53/127 (42%). And his face was the mirror of what was happening, that feeling of doing everything right and not even being able to throw.

Sarunas Jasikevicius is very clear about the enormous importance of both the Palmesan and Kyle Kuric reaching the highest level in the Euroleague Final Four to ‘destroy’ rivals from the perimeter.

Therefore the resounding victory last Sunday on the track of a Real Betis that celebrated the permanence of the most ‘sui generis’ way (58-109) could have been more important than it seemed at first glance in the face of the objective of lifting the third Euroleague of the sections in Cologne after those of 2003 and 2010.

Released from that pressure to which he was subjected against Zenit, Àlex Abrines found spaces and showed his fiercest face in front of those of Joan Plaza (Great job of the Catalan in Seville) to value almost one point per minute played.

The island forward scored 20 points and a PIR of +24 in 26 ‘with sensational percentages (3/3 of two, 4/5 of three and 2/2 in free throws), in addition to catching four rebounds, giving away two basket passes and placing a block. He was even determined to penetrate when he saw space, another aspect of the game in which he was almost unstoppable.

Abrines must take advantage of the two league crashes that remain against TD Systems Baskonia and Lenovo Tenerife to fully recharge their trusted batteries now that the wind is blowing in favor and his renewal with FC Barcelona seems to be more than outlined, according to the website ‘Piratas del Basket’ yesterday. 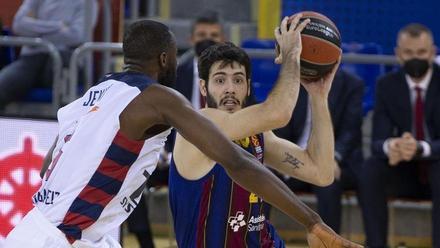 Abrines must be an important player in Cologne

And there the azulgrana will once again show that his commitment to the project and to the club is total. When he arrived from the NBA in the summer of 2019, the Spaniard agreed to a three-year contract with a notable salary increase in the third (next). Well, it seems that Abrines could forgo that upgrade in exchange for increasing engagement for a longer time, perhaps until June 2024..