What if the reason we haven’t made contact with intelligent civilizations yet is because most of them have annihilated themselves?

A new study by the California Institute of Technology proposes a radical solution to the Drake equation, the famous 1961 formula for estimating the number of intelligent civilizations that inhabit the Milky Way:

Although the recent discovery of thousands of exoplanets – and hundreds of rocky worlds like Earth – leads us to imagine that our galaxy is a corner of the Universe brimming with life, it is likely that the reason we are not yet receiving any signals from intelligent civilizations is because perished before we were able to contact each other with them.

Such is the conclusion of a study carried out by astronomers from the California Institute of Technology (Caltech), after developing a mathematical model that takes into account a factor that they consider key: the possibility of self-annihilation of the most advanced civilizations.

According to the Drake equation, the key factors for the development of an intelligent civilization depend on conditions such as the planet being within the habitable zone regarding its sun, that its star is young enough to give it light and heat for millions of years to allow the development of life and its evolution into complex forms, or that this world is not close to the explosion of a supernova that may threaten life in it.

It may interest you: Super Earths: the Earth-like exoplanets perfect for life

To all the above variables, the team added the possibility that, once superior technology is achieved, intelligent civilizations tend to self-destruction from the development of nuclear weapons, global warming and other similar threats. 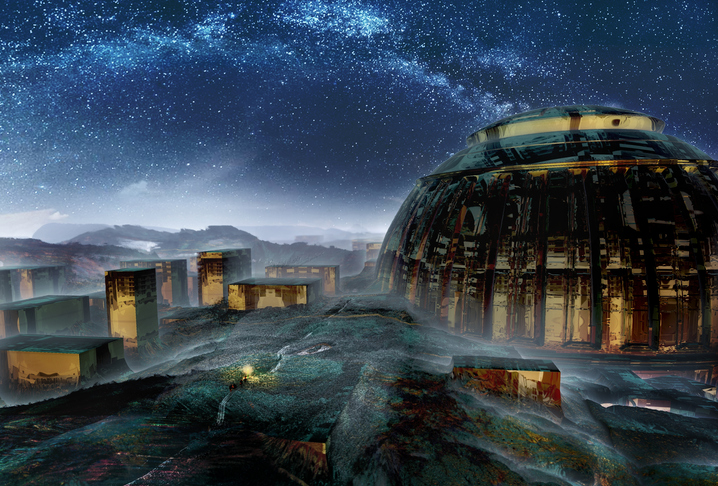 After running the mathematical model, the study authors concluded that the most likely time for the appearance of intelligent life in the Milky Way occurred 8 billion years after its formation already about 13 thousand light years from the center of the galaxy.

Considering the previous estimate and taking into account that Earth is twice as far from the center of the Milky Way and that intelligent life on our planet appeared 13.5 billion years after the formation of the galaxy, the outlook to find another intelligent civilization seems discouraging:

From this perspective, the study authors concluded that humans are a late civilization found on the limits of the Milky Way’s habitable zone, a development of intelligent life that arose when most civilizations in the galaxy had disappeared annihilated by themselves.

They detect a mysterious alien signal coming from Proxima Centauri