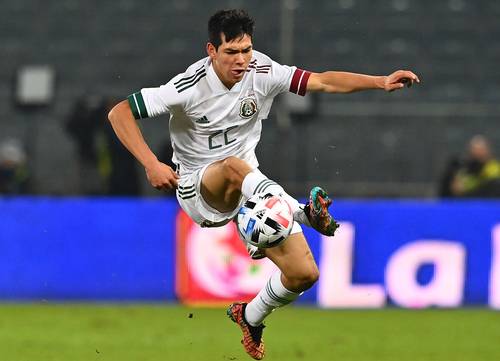 With goals from Raúl Jiménez and Hirving Lozano, in a friendly clash El Tri beat Japan 2-0 after overcoming a bad first half, in which the dizzying pace of the Asians prevailed. Mexico dominated the complement of the game played at the Merkur Arena in the Austrian city of Graz, in the midst of a dense fog that created a surrealist frame and forced the change of the ball for a phosphorescent orange one that made it visible.

In the last game of the year of the squad directed by Gerardo Martino, the tricolores lived tortuous moments of bewilderment, as the Japanese, as soon as they settled on the field, became a whirlwind, which again and again touched the goal defended by Guillermo Ochoa. The figure of the goalkeeper of America became giant, he struggled like an octopus to make multiple saves and keep his frame intact.

The rear was exhibited, confusion and disorder reigned before the attacks – by the center and the sides – commanded by Kamada, Suzuki or Haraguchi. At minute 11, Ochoa flew to the side and deflected with his left hand, then, before Suzuki, he saved by stretching his right foot. Little by little the storm abated and in the complement the panorama changed, so that the Tricolor again resolved in a matter of minutes, as it did against South Korea.

Coach Gerardo Tata Martino made changes towards the second half with the entry of Edson Álvarez and Luis Chaka Rodríguez, but also another attitude was seen in his pupils. Around minute 60, a thick cloud invaded the stadium that fogged everything, even so, Jorge Sánchez released a shot that hit a defender, then Raúl Jiménez threw his header aside and then crossed another shipment, until at 63 he decreed the 1-0.

Jiménez made a wall with Orbelín Pineda, the return fell short and in the dispute with Maya Yoshida, the Wolverhampton attacker came out with flying colors to aim for the far post, before the useless stretch of goalkeeper Daniel Schmidt. Four minutes later, Néstor Araujo stole the ball and yielded to Henry Martín, who had just entered for Jiménez and served Chucky Lozano, he outlined to release an unstoppable cross shot with his right hand and establish the 2-0 at 67.

At a press conference, Martino concluded that despite the fact that this year it looked very abnormal due to the pandemic that governed 2020, we have had the possibility to correct, so for the selection it ended up being productive for the four games played in the pair of tours by Holland and Austria against rivals who leave lessons, lessons and situations to correct.

He admitted that he feels calm having a bank that offers him possibilities to modify strategies and that at the same time generates competition, so that there is no comfort for anyone. He gave the example of this day, since – he admitted – Japan was better in the initial part, but with the entry of Chaka Rodríguez and Álvarez the situation changed, and thus envisions the possibility of continuing to be solid and competitive, and a range of means.

Finally, Martino said that the two years of this cycle have been with Ochoa as the starter in goal, however, he stressed that the others have done well as well. “Memo has made a difference, but he has to keep competing,” he concluded.