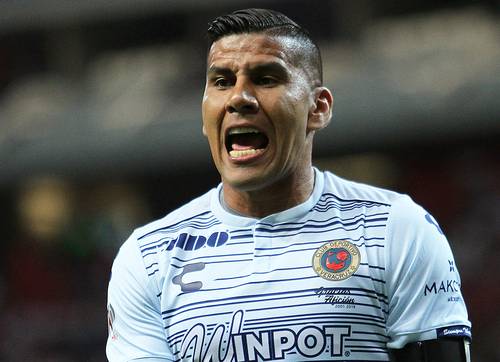 ▲ García said it was a mistake for Carlos Salcido, a former Chivas and del Tri player, to assume the leadership of the LBM when he did not have the capacity or preparation for the position. Photo Jam Media

The Mexican Football League (LBM) is over, said Antonio García, former owner of the Ensenada Club, who prior to the start of the competition separated himself from the leaders today sued for fraud in Veracruz. He also accused Víctor Montiel, Rafael Fonseca and Carlos Salcido: They won their ambition, because there was money, but they and some of their children bought houses of 5 million pesos, cars of the year, apartments and now they do not find how to return it.

Garcia, who enthusiastically participated in all the preparations for the start of the LBM tournament, retired prior to kick-off. He explains: “We had all the factors to succeed and perhaps the pandemic favored us, because Enrique Bonilla (president of the Liga Mx) had just sacrificed the Liga de Ascenso and that caused unemployment and a lot of anger; The pandemic arrived and they canceled the Clausura 2020 tournament, there was more annoyance! A fed up with the decisions of the Federation (Mexican Soccer).

“People started supporting the Football League project. I had a lot of sponsorships in my hands, which were not closed because Fonseca was asking for excessive amounts. I had a friend talk with the team owners and I introduced them to a television station with a logistics company, all signed, so that they could help us get the contract for the season, but the power struggle began, they got upset, they thought that I was moving, I told them that I was only helping.

“It all ended in a breakup. I said ‘I don’t play. I don’t have 20 million to endure a season without people in the stadium, without beer sales, without television. ‘ Right now I am working to correct my accounts because you use credits, funds. To recover and find later where we can get into football ”, he refers.

The LBM began and García accuses the former Tri defender, Carlos Salcido, of having interests, because at the time he headed the Football League he has a team in the Third Division, Ocotlán, as well as a son playing in the Sub-division. 17 of Chivas and it had been pointed out that there would be no ties with the Federation. I think that the transition of a player from the court to the desk should be with academic preparation and Carlos does not have it. It’s a mistake to take on a challenge when you don’t have the ability, he stated.

He sat in the FMF’s Third Professional Division as president and owner of a team and then came to the Football League to act as a starter, there was a conflict of interest, personally I think his performance left much to be desired, abounded.

And now that they are being sued for fraud in a Veracruz court, “Salcido clarified that a couple of weeks ago he had resigned as president of the LBM, implying that he is alien to that conflict. In addition, he announced in April the start of a new league with a new name, which would include some of the strongest teams, such as the Chapulineros de Oaxaca.

That is why I affirm that the LBM does not continue, it ended because there is a lawsuit for fraud against Montiel and Fonseca, so it is very logical that the League does not go further. They unfortunately did not support themselves and, as I mentioned, they acquired real estate in the best areas of Guadalajara.