The Mercedes-AMG GT Black Series has broken the Nürburgring circuit record for production cars. The German supercar stopped the clock at 6’43 « 616, thus beating the Lamborghini Aventador SVJ record by 1.354 seconds. Maro Engel was the driver responsible for the feat.

Since mid-October there have been rumors that the Black Series had broken the Green Hell record, but Mercedes-AMG has not made an official statement until Wednesday. The final data validates the first estimate that Misha Charoudin had made at the time, who had timed a lap at 6:43.

The AMG GT Black Series is the most capable sports car from Mercedes-AMG. Its 730 horsepower V8 engine allows it to accelerate from 0-100 in just 3.2 seconds, but it is its well-crafted aerodynamics that give it the cornering grip needed to fly the Nordschleife. In Spain it is available from 415,000 euros.

The car made an official attempt, setting 6’43 « 616 on the 20.6-kilometer long track traditionally used for records, with the start at the end of the finish stand and the finish at the beginning. In the full turn, that same turn was 6’48 « 047.

There is a video of the feat.

« It was an impressive lap, » Engel commented after his record. « With speeds close to 270 km / hour in the Kesselchen section and speeds in excess of 300 km / hour on the long Döttinger Höhe straight, the AMG GT Black Series is significantly faster than my GT3 car. »

« Like my GT3 car, the AMG GT Black Series provides you with many possible settings, which have helped me create a unique setup for myself. It is impressive how much downforce it generates and the confidence it gives you when you drive it, even when you are riding. limit ». 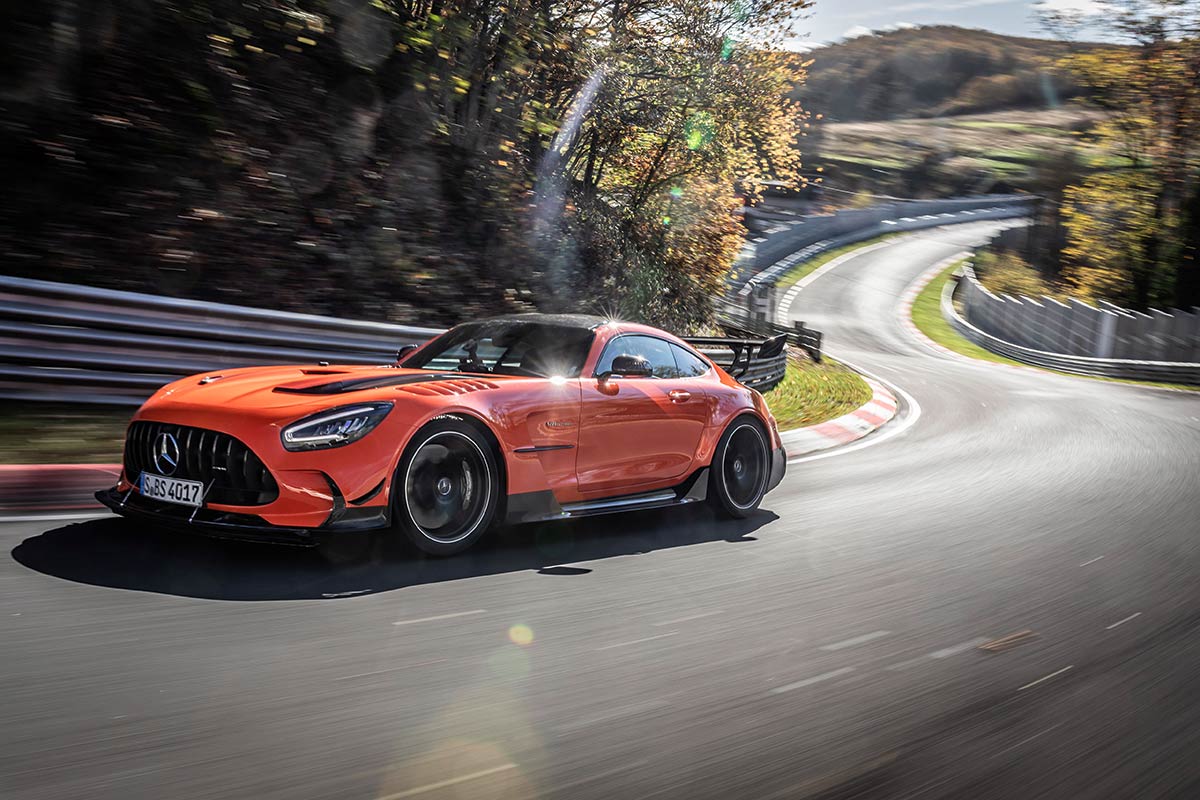